Is This The Vape Apocalypse? A Complete Survival Guide

Vape oil may be your method, but it could be time to switch that up.

No doubt you’ve come across someone vaping in the last few years, exhaling a large cloud of steam after inhaling some vape oil.

Where vapes differ is in the product you are aerosolizing. You can also use vape devices to inhale an aerosolized product that only produces a taste. These vape devices are typically used to help quit cigarette smoking or to compete in vape competitions. Other devices include nicotine or cannabis vaping, where the vape liquid contains either nicotine or a cannabinoid for aerosolizing and inhalation.

CDC Warns People to Stop Vaping Until More is Known

While vape products may seem like harmless water vapor to many, their liquid contents can contain a variety of substances. And it’s the safety of these substances that regulatory and health agencies are calling into question.

The Centre for Disease Control (CDC) recently released a statement saying that the first death linked to vaping use had occurred in Illinois. A severe lung disease was the cause of death. The CDC went on to say that the potential dangers of vaping use are serious. Especially when the substances used in vaping devices are largely unknown. Consumers could be inhaling a variety of solvents and flavorings alongside their typical nicotine or cannabis. It is these substances which could be doing unknowable damage.

Troublingly, in a more recent press release (September 6) the CDC updated and intensified their “vape lung” warning. In the announcement last week, the CDC confirmed that the public health agency now believes some four hundred and fifty people are affected, and as many as five have died.

“Based on the clinical and laboratory evidence to date, we believe that a chemical exposure is likely associated with these illnesses. However, and I really want to stress this, more information is needed to determine which specific products or substances are involved,” read a statement on the issue by the CDC’s incident manager Dana Meaney Delman.

Early reports hinted at a link to Vitamin E acetate as a cause of “vape lung.” This vitamin complex byproduct is formed during the vaporization process. Delman was quick to downplay this, however, by insisting nothing, yet, is concrete evidence. 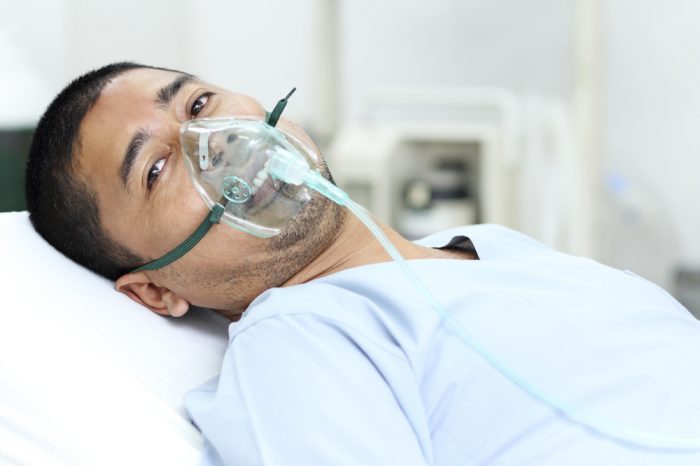 How Vaping May Cause Respiratory Disease

Recent reporting of patients with severe respiratory disease, linked to vaping use, just adds to the storm. These are clearly part of the four hundred and fifty cases the public health agency believes currently exist. The CDC, FDA, and state health officials are investigating these respiratory incidences while working to reduce the risk of further incidences.

Afflicted patients report shortness of breath, chest pain, vomiting, diarrhea, fever, and fatigue. Many of these patients also report using cannabinoid vape products, particularly those containing THC, or (tetrahydrocannabinol). However, ongoing research must finish before we can determine the exact cause of these high rates of illness. This especially, since different causes or diseases could be in play.

Lipoid Pneumonia Could Explain Some Deaths

Just last week, doctors identified a previously unrecognized characteristic of vaping-related respiratory illness: Fatty cells in the lungs of those affected. This is a pattern that’s been emerging across the U.S. in recent months. The lungs of patients with the mystery illness appear to have large immune cells. These cells contained numerous oily droplets, called lipid-laden macrophages.

The findings by researchers at the University of Utah Health may help doctors to facilitate and expedite a definitive diagnosis. This in turn would provide the correct treatment sooner. It could also aid investigators as they search for what is causing this mysterious condition.

“While it is too soon to be sure. These lipid-laden macrophages may turn out to be useful to confirm or rule out this disease. They may also be helpful in understanding what is causing this illness,” said the study’s senior author Scott Aberegg.

“Popcorn Lung” And The Dangers of Vape Oil Flavoring

One component of vaping products that may be responsible for this respiratory outbreak is a flavoring called diacetyl. Also known as 2,3-butanedione, diacetyl is a flavoring additive used to give a butter-like taste. Manufacturers often use it to flavor vapes. Diacetyl is currently present in a range of vape flavors, including cherry and custard.

The problem with this flavoring is its potential to cause lung disease. Diacetyl first came to attention in 2000, when former workers of a microwave popcorn factory developed bronchiolitis obliterans after long term inhalation of the chemical. This is an inflammatory disease that results in complete obstruction of the bronchioles in the lungs. Four of the former popcorn factory workers ending up on lung transplant lists. This story granted the disease the moniker, “popcorn lung.”

A 2008 study, published in Toxicologic Pathology (2008), sought to investigate this lung disease and the popcorn manufacturing link. The study had rats inhale diacetyl either continuously for six hours, as just a single dose, or for four short, intense exposures over six hours. The researchers then measured the rats for lung health factors. The study found that diacetyl inhalation caused the death of epithelial cells and inflammation in the nose, trachea, larynx, and bronchi of the rodents. Interestingly, both the repeated and continuous diacetyl exposure resulted in injury to epithelial cells. The study concluded that inhaled diacetyl demonstrates dangerous effects and could be a respiratory hazard. 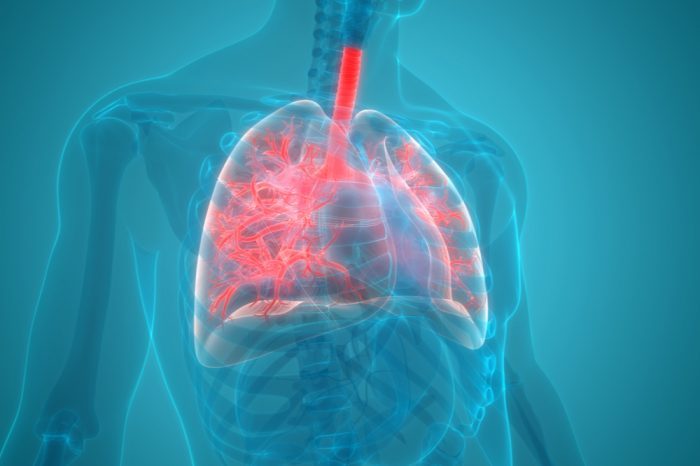 Sadly, diacetyl isn’t the only flavoring to blame. A 2019 study found that over 7000 vape flavorings showed evidence of inducing cellular and tissue damage. A recent literature review of vaping studies found that flavorings and nicotine content, in particular, demonstrate detrimental effects on cell lines and animal models.

Doesn’t This Sound a Little Familiar?

Some readers will remember all those years of “big tobacco” telling the public that cigarettes were safe. Millions of unnecessary deaths and several huge lawsuits later we have all discovered that tobacco is the most insidiously lethal drug of them all.

Flip forward in time and the public are now experiencing a collective case of deja-vu. Just this month, the Food and Drug Administration (FDA) issued a warning to vaporizer manufacturer Juul over the misrepresentation of its products. It appears that Juul have been telling consumers that their products are less harmful than traditional cigarettes.

Accused of marketing its products to kids, the FDA says Juul has been insisting their vaporizers are “totally safe” and a “safer alternative to smoking cigarettes.”

This was a statement California-based vape giant Juul did not have permission to make, according to the FDA.

“Our simple and convenient system incorporates temperature regulation to heat nicotine liquid and deliver smokers the satisfaction that they want without the combustion and the harm associated with it,” was another unauthorized claim, found on the Juul company website.

Thankfully, the FDA’s warning comes with the threat of pulling Juul products from the market completely, if the company offers any resistance to the the agency’s investigation.

What Next for Vape Oil Devices?

So what does the future hold for vape oil devices? A public health professor warns that an e-cigarette ban in Canada may see a black market emerge for the product. David Hammond, a University of Waterloo professor suggests stricter regulations as a smarter alternative to an outright ban. This, he believes, will better curb the popularity spike of vaping among youths.

RELATED  Hemp vs Cannabis: Read Before You Go To The Dispensary

“We can’t wish them away, to the extent that we have many, many Canadians using these products. I don’t think pushing those folks outside the legal market makes sense,” said Hammond whose research on chronic disease has recently focused on vaping. “But, there is a lot to be done in terms of how easy it is to access these products,” Hammond concluded.

San Francisco was definitely ahead of their time when it banned the sale of e-cigarettes. They took this step even though the above-mentioned vape manufacturer Juul is based in that city. More recently, Michigan joined the party by becoming the first state to ban the in-store and online sales or vape devices. Vaping Advocates in Michigan argue that the ban will only create an unwanted black market for the products. 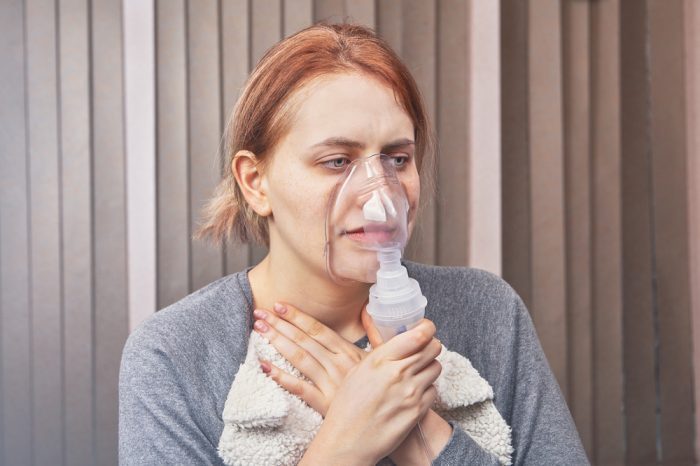 So Can You Vape Cannabis?

The safety of one’s vaping comes down to whether they use a traditional vaporizer or a vape pen. There is lots of documentation that smoking cannabis releases more cannabis-based toxins than traditionally vaping dry cannabis. However liquid-filled pens can introduce even more dangerous toxins to a person’s body.

Current vape pens for sale in smoke shops and dispensaries aren’t the same as traditional vaporizers.

To use a traditional vaporizer, a person puts ground, dried, cannabis into the vaporizer’s chamber. The chamber then heats up enough to release the cannabinoids without combustion taking place. Afterwards a brown, brittle, and decarboxylated version of your cannabis remains. With no recorded deaths linked to it, dry flower vaping is safer than the pens according to the stats.

It’s a worrisome time for vapers. The general feeling is that one should steer clear of cartridges until we have more information. Definitely avoid vape products with flavorings, such as diacetyl. Vape with flower, or better yet, consumer edibles or oil.

The DEA Wants The Carolinas To Hand Over Their Vape Pens