Is Weed a Depressant?

While many gain so much from cannabis, is weed a depressant?

Let’s first define what a depressant is. Depressants act to slow or depress the central nervous system. These tend to reduce the rate of brain activity by slowing the rate at which the body transmits internal signals. Common depressant drugs include barbiturates, benzodiazepines, and sleep medications. Among patients who exhibit legitimate conditions such as anxiety or insomnia, the use of depressant medications like Xanax or valium is often appropriate. But is weed a depressant too?

And is it fair to lump cannabis in with such substances?

Most depressants interact with the GABA system in the brain. GABA (gamma-aminobutyric acid) is an inhibitory neurotransmitter that induces feelings of relaxation and lowered inhibitions. It also exhibits anticonvulsive, anxiolytic, and muscle relaxant properties.

Weed is Not a Depressant According to Definition

Although cannabis can produce depressant-like effects, strictly speaking, it is not a depressant. Rather than acting as a GABA agonist, the sedative effects of cannabis stem from its ability to increase dopamine levels within the brain.

A study published in the journal Nature (2016), detailed the “indirect effects of cannabinoids on dopamine release.” Researchers went on to describe how the prolonged consumption of cannabis can decrease the amount of dopamine in the brain. With reduced dopamine levels, individuals often find themselves unmotivated and lethargic, two common symptoms modulated by depressants.

As with depressants, the prolonged consumption of cannabis means that consumers can develop a tolerance. Essentially, this means that patients require more to feel the same effects. It’s the similarity of the physiological response that leads many to the false belief that cannabis is a depressant. 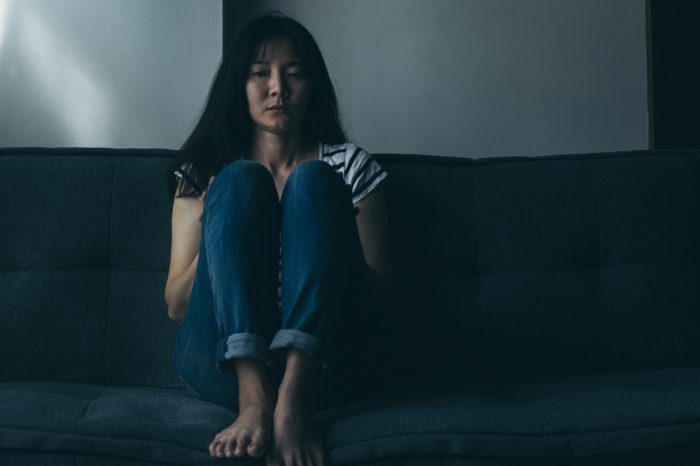 But, Can Cannabis Consumption Lead to Depression?

Due to years of Prohibition, scientists are playing a game of catchup when it comes to establishing the broader implications of cannabis consumption. There is currently no definitive scientific study that links cannabis consumption to causing depression.

That said, cannabis can potentiate the emergence of underlying depressive symptoms. Many consumers medicate with cannabis as a form of escapism. The ensuing altered state induced provides the means for many to numb themselves to the existing negative feelings within.

RELATED  Human Trafficking And The Dark Side of Cannabis Culture

A study published in the Journal of Substance Abuse Treatment (2008), examined a cross-section of cannabis consumers and detailed their reasons for doing so. Researchers established that for many consumers, “it provided an escape or relief from problems and helped ease the anger and frustration caused by unhappy relationships.” Researchers reported that thirty-six percent of those surveyed consumed cannabis to escape from problems.

Cannabis is unusual in that it can potentiate the effects of underlying depressive symptoms and also aid those currently battling depression.

In a study published in the Journal of Psychoactive Drugs (2014), researchers noted a seventy-five percent reduction in PTSD symptoms among subjects who consumed cannabis.

Any patients who wish to treat depression with cannabis should be aware of which plant compounds are most beneficial. Terpenes are particularly potent when it comes to modulating the medicinal effects of cannabis. When it comes to depression, the terpene limonene has long since been recognized as having antidepressant properties.

A study published in Pharmacology Biochemistry and Behavior (2013), investigated the anxiolytic effects on limonene. Researchers hypothesized that limonene may be useful in aromatherapy as an antianxiety agent.

Another study published in Neuroimmunomodulation (1995), involved twelve patients with depressive symptoms. After inhaling a limonene-infused vapor, nine of the patients went on to reduce their antidepressant medications.

While cannabis terpenes, such as limonene, show much stimulating promise, so too do other cannabinoids. CBD, in particular, exhibits some potent benefits in treating depression. A study published in Frontiers in Immunology (2009), investigated the role CBD plays in the treatment of several conditions, including depression and post-traumatic stress disorder.

Researchers believe the effects of CBD to be wide and varied. One mechanism of action is its effect on the serotonin system in the brain. Serotonin impacts a wide range of bodily functions, including the emotional state and underlying feelings of well-being. One of the main challenges faced by those with depressive symptoms is maintaining balanced serotonin levels.

RELATED  How To Make Rosin Easily At Home

Terpenes and minor cannabinoids play a significant role in harnessing the medicinal properties of cannabis. If scientific studies are anything to go by then certain concentrates like high THC shatter, for instance, may not be the best choice for anyone battling depressive symptoms. The reason for this is that shatter is devoid of additional terpenes and cannabinoids, making it incapable of producing the synergistic entourage effect. 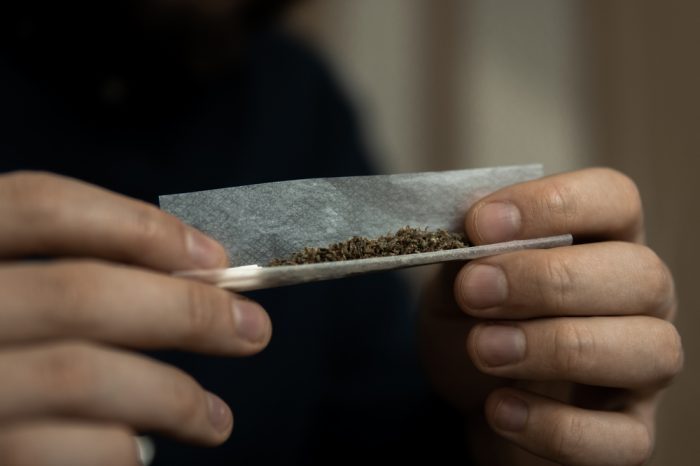 Why Intention is Everything

The powers of cannabis can be harnessed for good or for ill. Where some consume it as an ally toward improved health, physical or spiritual, others consume to numb out pain. The latter often rely on it as a method of not dealing with or not feeling the deeper pain that lies within. This is true whether or not weed is a depressant.

What sets both these scenarios apart is a firm intention. Merely asking the question of why we choose to medicate in the first place is powerful. Intention brings purpose to the act of consuming cannabis. And that intention may be anything, perhaps a mindful approach to playing music, writing poetry, meditating, or walking in nature. With the patient clear on the reason for consuming cannabis, then to what extent can it be considered escapism?

There’s nothing inherently wrong about the need to escape feeling inner pain. But doing so mindfully is very different from acting out unconsciously. As the great Richard Feynman so eloquently put it, “The first principle is that you must not fool yourself and you are the easiest person to fool.”