Joint vs Blunt: How Your Roll Affects Medicinal Effects

Do you know that how you roll your cannabis can greatly influence the medicinal effects?

The joint vs blunt debate has never been fully settled in many circles. However, science shows that there is one clear winner when it comes to achieving the optimum medicinal benefit from your smoke—and that’s the good old-fashioned joint. Here’s why:

Joint Vs Blunt – What’s the Difference?

There are countless ways to smoke cannabis, and depending on where you are in the world, you’ll find that people’s habits often change. Where North Americans typically roll a joint, Europeans are known to roll with some form of tobacco included.

Those who began smoking cannabis before the advent of dabs and vapes likely had their first experience with a joint. A joint consists of cannabis rolled in a light, translucent, paper. They are synonymous with cannabis use going back decades, and still to a large extent are one of the most popular ways to consume cannabis.

Blunts are like cigars in the cannabis world. They contain ground cannabis, rolled into a wrap made from tobacco pulp. Some people take a cigar and remove the tobacco before rolling a blunt with the casing. Because of the presence of tobacco, consumers also ingest a dose of nicotine, and receive the mental stimulation it brings.

But, what does the science say about why one or the other is more effective for pain management and the ensuing medicated hit? 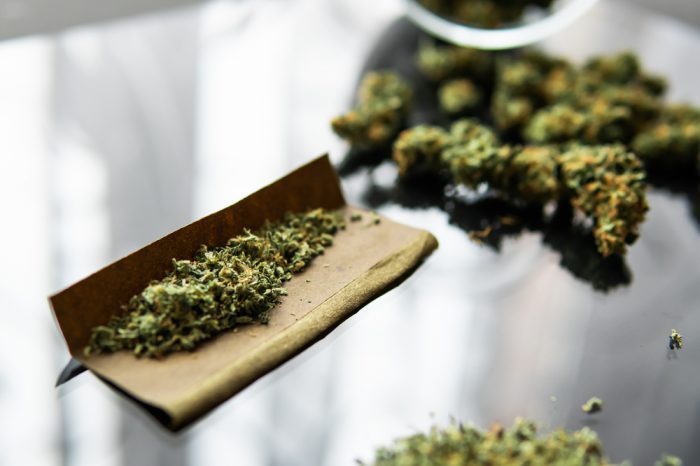 Joint Vs Blunt  – What Does the Science Say?

Quite a lot as it happens. And as luck would have it, a 2009 study carried out at the College of Physicians and Surgeons of Columbia University, New York, investigated the effects of both.

The study systematically compared the effects of cannabis smoked via both blunts and joints. They enlisted the help of 24 participants (12 men and 12 women). Over six sessions, they proceeded to evaluate the effects of each on heart rate, blood pressure, carbon monoxide levels, and THC uptake.

The researchers first blindfolded the participants. Next, they gave them three puffs, and monitored for three hours after administration.

The results were surprising. Administration via a joint led to an increase in plasma THC as well as an increased subjective rating regarding the level of intoxication.

When it came to blunts, the levels of plasma THC were reduced by 50% when compared to smoking a joint. Despite this, blunts produced an equivalent increase in heart rate when compared to joints. More worryingly however, these also increased carbon monoxide levels within the participants’ bodies.

In short, the findings suggested that smoking cannabis in a joint is a much more favorable way to administer your medicine when compared to using a blunt. The worrying increase in carbon monoxide and the decrease in levels of THC plasma clearly do not benefit patients, especially those medicating for pain relief. 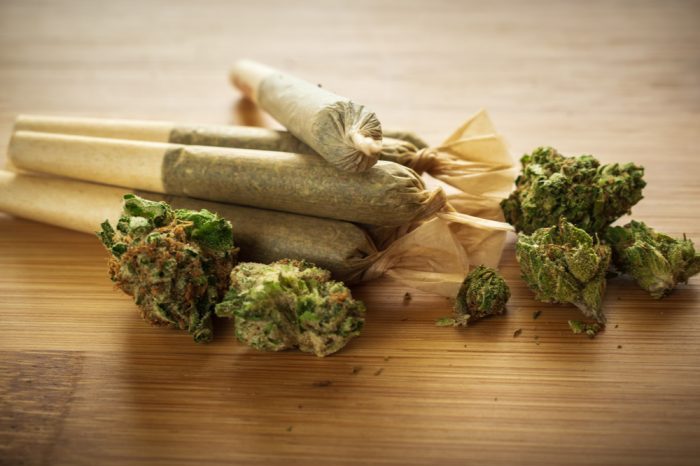 What Contributes To The Pain Relieving Properties of Cannabis?

When it comes to the medicinal use of cannabis, what’s important is the administration of the entire range of plant compounds. Via what is known as the entourage effect, the medicinal effects of cannabis modulate much more efficiently.

When it comes to pain relief, increased levels of THC have been shown to help patients manage pain in multiple sclerosis, peripheral neuropathic pain, intractable cancer pain, and rheumatoid arthritis. In addition, studies by GW pharmaceuticals have shown that exposure to CBD helps counteract the sedation or anxiety that many report after THC consumption. A further study from them shows that the presence of CBD can extend the half-life of THC, and this also contributes to the pain-relieving properties associated with THC.

What’s clear is that with increased THC levels, the greater the pain-relieving properties of cannabis.  With 50% more THC present in the blood after administering medicine with a joint, the data is pretty clear – joints should be better than blunts for pain relief.

Nicotine as a Nootropic

Despite what the science shows, many people still enjoy smoking blunts. Much of this is no doubt due to the presence of nicotine.

Nicotine provides mental stimulation – it does so because it has nootropic tendencies. A nootropic is a supplement that enhances cognitive abilities and is free from harmful side effects and addictive tendencies. It may come as a surprise to many, but some consider nicotine a nootropic. The big black mark against it is its strong addictive potential.

To experience the nootropic benefits of nicotine, you don’t have to smoke any form of tobacco. The least harmful methods of administration include low-dose nicotine patches, lozenges, and sublingual sprays.

While it won’t help with pain relief, but it can make you more vigilant, sharpen short-term memory, help with verbal fluency, increase reaction times, and suppress appetite. 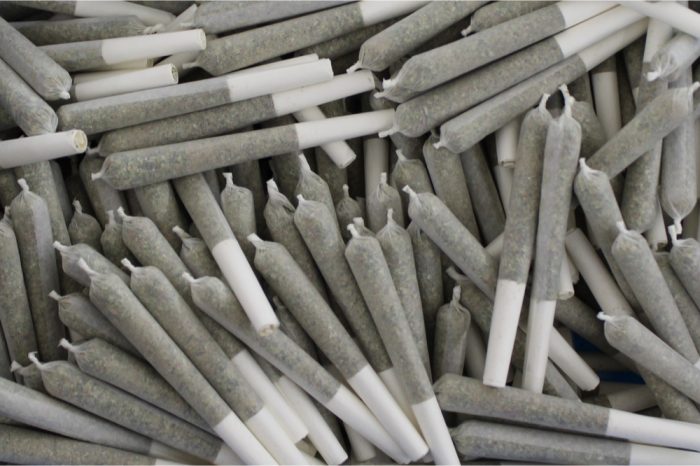 Here’s one thing to remember, regardless of what comes of the joint vs blunt debate. It’s that smoking any form of plant matter can never be 100% safe. This study only addresses that a joint may be superior to a blunt for patients seeking pain relief.

Smoking tobacco has been a complete catastrophe just about everywhere. Still, some are after the potent effects of nicotine supplementation. The responsible and occasional administration of nicotine from a safer source may give you an early-evening edge in productivity. But, it is a highly addictive substance.