Landrace Strains Are the Holy Grail of Cannabis

Many a landrace hunter has risked life and limb cutting their way through a jungle or dangerous political terrain to find a singular, untouched, species of cannabis.

In the industrialized, modern world, we don’t usually pause to consider where our food comes from. We can simply go to the grocery store, buy whatever we want, and take it home in our cars. Someone else grows our food, harvests it, processes it, and places it neatly into whatever package we eventually find at the store. You’re not going to find a landrace strain in any convenient spot.

In The Jungle Hunting Down a Land Race

In January, Vice posted a short video documentary about two cannabis breeders “hunting for a rare Congolese weed strain.” In it, Arjan Roskam and Franco Loja, the heads of Netherlands’ Greenhouse Seeds, traipse around Africa searching for a Congolese landrace. Day after day, their arduous journey leads nowhere as they first stumble on plants that are too young (no seeds). Later, they end up in a wooded area burning to the ground, presumably someplace where they were told they would find this rare cannabis plant.

A week into the trip, they finally find a field with mature plants bearing seeds. Loja exclaims, “For seven days of bullshit, this is it!”

This is it. Why would these two men go to such extreme lengths to find one landrace breed of cannabis plant? Aren’t there literally thousands of other readily available breeds they can choose from? Breeds that don’t require a Heart of Darkness-esque excursion?

Richard is a cannabis breeder based in Canada. Although he agreed to answer questions for RxLeaf by email, he requested to remain anonymous; Richard isn’t his real name.

According to Richard, traversing dangerous regions is part of the landrace-hunting game.

“I’ve heard Romulan came from Korea during the Korean War,” he wrote. “People going to war only to find a plant that brings peace, and brought it back to share the love. I think the same happened in Vietnam, but heroin and cocaine came back as well, unfortunately.”

North Korea, where cannabis was never outlawed, also hosts some unique, highly sought-after landraces. But journeying to North Korea to find weed presents a ton of dangers most hunters aren’t willing to assume.

“Some African countries are still highly unstable,” he added, “so there’s definitely a lot of risk there, too.”

When asked why cannabis breeders risk life and limb for landraces, he wrote, “I think [landraces] are becoming more popularized as more people educate themselves and as the discussions about cannabis get deeper and deeper.”

“Particularly, the African [landraces] I see becoming very popular,” Richard continued, “like J.J.’s Nigerian Haze, which I work with, and the Congolese,” which may have been similar or identical to the landrace sought by Roskam and Loja in the Vice documentary. “Asiatic strains are growing in popularity as well, since people speculate that’s where the plant originated.” 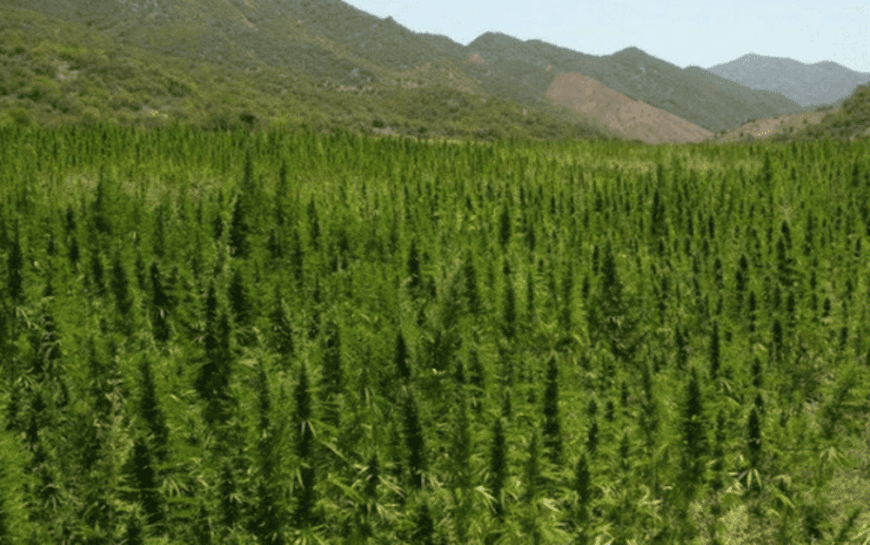 A landrace is the John Rambo of cannabis plants: bred in isolation, physically versatile, and determined to blow shit up.

Biologically speaking, a landrace is a genetically isolated organism that evolved to perfectly adapt to its immediate environment. By genetically isolated, we mean it hasn’t bred with others of its species for many, many generations. With landrace plants, we’re referring to plants that have inbred multiple times over decades, if not centuries, and did so with wild success.

Landraces are unique from other breeds in their species because of this isolation. They tend to be incredibly genetically diverse (meaning they have lots of different types of genes), and often express genes or genetic profiles not found in other, more str.

When animals inbreed, yes, it can be a bad thing. Inbreeding wolves until they become toy chihuahuas results in a miniature, pocket-sized canine breed that not only fails at simple hunting tasks, but also exhibits a host of heart and neurological problems, too.

Or take humans. If biological siblings produce offspring together, it significantly increases the risk of their children developing recessive disorders like hemophilia. Great for vampires, but not so great if you’re trying to pass along your royal, God-given genetics to an able-bodied successor.

How does inbreeding in animals produce undesirable mutations like hemophilia? In genetics, we categorize two types of genes: dominant and recessive. Dominant genes, like those for black hair, dominate genetic expression. So, if a redheaded parent and a brunette have kids, chances are most of their kids will have black hair.

Red hair develops because of a recessive gene. If two redheaded parents have children, most of their kids will have red hair, too. That’s because recessive genes are more likely to be expressed if they’re chromosomally paired with the same recessive gene.

Genes that cause disease states like hemophilia are recessive genes. Evolution deals with these detrimental genes by “burying” them in our gene pool among a sea of dominant genes. So long as most people carry the dominant gene, the recessive gene has little chance of being expressed. Hence, survival and propagation of the species. 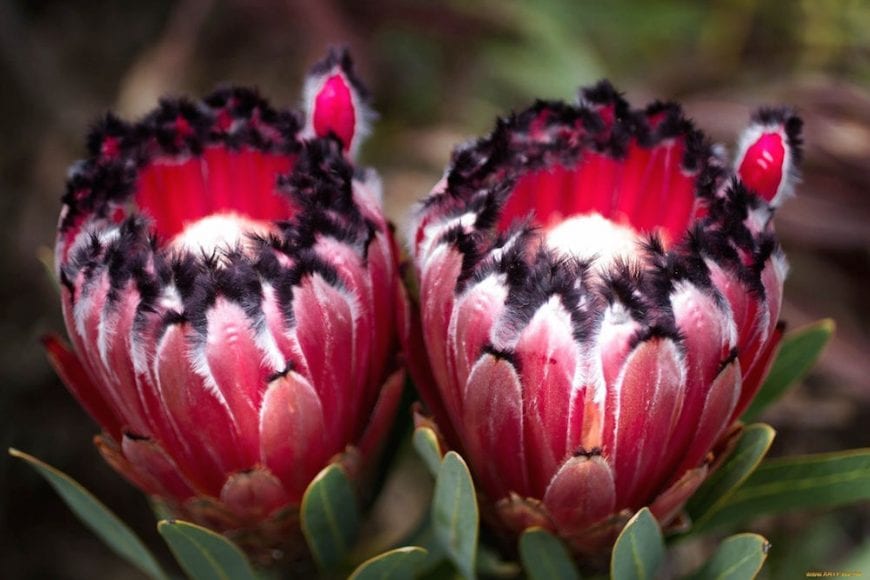 Plants, however, aren’t animals. They can inbreed for millennia and do just fine. That’s because of something called polyploidy, where the germ cells of plants can take on far more chromosomes than they should. If animals such as humans take on more chromosomes than the standard 46, we’re in big trouble. If we happen to survive gestation, we’ll likely have a tough time surviving as children, much less as adults.

Plants thrive as polyploids, though. It’s one of their great evolutionary advantages over animals.

Inbreeding in the wild may work well for plants, but inbreeding agriculturally doesn’t provide the same boons. In agriculture, humans usually practice monocropping, planting rows upon rows of the same crop over the span of many acres. Take a trip to a corn farm. All you’ll see is corn, and chances are the corn are all copies of the same clone.

In Roskam and Loja’s case, a big reason they were hunting landraces was for profit. Besides business, there are other excellent reasons to collect and preserve landraces. Making money is just a major bonus for commercial breeders.

Richard suggested that myrcene, a terpene that could prolong or strengthen the psychoactivity of THC, is another reason why people seek out landraces.

After we breed the same cloned crop for generations upon generations, those crops start to lose genetic diversity. Because these crops are babied via pesticides, herbicides, endless supplies of water, and temperature controls, they never develop new genes to make them impervious to new (or existing) environmental dangers. Instead, they become genetically stagnant in their artificial, unchallenging environments.

Introducing a landrace into a crop is a superb way to keep the crop’s genetics fresh and hardy. In other words, landraces ensure our crops – whether corn, wheat, or cannabis – stick around for the long haul. Can’t very well breed our favorite plants into extinction, can we? (Which we’ve done in the past, unfortunately….)

How to Care for Landrace Seeds

If you ever happen to get your hands on a landrace, take care to protect the seeds. You may have the only seeds for that landrace available on your side of the planet. Or eventually, on the planet at all!

Pollen is another part of the landrace to preserve. Richard, the cultivator featured above, wrote that he stores his pollen in freezers alongside flour or rice in test tubes to remove moisture from the air.

The trick, he wrote, is to keep the seeds and pollen cold and dry.

“I’ve heard of ancient Egyptians soaking seeds in honey to preserve some anti-bacterial and anti-fungal properties, but most people just use fridges or freezers and cold storage.”

Landrace Strains Are More Important Now Than Ever Before

Sure, we’ve got seed banks devoted to collecting cannabis breeds. With cannabis (legitimately) soaring as a billion-dollar business, it would seem like there’s no need for landrace seeds. After all, we can just take an OG Kush and cross it with some Strawberry Cough and voila! New breed, right?

Sort of, but not really. The problem with all the crossbreeding that’s gone on over the past few decades is that we’re not introducing a lot of new genetics into the cannabis gene pool. We’re sort of just mixing them up a little. We get some novel cannabinoid and terpenoid expressions this way, but traditional breeding methods are relatively slow to produce new cultivars, even in plants like cannabis that can be easily back-crossed to amplify genetic expression.

There’s no substitute for nature. Landraces will always hold a crucial niche for breeding because their unique environmental pressures can’t be replicated in a lab or a greenhouse. 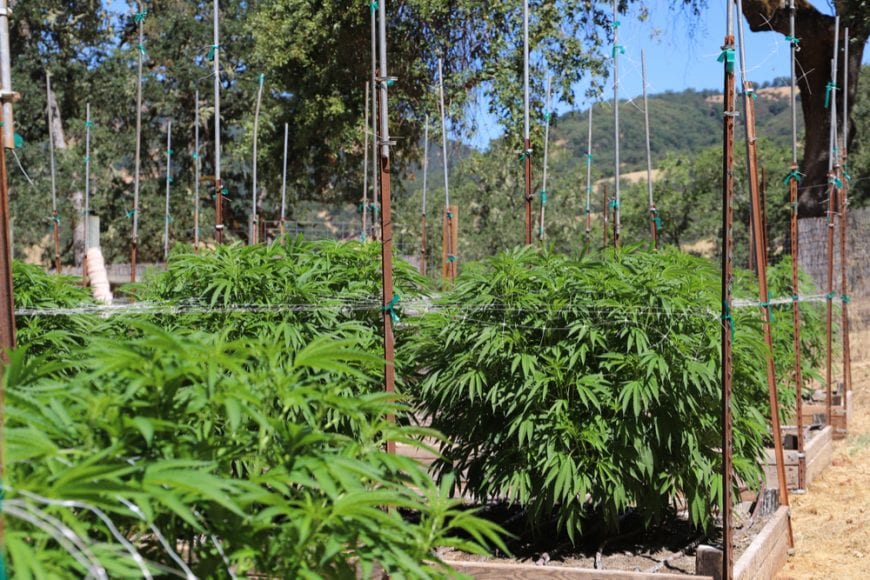 The Future of the Seeds of Landrace Strains

Even with all the advances in technology – whether its transgenic splicing or designing E. coli to produce THC – we don’t have the means to replace landrace breeding.

Right now, governments around the world are actively eradicating landraces from the gene pool. Thanks, prohibition. Furthermore, the introduction of competing cannabis plants can destroy landraces, too.

If you’re thinking about discarding those schwag seeds on the ground near your campsite, please, think again. You could be wiping out an undiscovered, nearby landrace that’s sensitive to the introduction of foreign genetics.

And if your weed has seeds in it, you should consider buying from someone else anyway.

Drying and Curing Cannabis at Home: A Crash Course

The Perils of the Indoor Grow