Will the Rise of Psilocybin Research Mean Legal Psychedelics?

Legal psychedelics are just a breath away, as we learn more and more about the medicinal potential of this class of hallucinogenic plants.

Tribal societies have long used hallucinogenic plants, such as magic mushrooms (psilocybin), peyote, and morning glory seeds, for the purpose of healing and religious ceremony. Additionally, evidence shows ancient Greeks used psychedelic mushrooms as part of a ceremony called ‘kykeon.’ It took place after the harvest to show gratitude and ensure future abundance. While legal psychedelics are not quite a reality, humans have already been using mushrooms for healing for centuries.

A Brief History of Magic Mushrooms and Psychedelic Medicine

In modern cultures, hallucinogenic mushrooms fell out of favor as contemporary medicine gained confidence. It wasn’t until 1957, after LIFE magazine ran a feature on mushroom enthusiast R. Gorden Wasson, that the tide turned back. Wasson had found a tribe in the Oaxaca region of Mexico that were consuming psychoactive mushrooms. He brought back a sample for Albert Hofmann. Yes, that Albert Hofmann (who discovered LSD)! The chemist isolated the psychoactive ingredient and proceeded to develop a 2mg pill for researchers to use.

This research advanced for about twenty years, with psilocybin then viewed as legitimate tool for psychiatric medicine. Then Nixon declared the ‘War on Drugs.’ And psilocybin has been listed in Schedule I of the Controlled Substances Act since 1970. This designation includes cannabis plus other ‘drugs’ with ‘no accepted medicinal value’ and ‘high potential for abuse’. Fortunately, we are shedding these draconian beliefs and investing heavily into research and laws that will lead to legal psychedelics.

Interestingly, spores are not illegal as these contain no psychoactive capacity. It’s the germinating that is the problem. Theoretically, one can purchase and own psilocybin spores so long as these never become mushrooms.

Where Can You Find Legal Psychedelics Today?

The rules around possession, consumption, and cultivation of psychedelics vary around the world. The most psychedelic-friendly countries include: Brazil, Portugal, the Netherlands, Thailand, and Canada. Although things are rapidly changing in the United States too.

Psilocybin, or magic mushrooms, are receiving the greatest legal boost as these are under active research for various medicinal purposes including: depression, memory recall, brain connectivity, addiction, PTSD, improved cognition, and attention. In fact, there were 127 studies on psilocybin published in 2020 alone! There is great hope that this magic mushroom will be an effective future treatment for pain, depression, and PTSD.

The use of psilocybin for pain is well established, even while it’s difficult to access legal psychedelics. A study published in Regional Anesthesia and Pain Medicine (2020), [1]Joel P. Castellanos, Chris Woolley, Kelly Amanda Bruno, Fadel Zeidan, Adam Halberstadt, and Timothy Furnish. Chronic Pain and Psychedelics: A Review and Proposed Mechanism. Regional Anesthesia and … Continue reading investigated how psychedelic substances may help overcome chronic pain. This category of pain is poorly understood and very complex. It develops over an extended period of multiple pain signals firing off. Psychedelics may be able to break this pain cycle by activating serotonin 2A receptors (5-HT2A) to effectively reset the ‘functional connectivity in the brain.’

Importantly, there has been clinical success in managing phantom limb pain, cancer pain, and cluster headaches using, what should be, legal psychedelics.

Are There Legal Psychedelics for Headaches?

Cluster headaches are often confused with migraines, but the former is much more severe. One important diagnostic tool is location of the pain; while migraines will seem to affect the whole head, cluster headaches will be to one side only.

In a patient survey, featured in The Washington Post, of 493 patients recruited for a study on cluster headaches, over 35 percent sought treatment outside of prescribed medicine, including illegal substances. Interestingly, in the interview with the Washington Post, Yale University neurologist Emmanuelle Schindler, who headed the described study, reveals participants indicated psilocybin and LSD “were comparable to or more efficacious than most conventional medications.”

So, can you get legal psychedelics prescribed to you? Not yet. While Health Canada took a global lead when they allowed a small group of palliative care patients to use psilocybin to ease end-of-life in 2019, it has not opened the legal gates yet. But, times are changing. In 2020, a group of Canadian physicians and researchers received permission to try magic mushrooms for themselves, for the purpose of developing suitable treatments.

Results of these independent trials are not in yet, but the future looks very bright for legal psychedelics.

The first human clinical trial published in the Lancet (2016), was a proof of principle that magic mushrooms could be viable treatment for patients suffering from treatment-resistant depression. Nineteen participants experienced varying levels of symptom abatement two weeks after treatment, which includes a 25mg dose. Subsequent studies have found the same success.

It is believed that treating depression with mushrooms may offer a different approach than conventional medicine. Psychedelics break connectivity patterns in the brain and this allows the patient to probe the mind for the events that started the mental health crisis. It is a very interesting branch of study, one that may also help PTSD patients. 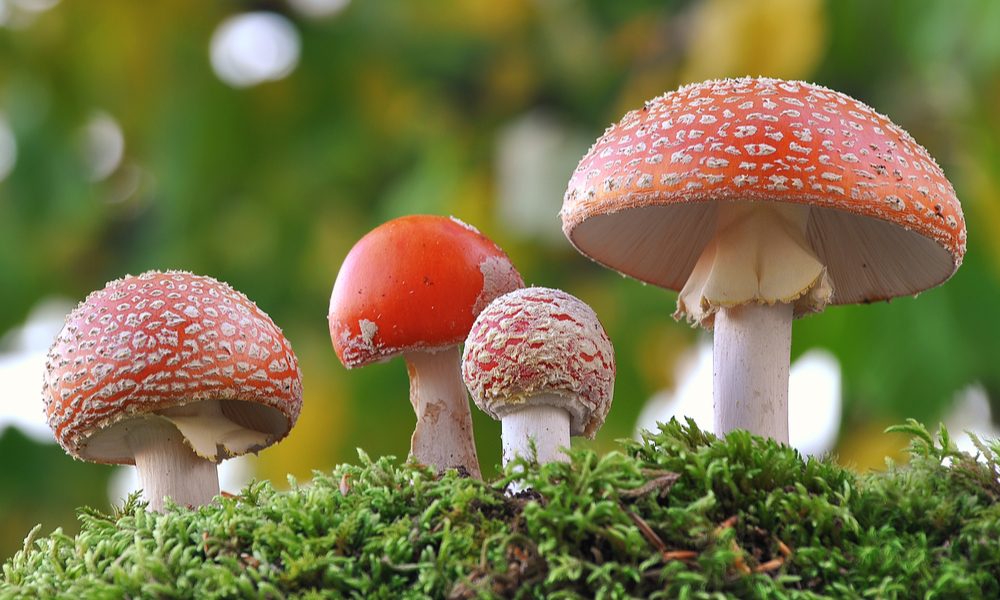 People suffering from Post Traumatic Stress Disorder may gain treatment benefit from psilocybin for the reasons described above. Essentially, this class of plant medicine provides the patient with greater emotional insight through the process of lowering psychological defences. This allows the opportunity to find the source of the trauma and address it directly instead of trying to wade through years of psychological tricks the brain has conjured in order to survive PTSD.

A study published in the British Journal of Psychiatry (2018), [2]R.L. Carhart-Harris, R. Leech, T.M. Williams, D. Erritzoe, N. Abasi, T. Bargiotas, P. Hobden, D.J. Sharp, J. Evans, A. Fielding, R.G. Wise, D.J. Nutt. Implications for Psychedelic-Assisted Therapy: … Continue readingused MRA scans to determine that psilocybin does indeed ‘enhance autobiographical recollection’ in the brain. This may be a useful tool of psychotherapy to ‘facilitate the recall of salient memories or to reverse negative cognitive basis.’ Having access to memories that started the mental health struggle will allow patients and physicians to more effectively treat the condition.

RELATED  The Bamboo House Stands up to Hurricanes and Earthquakes

Importantly, participants in the study reported a greater feeling of well being following psilocybin treatment versus placebo. This is a promising combination for restoring mental health in people suffering from PTSD.

Microdosing means taking sub-hallucinogenic doses of psychedelics. The research on this practice is sparse even while anecdotal reports are very positive. Reports of adverse side effects are uncommon. Indeed, microdosing is a strategy designed to avoid the unwanted side effects of hallucinogenic plant medicine. The experiences of individual patients, however, have not been quantified nor categoried. This is, therefore, an important future area of research.

Legal psychedelics are coming, of this there is no doubt. They will first need to move through the dual process of successful human clinical trials and decriminalization. Of course, there is no doubt that the legal status of psilocybin hampers research, but the overwhelmingly positive results thus far, justify a change.