What the Legalization of Cannabis in Mexico Means for the U.S.

If Mexico allows legal cannabis sales in May 2020, things could change for the United States.

In fact, the legalization of cannabis in Mexico could be the crucible for the greatest shift in American drug policy since Nixon. The move will sandwich the U.S.A. between two open cannabis markets, and thanks to Mexico’s large population, it will create a booming demand for CBD and cannabis products already available in the states.

A legalized Mexico will also open up acres of land for cannabis farming — something that could threaten U.S. jobs and make it harder for the American agricultural industry to find a new cash crop. Alternatively, it could go the other way and the threat of losing farm jobs to Mexico could be enough for politicians to further limit American legalization.

The specific fallout is unclear for America — but it’s certain that it will be a boom for Mexico’s economy and safety, while America’s black market will only continue to thrive.

The Legalization of Cannabis in Mexico

Unlike the United States, Mexico is creating cannabis policy at the federal level. That means there’s no patchwork of varied laws from state to state.

A uniform set of laws will make doing cannabis business in Mexico much simpler than in the U.S. Companies can easily expand throughout the nation without dedicating valuable time to learning new and constantly shifting regulations. The ease of business could be a big draw for cannabis producers.

That could lead to better products. And what happens if Mexico produces more high-quality cannabis than the U.S.? It could bolster the U.S. black market.

There’s already substantial underground weed traffic pouring from Mexico into the U.S., if high-quality, name-brand goods were added to the mix, it could give the black market a shot of steroids.

A healthy black market is an economic indicator that current laws are out-of-step with consumer demands. Every bit of illegal cannabis bought in the United States is a missed opportunity for legitimate employment, tax revenue, and safe access to medicine.

It’s also a threat to still-young legal industry in the U.S. If products from Mexico are cheaper, readily available, and just as good — why should consumers stick with American-made alternatives?

Why Legalization in Mexico is Different

The legalization of cannabis in Mexico is big news because of its size. While Canada has a population of just north of 37 million people, Mexico has almost four times that amount — 140 million. Uruguay, the other fully legalized country in the Americas, has a population of only 3.5 million.

That would make Mexico the largest legal cannabis market in North America. And, being the largest consumer, it gets to call the shots. Companies that cut their teeth in Mexico will be best primed to expand business elsewhere. These companies will have valuable skills at scaling, supply chain, meeting the demands of a large consumer base, and other best practices.

If and when America opens up more fully to the industry, it’s a good bet that the companies that found success in Mexico will be juggernauts in the United States, too. And how they operate in the U.S. will be colored by their success in Mexico.

In other words, the business culture of cannabis in Mexico will transfer to the United States.

How did Mexico Move Ahead of the U.S. in Legalization?

How has the world found itself on the precipice of the legalization of cannabis in Mexico? The move didn’t come from the legislature or through a grass-roots public movement. The directive came instead from a Supreme Court ruling in 2018.

Prior to the ruling, Mexico had passed medical cannabis laws allowing patients with conditions such as epilepsy, cancer, and ADHD to receive legal prescriptions. But full recreational legalization was still a far-off dream.

When the ruling came Feb. 13th, the legislature was given ninety days to come up with laws that would govern the recreational consumption of cannabis. If the legislature fails to pass laws, cannabis would not only be legal but unregulated.

So far, the legislature has asked to move the deadline, due to Covid-19. There’s no rule that the court has to comply with the request. Still, many experts assume it will — but not for long.

The bottom line is that the court has made it stance clear, and while there may be some small delays, the legalization of cannabis in Mexico is imminent. 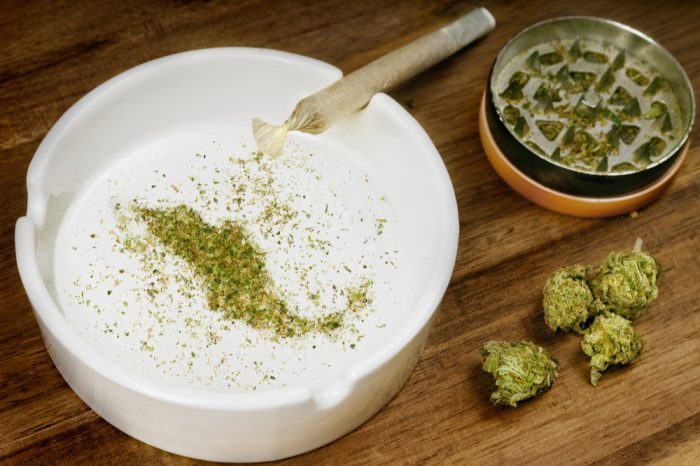 What the Legalization of Cannabis Means for Mexico

While the American economy will certainly see its neighbors prosper at a greater rate thanks to Canada’s and Mexico’s embrace of cannabis, Mexican citizens will get so much more than simply more money.

Legalization is one of the most effective ways to keep drug cartels in check. It hamstrings a rich profit center, which many believe will lower the crime rate and create thousands of new jobs. Portugal famously ended its drug problem through decriminalization. Mexico will, through legalization.

The net result for Mexican citizens is a safe, richer, better-medicated, nation. The future is much brighter in Mexico today thanks to the country’s highest court. The residents of Mexico have every reason to be proud of their country.

Maybe seeing prosperity on both its borders will help the U.S. see the light, too?