What Is Live Resin?

Live resin is a terpene-rich medicine that gives the benefit of the ‘entourage effect’ in concentrated, uncured form.

Not all cannabis concentrates are created equally. Where some boast insane quantities of THC and not much else, others include a long list of compounds in ratios that nature intended. In the ever-evolving cannabis industry, there’s one concentrate that’s bound to make its mark: live resin. It is a potent concentrate that preserves the plant essence. And just like every good idea, it came about quite randomly.

What is Live Resin and Where did it Come From?

It all began with Kind Bill, a man with a name that could only ever have been conceived within cannabis circles. Back in the pre-regulation days when trimmers smoked, Kind Bill thought it would be an idea to smoke some of what they were trimming. But with the time-consuming curing process, he’d be smoking herb that was weeks old. He got the idea to freeze the cannabis directly after harvest, and so live resin came to be.

Live resin is different to other forms of cannabis concentrate. With the fresh harvest frozen immediately, it preserves many of the compounds that the curing process often destroys. With this potent starting material rich in delicate terpenes, the essence of the plant is later carefully extracted via a solvent in a closed-loop system. 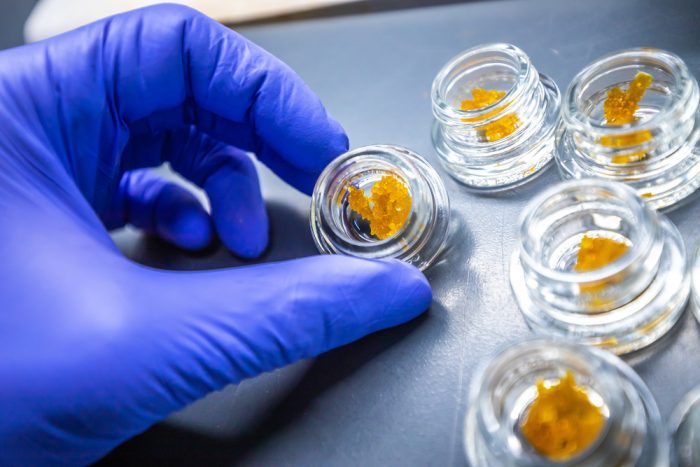 How to Make It

Like any cannabis concentrate using solvents, the process involved in making live resin is generally best left to trained experts. Butane is the preferred solvent, which can be extremely dangerous for untrained individuals to work with.

Due to the higher water content of fresh frozen cannabis when compared to cured flower, the extraction process requires low temperatures in the range of -60°F to -80°F. Extractors use a closed-loop extraction machine in conjunction with butane. Extractors pass chilled and pressurized butane through a material chamber that’s packed with frozen fresh flower. As the butane gets to work, a yellow-colored solution drips from the chamber where it accumulates in the collection chamber.

Extractors then apply light heat in the collection chamber to purge traces of butane. A vacuum oven completes the process. This leaves a dark yellow, honey-like substance brimming with a high concentration of the essential cannabis compounds.

What Makes Live Resin Different from Other Concentrates?

Before comparing it to other concentrates, it’s important to note that the properties of live resin vary widely between batches. Much of this variety is due to the original plant material. In addition, there’s considerable variability in the efficiencies of extraction techniques. The live resin’s resulting viscosity can therefore fall anywhere between that of sap to butter, and even to something as solid as shatter.

When it comes to terpene content in live resin, the lighter monoterpenes are especially common in high quantities. But tests show that this concentrate lacks many of the less prevalent varieties. Manufacturers believe that inefficiencies in the extraction process are the main reason for this. 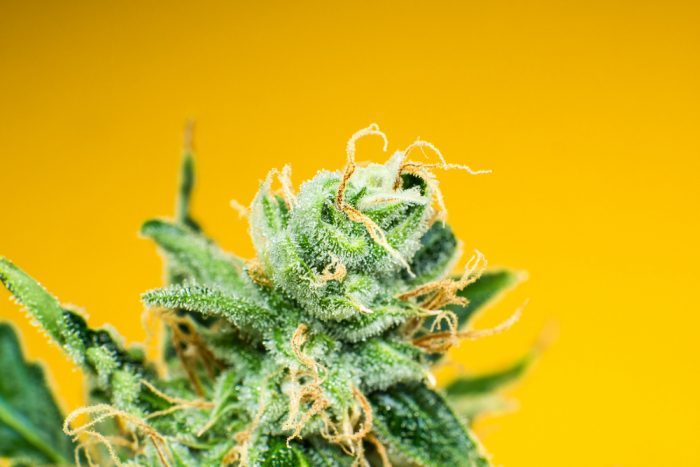 A study published in 2018 in Planta Medica and carried out on extractions from flower suggested that the relative cannabinoid and terpene potencies in the concentrate vary substantially when compared to the original flower. Cannabinoid concentrations appeared to increase by a factor of 3.2 when compared to the original ratio found in flower. Meanwhile, the extraction process destroys many monoterpenes.

As with any concentrate, however, it’s only as good as the original plant material. And when it comes to live resin, the starting material is often as good as it gets. Other concentrates often start with dried and cured cannabis. So, these begin with already degraded plant material, which reduces terpene levels.

Is it Better Medicine?

If you’re comparing live resin to 90 percent THC shatter, then probably yes! That’s because much of the profile of the original plant has been distilled. Terpenes in particular help modulate the plant’s medicinal effects and are a potent part of the puzzle in ensuring the entourage effect takes hold. Like everything else in nature, there’s a holistic integrated connection between many compounds that play out on the micro-level and extrapolate out to the macro.

Many assume that CBD and THC are cannabis’ compounds of interest. The truth is that there’s a lot more going on. The complex synergies of plant compounds play out on many levels. This misunderstanding may be a hangover of sorts from the model from which Big Pharma has profited for decades. Medicine is not about isolating one compound to treat one symptom. That just turns out to be the most profitable way. 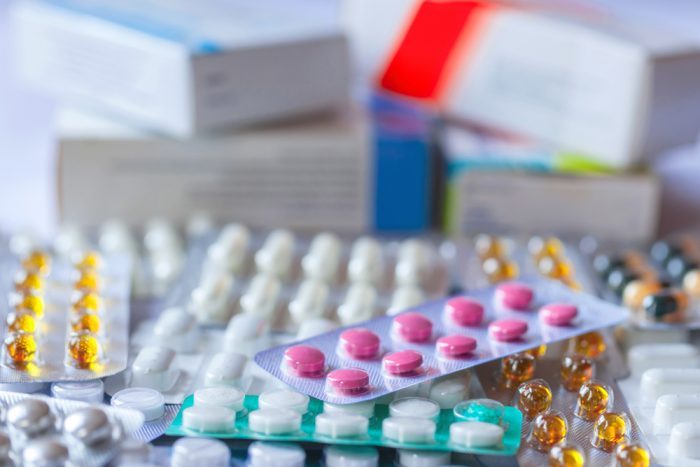 The Body Knows What Medicine Is

The potent scent and flavor of terpene-infused concentrates is what attracts many. But what may be really going on is that the body instinctively knows what’s good for it. Those terpenes not only ensure enhanced flavor, they’re also a fundamental piece of the puzzle in extracting the medicinal benefits of the plant. Live resin is one of the most potent concentrates as it preserves much of the original plant profile. But there are many alternatives. One notable mention being high terpene full-spectrum extracts like terp sauce.

As concentrates become more mainstream, you may see your methods and medicine changing.