Old School Strains And Why You Should Love Them

Old school strains may well hold the key to unlocking the true powers of cannabis.

Where most cultivars are the result of selective breeding for particular characteristics, landrace plants are those ancient strains that adapted naturally to a given environment. They contain unique genetic imprints that often exhibit the favorable characteristics that many breeders chase, be it high THC or high CBD content. The terms Sativa and Indica mean absolutely nothing in modern-day cannabis. But old school landrace strains represent the inception of the term; they contain the original genetic imprints that gave rise to what were once meaningful distinctions.

All modern cannabis chemovars were once landrace strains. Years of artificial selection now render much of the initial genetic imprint invisible in modern-day chemovars.

But landrace strains may well play a significant role in ensuring a bright future for the cannabis industry. Quality cannabis is, after all, a complex dance between laboratory science and real fieldwork. While we often hear about breeding successes in the laboratory, few speak of the fieldwork. The latter often involves traipsing over jungle mountains in far-distant corners of the globe seeking out unique and untouched genetics which may give up yet more secrets from the cannabis plant.

Why Search Out Old School Strains?

As the scientific understanding of cannabis continues to evolve, the reality is that scientists still know very little about how the hundreds of compounds in the plant interact with the human body. What’s more, it seems that it’s the synergies that play out between these compounds when consumed together that potentiate the medicinal benefits to a much greater degree through what science calls the entourage effect.

In “Taming THC”, a study published in the British Journal of Pharmacology (2011), scientists further investigated these potent synergies. According to researchers, terpenes play a huge role in modulating the medicinal effects of the plant. What’s more, the effects of many of the minor cannabinoids, which now total over one hundred, remain relatively unknown, as does their synergistic propensity.[1]Russo E. B. (2011). Taming THC: potential cannabis synergy and phytocannabinoid-terpenoid entourage effects. British journal of pharmacology, 163(7), 1344–1364. … Continue reading

However, our collective knowledge of the inner workings of the cannabis plant is slowly growing. But while the vast majority of growers are busy breeding for high THC or CBD chemovars at the expense of other compounds, who knows just how valuable the untouched profiles of those old school strains may prove to be.

RELATED  How to Direct Sugar to Buds and Increase Cannabis Yield

Cannabis entrepreneur Arjan Roskam is the founder of Green House coffeeshops and Green House Seed Company. As a multiple winner of the cannabis cup, his creations receive notoriety the world over. But perhaps more interesting is his approach to creating these award-winning chemovars.

Always on the lookout for classic landrace strains, he travels far and wide in search of those rare and untouched specimens. In his own words, “he goes where the good stuff is”—and that may be places as far apart as Central Asia, South America, or Southern Africa. 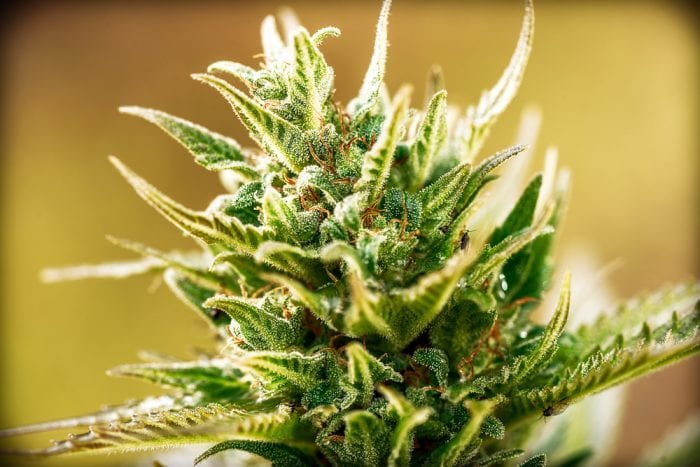 In Colombia, landrace sativas such as Colombia Gold and Punta Roja are two of the most well-known. They stem from the mountains in Colombia’s cannabis epicenter near Santa Marta. Further south, the much sought after Limon Verde grows on the rolling hills often under Gorilla control.

Many of the best sativas grow in Southern Africa, where the legendary Malawi Gold is one of the most well-known and sought after varieties.

For landrace indicas, central Asia is the place to go. The influential Hindu Kush from the mountains separating Pakistan and Afghanistan is a pure one hundred percent indica whose genetics infiltrate many modern-day favorite chemovars.

These old school strains exhibit some very different characteristics to the chemovars many cannabis consumers have come to know.

Concerning potency, any cannabis plant grown outdoors in the sun will always be less potent than those grown indoors under artificial lights. Landrace strains aren’t known for their potency and generally provide THC levels that average ten to twelve percent.

Landrace strains also often grow to much greater heights, sometimes up to ten feet. But while a lot less conspicuous, landrace strains evolved naturally over generations and are much more resilient against pests and mold, unlike their delicate descendants.

RELATED  What Are The Best Types of Soil For Cannabis?

Landraces from the tropics exhibit many useful characteristics, including the requirement for less energy to create the same biomass when compared to modern chemovars. By incorporating genetics from tropical landraces, breeders may one day increase grow efficiency and lower carbon footprints.

Landraces and the Quantities of Minor Compounds

Those who test rare landrace strains in central and Southern Africa note that they produce higher levels of THCV. This cannabinoid is being researched for a number of wide-ranging benefits, including it potentials in:

Significant quantities of this cannabinoid alone serve to highlight the importance of saving the unique genetic imprints which give rise to such profound medicinal compounds. And while the scientific study of cannabis compounds is still in its infancy, untold therapeutic benefit may lie deep in the hills in far off places.