Lowered Pain Tolerance Does Not Happen With Cannabis

Physicians prescribed more than 191 million opioid prescriptions to Americans in 2017. In the previous year, 11.5 million Americans reported misusing prescription opioids. Firstly, science backs the efficacy of opioids for relieving pain; but subsequently with that backing come the many side effects associated with both short, and long-term use of opioids. Overall, opioid side effects range from itching and sweating to physical dependence. They sometimes lead to addiction, and too frequently cause accidental death when the patient over-doses.

A subset of opioid users’ addiction starts with a lesser-known side effect called opioid-induced hyperalgesia (OIH), or lower pain tolerance. Essentially, a patient experiences a paradoxical response to opioids in which they become more sensitive to painful stimuli [1]Marion Lee, M., Sanford Silverman, M., Hans Hansen, M., Vikram Patel, M., & Laxmaiah Manchikanti, M. D. (2011). A comprehensive review of opioid-induced hyperalgesia. Pain Physician, 14, … Continue reading. This lowered pain tolerance may cause a patient to seek more opioids, and in turn, worsen their OIH. Opioids are not the right treatment option for every patient. Cannabis can provide pain relief without the burden of such major side effects, including lower pain tolerance.

Opioids activate specific receptors located in neurons on the spinal cord that block pain signals from reaching the brain. When patients consume opioids for long periods, their bodies try to overcome the blocked signals by triggering other pain signals and pathways.

In a type of defense mechanism, our brains try to re-establish the connections that were once more active. It is unclear why certain patients experience OIH and why others do not. It can occur in people taking opioids for long-term pain conditions such as chronic pain, but also in patients recovering from acute pain following surgery. The incidence of OIH is unknown and a limited number of studies exist. 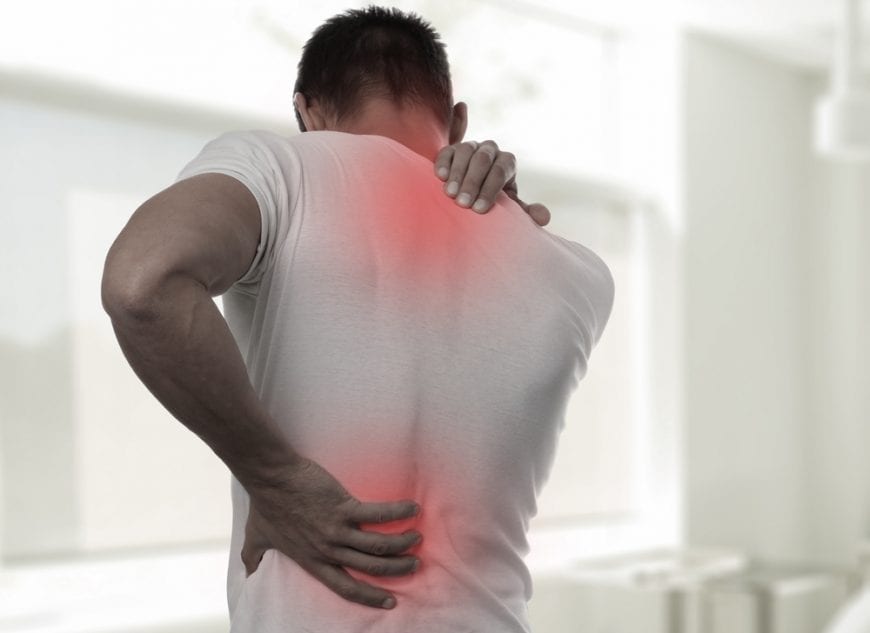 Lower Pain Tolerance After One Month of Opioid Treatment

In a study published in the Journal of Pain (2006),[2]Chu, L. F., Clark, D. J., & Angst, M. S. (2006). Opioid tolerance and hyperalgesia in chronic pain patients after one month of oral morphine therapy: a preliminary prospective study. The Journal … Continue reading, the researchers investigated OIH development in a group of six patients with chronic low back pain. In this overall limited prospective study, the researchers evaluated patients at baseline and at one month following oral morphine therapy. The researchers exposed the patients to experimental cold and heat pain and collected data on their pain response. After just one month of opioid treatment, all patients exhibited signs of hyperalgesia.

RELATED  Why are Women Using Cannabis For Menopause?

The researchers concluded that OIH might limit the utility of opioids in treating chronic pain as soon as one month following treatment. However, this study relies on a small sample size and an experimental pain model. The exact OIH mechanisms are not well understood[3]Yi, P., & Pryzbylkowski, P. (2015). Opioid induced hyperalgesia. Pain Medicine, 16(suppl_1), S32-S36. and medical professionals need further research to deepen scientific understanding. Nonetheless, OIH is real and some patients may need to explore alternative treatments. Cannabis’ attractive safety profile and increasing supporting evidence suggest that cannabis could be a solution.

Basically, the effect of cannabinoids on the pain pathway is similar to opioids in that it involves a numbing of the ascending pain pathway. CB1 receptors are most abundant in the brain and spinal cord and are located on neurons. When THC binds to CB1, there is an inhibitory effect that interferes with the communication between neurons and slows the ascending pain signal from reaching the brain [4]Reggio, P. H. (2010). Endocannabinoid binding to the cannabinoid receptors: what is known and what remains unknown. Current medicinal chemistry, 17(14), 1468-1486..

CB1 activation causes calcium ion channels to close, preventing the neuron from reaching an action potential and stimulating the next neuron in the chain. Pre-clinical evidence demonstrates that a similar process occurs with CBD, although there is no direct interaction between CBD and cannabinoid receptors. Researchers have found that CBD further enhances the activity of glycine receptors and causes an influx of negatively charged chloride ions into the neuron, again preventing an action potential and interfering with pain signaling. 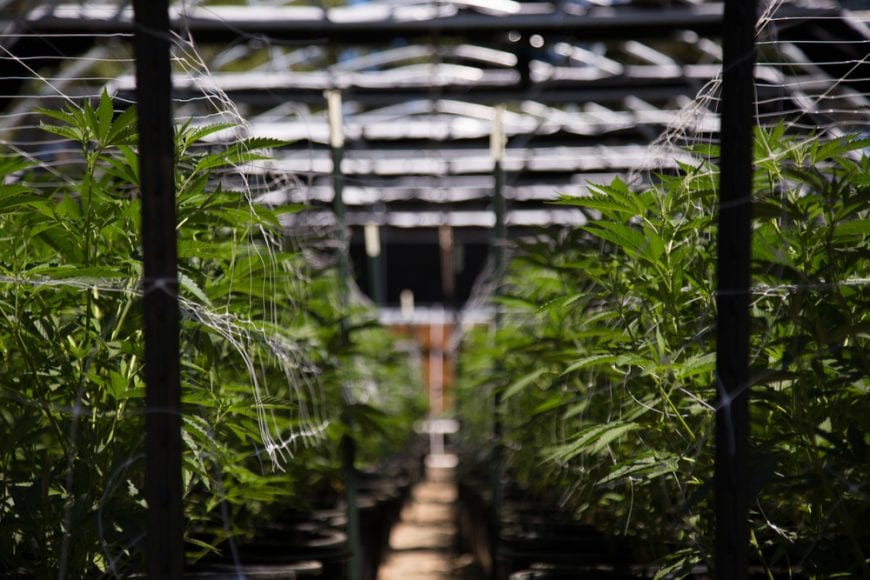 In a recent[5]Whiting, P. F., Wolff, R. F., Deshpande, S., Di Nisio, M., Duffy, S., Hernandez, A. V., … & Schmidlkofer, S. (2015). Cannabinoids for medical use: a systematic review and … Continue reading systematic review and meta-analysis published in the Journal of the American Medical Association (2015), the researchers reported on twenty-eight randomized trials across 2454 patients with chronic pain. They found that when compared to a placebo, cannabinoids were associated with greater pain reduction and a greater average reduction in numerical pain ratings. The authors concluded that there was moderate evidence to support the use of cannabinoids for the treatment of chronic pain.

In a more recent clinical review [6]Hill, K. P., Palastro, M. D., Johnson, B., & Ditre, J. W. (2017). Cannabis and pain: a clinical review. Cannabis and Cannabinoid Research, 2(1), 96-104., the authors concluded that epidemiological studies demonstrated initial evidence for a reduction in opioid therapy for pain due to increased implementation of medical cannabis. By starting a medical cannabis treatment plan, opioid patients could effectively taper down their opioids and lower their risks. But if the effect of cannabis on the pain pathway is similar to opioids, could cannabis cause similar hyperalgesia? It is early, but based on the best available evidence, the answer appears to be no.

So far, the evidence is very limited. But, preliminary research from British Columbia suggests that sustained cannabis consumption does not lead to hyperalgesia [7]Thiessen, M. S. (2018). Cannabis and pain: examining the relationship between frequent cannabis use and pain sensitivity (Doctoral dissertation, University of British Columbia).. Another study, consequently using the same experimental pain model utilized in the previously mentioned opioid study, found that cannabis consumers and non-consumers were equally tolerant, equally sensitive to pain, and reported no differences in pain intensity.

This preliminary finding could be clinically relevant. Chiefly, the apparent absence of cannabis hyperalgesia represents an advantage of cannabis therapy over opioid therapy. It is especially beneficial for chronic pain patients. More research is needed to solidify this scientific finding and better inform future medical decisions regarding the treatment of chronic pain.