Let Them Eat Baked: What Luxury Cannabis Looks Like For The 1%

Would you spend $30,000 on a bong? How about $400 for a single oil cart? The elite have their own way to enjoy luxury cannabis.

As legal cannabis enters the mainstream, prices will inevitably plummet. Just take a look at Oregon, where oversupply has led to a gram of weed costing less than $1, cheaper than government price-fixed weed in Uruguay. In Colorado, where recreational pot has been available since 2014, an ounce of flower can go for as low as $80. Compare that to the $300 per ounce in states where cannabis is still outlawed. Luxury cannabis is as incredible as it sounds.

Yet affordability, really, is a trait only we lowly plebs concern ourselves with. When it comes to the top one percent of the highest income earners—those making more than $250,000 a year—affordability becomes synonymous with lower quality. And being poor.

It’s not as if rich people never smoke pot. Of course they do. Oftentimes they could even openly flaunt their cannabis use, though that didn’t work out for some incredibly wealthy individuals, like Sir Paul McCartney of The Beatles fame.

Until now, wealthy people never had cannabis branded specifically for their tax bracket. In the past, rich people smoked the same weed that homeless folks smoked. In this sense, cannabis was once the great equalizer, a hobby that penetrated through every level of the class hierarchy.

Today, the wealthiest Americans can rest easy knowing that they can still show off their riches while they get high.

Most of us may consider a $300 bong the pinnacle of our devotion to cannabis. After all, one accidental kick, and there goes half a paycheck. On the top shelves of any given headshop you’ll find a handful of ornate glassware, some much too large to operate solo, others packed so full of honeycomb percolators that they resemble crystalline bee hives.

Would you ever consider dropping $30,000 on a piece of glass, though? At Illuzion Glass Galleries in Denver, meticulously crafted pipes can fetch that much. To be fair, the pieces at Illuzion are more works of art than they are simple pipes that you keep stashed in your nightstand. Some, like this pirate ship, are best kept in locked cases rather than passed around for party seshes, due to the near impossibility of cleaning it. Never mind that it could break.

Illuzion balances their price ranges by offering a variety of pipes, bongs, and rigs for all income levels, though their high-end pieces attract thousands of tourists and gaggles of celebrities every year.

Why buy a Bentley when you can buy a luxury, jewel-encrusted, cannabis vape pen instead?

This $150,000 vape pen was designed by Cheryl Shuman, Beverly Hills’ madame of—ahem—high society. Adorned with sparkling rubies, diamonds, and emeralds, Shuman told The Hollywood Reporter that each opulent unit is fashioned from old ink pens once possessed by Russian czars—making them perfect Christmas gifts for Michael Flynn and Donald Trump.

Shuman also sells oil cartridges for as much as $400 a pop. She justifies the price by saying that the quality of her oils is like “the difference between drinking Korbel and Cristal.” Relatively pure THC distillates usually run about $35 a gram in California, so take from that what you will.

If Shuman’s vape pens reside far beyond the bounds of your budget, she also offers hand-rolled cannabis cigars for $500 a stogie. These “cannagars” come wrapped with tobacco or hemp leaves, and each one contains a half ounce of pesticide-free weed. 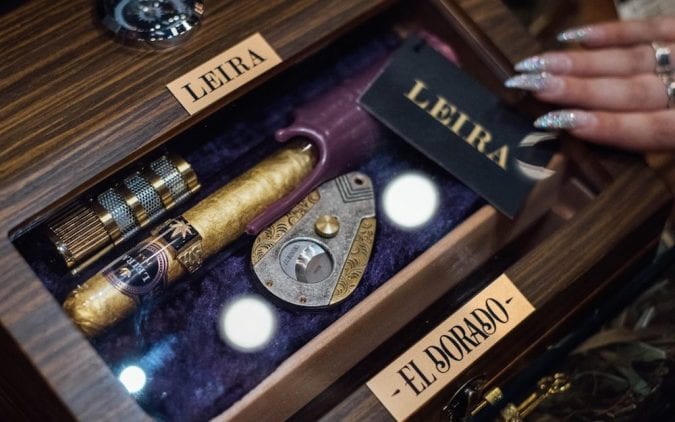 Shuman isn’t the only one selling lux cannagars, either. Diego Pellicer is arguably one of the most elegant dispensary chains in the world—half head shop, half fine art gallery—like Illuzion. Diego is known for its own cannagars offered at a slightly lower price than Shuman’s, a cool $420 each.

If you’re feeling particularly fancy, Diego has an especially special cannagar wrapped in a 24-karat gold leaf for a whopping $10,000. Because nothing screams “medicine” like smoking metal foil.

What good is it blazing thousands of dollars’ worth of cannabis products if you can’t share them? The use of cannabis in public spaces is still illegal in virtually every municipality with legal weed. But, many event organizers have figured out a way around these bans: by holding private events on private property.

Cheryl Shuman was one of the first people to throw upscale pot parties, but, again, she wasn’t the only one. In Colorado, Jane West, one of the founders of Women Grow who now sells some ingeniously designed glassware, hosted the world’s first (and so far, only) cannabis symphony.

RELATED  Driving Under the Influence of CBD: Impaired?

Also in Colorado you’ll find the Mason Jar Event Group, owned by Kendal Norris. Full disclosure, I attended a Mason Jar event in 2016. For all my cheekiness here, I will confess that it thoroughly impressed me. Leather-seated limo buses took me and dozens of Colorado’s weeded elite to the cozy Lone Hawk farmstead nestled somewhere along the outskirts of Longmont. 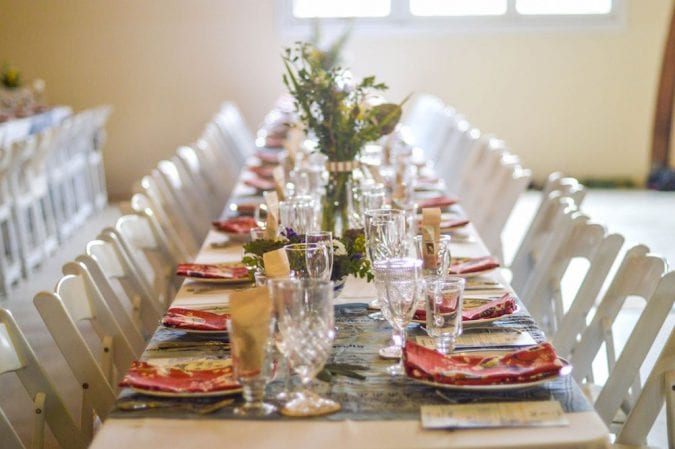 Luxury Cannabis Yoga – Not an Oxymoron

They call these events “Yoga with a View.”

The guests took part in a yoga session. But, at any point, any of us could get up to hit a provided dab rig (with our own concentrates, of course). After yoga, we sat at immaculately decorated dinner tables lined with antique vases holding bouquets of fresh roses, tulips, and cannabis flowers.

For lunch, I dined alongside the first mainstream pot editor, Ricardo Baca, and former Sweet Leaf executive Nicole West. Chef Hosea Rosenberg, the winner of Top Chef’s fifth season, served us his signature pork belly strips on hand-crafted wooden bowls. We had our pick from a wide array of various menu items. But at the tail end of the lunch, we all gorged on a seemingly endless supply of sizzling gourmet bacon. This was probably because everyone was sufficiently stoned out of their minds by that point.

Which brings me to my final thought. We should always respect the gritty grassroots legacy of our movement. Think of the the jazz cats. Think of the beatniks, the hippies, the hip-hopsters. Think of the reggae Jamaicans, the rock-n-rollers, and the rabid street activists. But what if cannabis is truly going to be for everyone and anyone? Well then, even the one-percent should have their cannabis cake—and eat it, too.

Raphael Mechoulam Did Not Discover THC