Did a Virus Split Cannabis Into Hemp and ‘Marijuana’?

As science continues to learn more about cannabis on a daily basis, its genetics are still relatively unknown. Despite constant emerging studies, there is still much to discover about cannabis and how its components work on the human body. But that is all beginning to change, now that researchers are mapping the cannabis genome for further study.

Scientists at the Donnelly Centre for Cellular and Biomolecular Research completed the genome mapping research, and published their findings in the journal Genome Research (2018). The researchers wrote about their physical and genetic map of the Cannabis sativa plant, detailing some very interesting findings. Namely, their discovery of the cannabinoid cannabichromene, and how hemp and THC-dominant marijuana became two functionally different plants.1)Laverty, Kaitlin U, et al. “A Physical and Genetic Map of Cannabis Sativa Identifies Extensive Rearrangement at the THC/CBD Acid Synthase Locus.” Genome Research, Cold Spring Harbor Lab, genome.cshlp.org/content/early/2018/11/07/gr.242594.118.full.pdf+html.

Cannabis Split Into Hemp and “Marijuana” Millions of Years ago

While cannabis was domesticated for human use thousands of years ago, the plant has been around much longer than that. In fact, a virus colonized cannabis millions of years ago, splitting it into two different types. They are what we know today as the CBD-rich hemp plant, and THC-dominant cannabis.

Scientists discovered that CBDa and THCa are synthase genes, that can be found on a chromosome of the cannabis genome. This is an important finding, because CBDa and THCa encode enzymes to create THC and CBD. Scientists were previously unable to differentiate the genome because these synthase genes are surrounded by the colonized virus’ DNA.

New technology allowed researchers to magnify and separate the genes. The viral DNA that surrounds them is known as retroelements, which copies itself across the genome. As researchers carefully distinguished the features of the cannabis plant, they concluded that gene duplication of the synthase gene and self-copying retroelements created two different enzymes. What was the result? A hemp plant rich in CBDA, and and a marijuana plant that is dominant in THCA.

RELATED  The Dish on Dosing: A Guide to Greenlighting Your Green 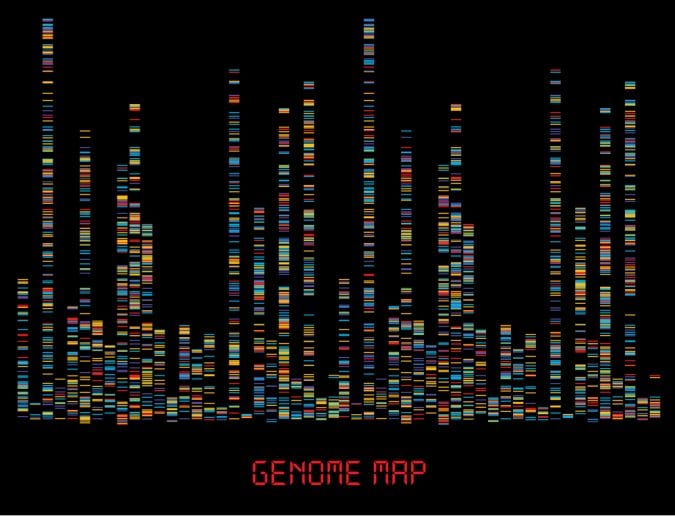 Harm van Bakel, one of the co-leaders of the study, said in a press release that “Plant genomes can contain millions of retroelement copies.” He added, “This means that linking genes on chromosomes is analogous to assembling a huge puzzle where three quarters of the pieces are nearly the same colour.”

Thanks to this new genetic map, and along with evolving sequencing technology, scientists can now get a better look at these puzzle pieces and learn more about them. Before this information was available, scientists didn’t know if the same gene or two separate genes encoded enzymes CDBA and THCA.

To add to the confusion, most strains of the cannabis plant produce some CBD and some THC. This makes it difficult for researchers to discern their genetic coding. Now, scientists can see these enzymes clearly, and know that the process involves two genes.

Thanks to this important genome mapping, scientists were also able to uncover the gene responsible for the cannabinoid cannabichromene. Or, otherwise known as CBC. Since this discovery, research has revealed that CBC is non-psychoactive, so it does not induce a euphoric “high,” like THC.

Research has also found that CBC binds to the vanilloid receptor 1 (TRPV1) and another transient receptor potential ankyrin 1 (TRPA1). These receptors help regulate the body’s perception of pain. By binding to these receptors, CBC could potentially help relieve pain. 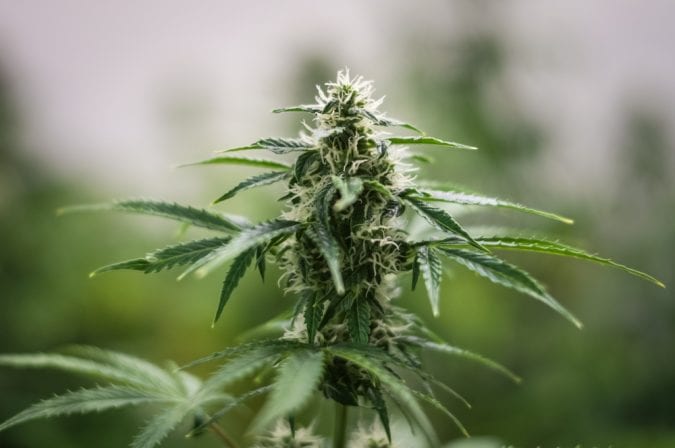 By mapping the cannabis genome, scientists have unlocked important data for further research into the medical properties of cannabis. Not only that, growers can now access information that will make it possible to grow sustainable, disease and pest resistant, varieties.

Tim Hughes, co-leader of the study, said “The chromosome map is an important foundational resource for further research which, despite cannabis’s widespread use, has lagged behind other crops due to restrictive legislation.”

By making this genome map available, researchers can find out how specific components within the cannabis plant act on the human body. This will significantly further our understanding of the healing properties of cannabis. It could also expand the possibility of targeting genes for specific medicinal purposes.

Needless to say, this new knowledge of the cannabis plant will increase the scope of scientific understanding. We may still only be on the cusp of fully comprehending the multitude of compounds present in this fascinating plant. But, this map is a huge step forward.