Cannabis releases compounds that react with combustible products. This can mean poor air quality, but there are solutions.

Cannabis has done so much for humankind though all times. One recent recognition is the increased awareness that hemp can help mitigate climate change. On America’s west coast, the founding cultural movements in the 1960s had a basis in peace, love, inclusion, sharing, and caring. It brought many consumers closer and more attuned to nature. It also sent many on the fulfilling path of aligning themselves to the greater good and fighting for climate change. But, new research suggests that the recent green boom may not be so green after all. The compounds emitted by cannabis plants react with compounds resulting from combustion and may have a negative effect on air quality. 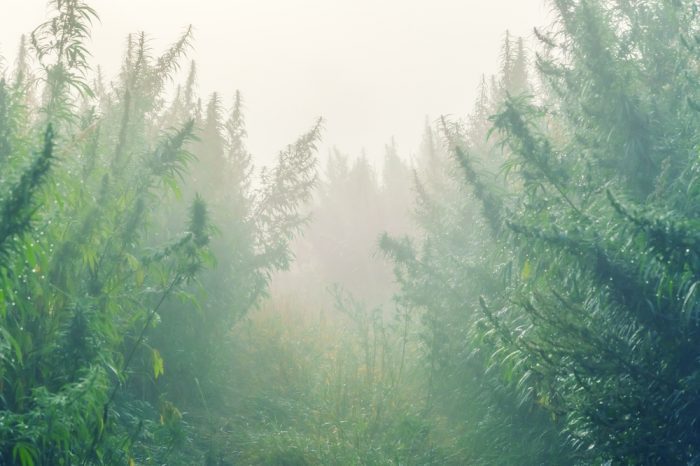 Why The Cannabis Industry Isn’t As Green As We Thought

Cannabis farming affects the environment in ways that many of us may not be aware of upon initial inspection. A study from Ithaca College in New York (2017) concluded that, “planting cannabis for commercial production in remote locations is creating forest fragmentation, stream modification, soil erosion, and landslides.” And when it comes to indoor grows, there are subsequent energy requirements, most notably electricity and water — of which large grows consume huge amounts of each.

While cannabis consumption may have led to heightened awareness about the climate change crisis, there’s no such thing as a free lunch. The negative side of mass cannabis production is more clearly seen when there’s an understanding of the role terpenes possibly have on air quality.

The Other Side Of Terpenes

Terpenes are responsible for the potent scent of cannabis. They exhibit many medicinal benefits, but few know that they are also something called a VOC (volatile organic compound). These are one of the raw ingredients for what we later consider air pollution. VOCs like terpenes react with other compounds such as nitrogen oxides that are the by-product of combustion. In today’s world of power plants and motorized vehicles, there’s no shortage of sources for this inconvenient synergy.

RELATED  How Distillate is Made

When exposed to sunlight, nitrogen oxides and VOCs undergo some complex chemistry. The result of this chemistry is pollutants like particulate matter and ground level ozone, both of which contribute to air pollution. 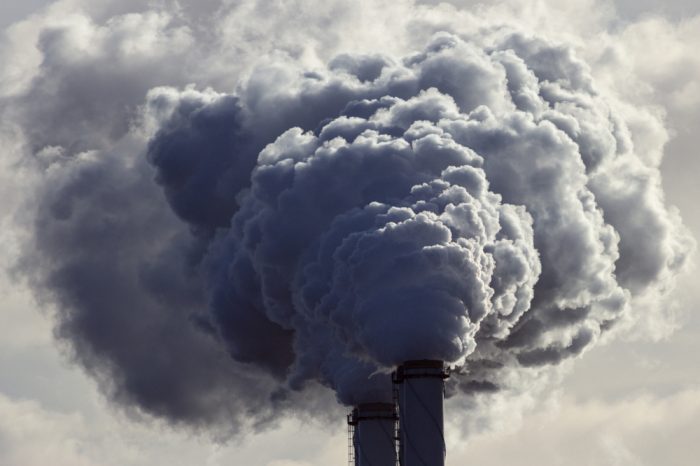 What Do The Studies Say On The Matter?

A study published by Atmospheric Environment (2018) investigated the aforementioned issue and found it to be a very real thing. The study noted that the ratio of nitrogen oxides to VOCs matters. And that with different ratios between the compounds, different pollutants are the result.

They found cannabis to be average in terms of the quantities of terpenes in emissions. However, they also noted that terpene quantities were quite variable and greatly upon dependent on the strain(s) in question.

A more recent study — from the Desert Research Institute and the Washoe County Health District in Nevada (2019) — investigated how indoor cannabis grows affect surrounding air quality. Four facilities went under examination as part of the study which took place in both California and Nevada.

The study found dangerous levels of VOCs in the air in each of the four facilities in the study. In addition to VOCs, the researchers also found high levels of butane in the processing facilities. Butane was the chosen solvent for extraction in the making of concentrates. Strict regulations exist around its presence in the final product due to the known dangers associated with exposure to excessive amounts. The fact that it was present in the air at the facilities in question was of concern to the researchers. In addition to being harmful to human health in sufficient quantities, it’s also a non-biogenic VOC. This means that it also reacts with the emissions from combustion engines.

After almost a century of prohibition, the newly-formed cannabis industry now finds itself in somewhat of a boom. But of course with that comes the ignorance toward many aspects of the industry — something that regulation will one day solve. 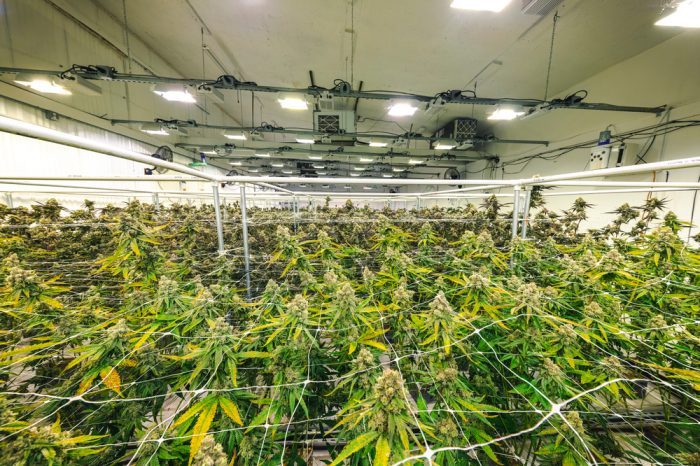 What Regulations Could Preserve Air Quality?

The current regulations do not impose emission limits with regard to air quality, but that may change in time. One possible remedy may be the mandatory inclusion of carbon air filters on the exhausts of grow houses. It’s thought this may capture up to ninety eight percent of volatile emissions.

It’s in everyone’s interest that the improvement of air quality happens across the globe. But one issue worth highlighting is the direct effect that poor air quality can have on the workers at cannabis facilities. Exposure to compounds such as butane over time can have detrimental effects on health. A study — by the Board on Environmental Studies and Toxicology in Washington DC (2012) — showed that we can tolerate exposure up to a certain threshold, but with exposure to higher levels comes neurotoxicity and eventual organ failure.

Do Small-time Growers Need To Worry?

Perhaps. After all, climate change affects us all, and we all have a part to play in steering this ship away from danger. For the home growers, installing carbon filters will have the added benefit of helping remove the lingering odor.

Many carbon filters have a pre-filter which helps extend the lifetime of the actual filter. It’s important not to skimp when it comes to buying one. Thickness matters, as does durability. By making an investment now, you’re paying it forward to future generations.