May Cause Suicide: How Is This Acceptable Medicine?

Anti-depressant medication warns that its use ‘may cause suicide.’ How is acceptable?

In the annals of medical misery, not many conditions beat depression’s ability to rob humanity of its joy. Yes, there are diseases of the mind and of the body that inflict searing pain and lasting damage. But clinical depression beats almost all of them by sheer numbers alone, making it a modern-day menace. And as if that’s not enough, accepted medical treatment may cause suicide.

A team of Swedish scientists recently conducted a study to examine the issue. They studied young women who had died of suicide from 1999 to 2013. As the years wore on, more and more Swedish women ages 15-24 took their own lives, and — just as shockingly — the number of them who had anti-depressants in their system rose at an even higher rate. In the period between 1999-2003 toxicological analyses found antidepressant use in 23 percent young women’s suicides. That rate rose to 39 percent for 2009-2013.

And the Swedish aren’t alone in this. Their numbers are reflective of a growing global increase in depression and depression-related suicide.

“Basically, depression is the worst disease you can get. It is devastating,” said Stanford University professor Robert Sapolsky in a recent talk. “Current estimates are that 15 percent of us in this room will have a major depression at some point in our lives. That is not good. What is also clear is that it is worldwide. Currently, the World Health Organization says depression is the number four cause of disability on this planet and by the year 2025, it’s going to be number two.”

But if depression is such a common problem, and the Big Pharma treatment might lead to death, why isn’t more being done to combat this issue? Could cannabis help?

Three Big Words: May Cause Suicide

The scariest thing about depression for many families is the possibility of losing a loved one forever. From a public policy standpoint, the most frightening part is that more people will die needlessly because governments refuse to listen to or fund good research. 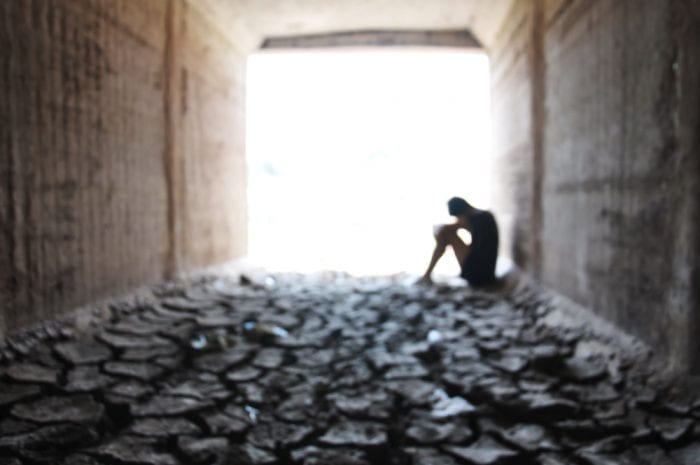 An article published in the journal Frontiers in Public Health (2013) analyzes the widely held belief that depression causes nearly all suicides.

“Could it be a case of the old belief or assumption ‘you must be out of your mind to kill yourself’ that has somehow become accepted? The notion that suicide is caused by depression is so strongly established in the mindset that even educated health professionals refuse to question the evidence and thus try to fit every suicide into this model,” Said Shahtahmasebi writes.

Again, though, if we’re so worried about suicide, and because it’s been shown time and time again that pharmaceuticals may cause an increase in suicidal thoughts, why are we thinking about depression in the same old ways? 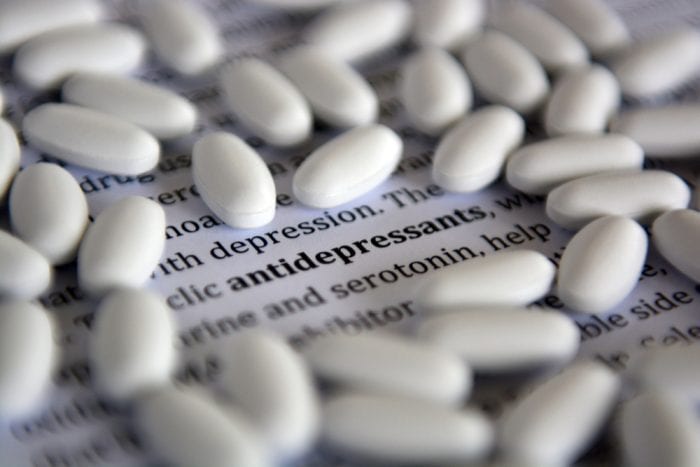 Is Cannabis the Way Forward?

Pharmaceuticals may cause suicidal thoughts in depressed people because they treat only half the problem. Depression often has two expressions: feelings of hopelessness, and a severe lack of energy and motivation.

Researchers have long theorized that depression is caused by a lack of serotonin in the brain, a claim which has never been proven. Doctors then treat patients with drugs that cause the serotonin in the brain to stick around awhile longer. For some people, this helps. They find the motivation to go the gym or the psychiatrist or back to work, and their depression begins to dissipate like fog on a sunny day.

For others, however, anti-depressants don’t calm the stormy skies of their minds. They still feel hopeless, and they put their newfound energy toward something they’ve already considered: suicide.

RELATED  Feeling Lonely Doesn't Have To Be The Human Condition

It’s clear that depressed people often turn to whatever outlets provide respite from their torment. In the more beneficial examples, that’s cannabis. A longitudinal study from 2018 in the British Journal of Psychiatry definitively found that, unlike anti-depressants, there’s no causal link between cannabis and suicide. That could mean cannabis could make a good path forward for many depressed people.

There’s an increasing move toward using cannabis for mental health. Cannabis can help with the come down during a depressive episode or panic attack – in other words, mental states that lead to snap decision making and suicide. CBD, in particular, has been found to calm the effects of depression and anxiety.

So why aren’t we recommending cannabis to more people? You can decide that for yourself. But if you’re struggling, consider cannabis. It may end up being your light in the darkness.