Bernie Sanders promises to lend the Medicare advantage to everyone, even medical cannabis patients.

Nicholas Vita, CEO of Columbia Care, claims that ‘Medicare for All’ will dramatically improve patient access to cannabis. Vita wants medical cannabis patients to have the Medicare advantage.

Vita’s company, which owns dispensaries in multiple states, has just released the Columbia National Credit Program. The program is the first national credit card for the cannabis industry, and allows cardholders to charge their orders in any of Columbia Care’s dispensaries or online services.

Vita says that because of the way we handle cannabis “there’s no access to credit, which is the most common form of transactions for consumers. We thought that alleviating one of the most important bottlenecks, we can actually increase access in a significant way,” says Vita of his company’s credit card service.

“Most banks won’t touch the industry because of issues. We found a way to provide transparency,” Vita told Yahoo Finance’s “The First Trade” last month, “For us it’s not only a temporary solution but a long-term solution that can eventually be folded in to a more traditional form of credit.” 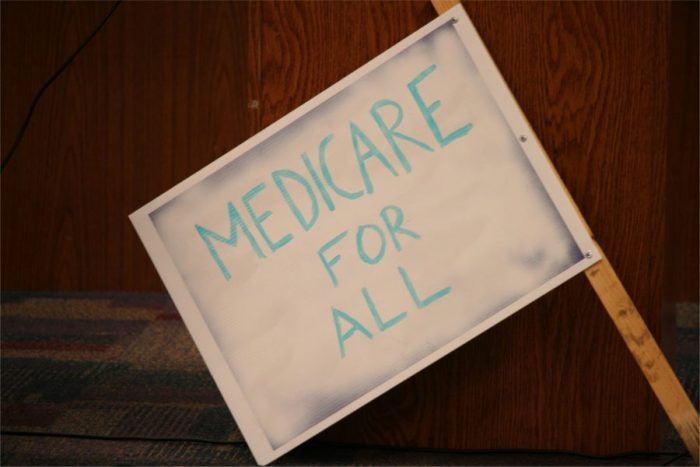 Vita also spoke about the Medicare for All Act, a bill introduced by presidential hopeful Sen. Bernie Sanders (I-VT).“I think it would eliminate the financial subsidy for people to use products like opioids,” he says. Vita believes that Medicare for All could “actually open the door for them to use products that are potentially much less harmful and more efficacious like medical cannabis.”

The National Institute on Drug Abuse released a report in 2018 showing 130 daily deaths from opioid overdoses. In addition, The Centers for Disease Control and Prevention put the cost of the opioid epidemic at $78.5 billion annually. In this regard, Vita has a point that we should open ourselves to alternatives like medical cannabis.

What is Medicare for All?

Currently, Medicare covers Americans 65-and-over (as well as those with disabilities or kidney failure), but under the Medicare for All Act, Americans of any age would be covered.

Sanders first introduced the idea of Medicare for All in the 2016 election. His updated version includes coverage for long-term care. Sanders hopes to win the Democratic nomination in the upcoming 2020 presidential election.

Sanders is something of a progressive hero in the US, and his long-held platform has always included support for legal cannabis. The presidential candidate has a page on his campaign site feelthebern.org dedicated to explaining the costs and other negative impacts of the drug war. 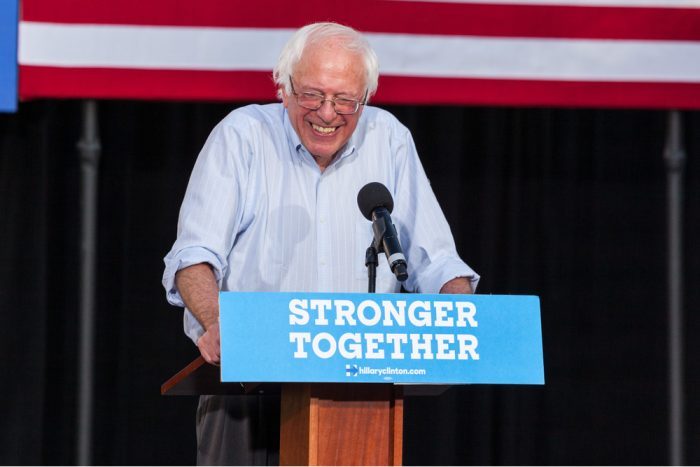 Sanders not only proposes to legalize cannabis on the page. He also explains how he wants to wipe all cannabis charges and prevent employers from asking about previous offenses. Sanders has been a long-time advocate for the cannabis industry’s banking issues since he signed the Marijuana Businesses Access to Banking Act of 2015.

The 77-year-old senator also revealed on his page that he has, in fact “inhaled” (i.e. used cannabis). However, Sander’s says it wasn’t for him. “Because I coughed a lot, I don’t know. I smoked marijuana twice, didn’t quite work for me… It’s not my thing, but it is the thing of a whole lot of people.”

If passed, Sanders proposal for this Medicare advantage would take the place of job-based and individual private health insurance. This would give a medicare advantage to all people by establishing a National Healthcare System which guarantees coverage with no premiums, deductibles, and only minimal copays for all US residents.

One Medicare Advantage: Cannabis For All

Columbia’s National Credit Program was established to help with one of the major problems in the medical cannabis industry – high patient costs. Patients told Minnesota’s Bemidji Pioneer newspaper that they spend anywhere from $200-$700 per month on cannabis medications. This works out to be as expensive as some of the priciest prescription medications. For many patients this is simply not affordable when paying out of pocket.

It makes sense that Sanders should consider expanding his Medicare for All Act to include medical cannabis. He is an advocate both for the use of medical cannabis and the expansion of national health care. This, of course, would have to happen after moves are made to legalize cannabis for medical purposes on a federal level.

RELATED  What About Hemp Instead of Petroleum?

So far, however, the two issues have stayed relatively separate in Sander’s campaign. Some Democrats have already been resistant to Sanders’ Medicare for All Act. Others prefer to focus on expanding the Affordable Care Act, or Obamacare. Trump, however, has also set his sights on the Affordable Care Act, or rather repealing it. He says he will take on the issue next year as a central part of his campaign.

It’s clear that fighting for the Medicare advantage (or against it) will be a major feature of the 2020 election. All the more so if Senator Sanders wins the Democratic nomination. Patients and the cannabis industry both will be keeping close tabs on the Democratic race. Watch this space for updates as the race continues.