A new research review has been published in Alcoholism Clinical and Experimental Research (2019), looking into how CBD could potentially treat alcohol use disorders by working with the microbiota-gut-brain-axis (MGBA). The study investigates how CBD may impact signaling from the brain that drives alcohol abuse behavior. Researchers also investigate how CBD might help alleviate symptoms of alcohol abuse in the body.

Interestingly, this review gives focus to how CBD can restore gut health. Alcohol abuse harms the body’s immune system and gastrointestinal system. It causes chronic inflammation that can lead to liver disease and problems in the digestive system. Interestingly, it also shows that disturbing the balance of the consumer’s gut microbiome can affect the brain.

How Alcohol Affects Your Brain Through Your Microbiome

Alcohol-induced gastritis is a common symptom of heavy drinking. It’s caused by the erosion of the stomach lining. The inflammation brought about by gastritis can be painful. It can also change the gut microbiome. And we now know that a disturbance in one’s gut microbial species can influence mental health. As the above review pointed out, changes in the biome can cause, “symptoms such as craving and impaired cognitive control.”

Heavy consumption of alcohol negatively impacts this microbiota when it erodes the lining of the stomach. Without adequate lining, the stomach can become irritated and inflamed by acidic digestive juices. This creates an environment of increased levels of pro-inflammatory gut microbes and decreased levels of normal bacteria. As the gut biome changes, more inflammation occurs. This can lead to neuroinflammation, thereby contributing to mental illnesses.

How CBD Can Heal the MGBA From Alcohol Abuse

A healthy gut is one that contains a balance of both good and bad bacteria. Probiotics can help restore a gut’s microbiome, and so can certain foods, like yogurt. CBD could also potentially help, and apparently was used throughout history for that very purpose.

That’s where CBD could be a potential help. A study published in Current Neuropharmacology (2016), found that activation of the CB1 receptor could reduce gastric acid secretion and the formation of gastric mucosal lesions. Alcohol abuse can create these lesions, causing stomach pain, nausea and vomiting. This study also revealed that the “involvement of both CB1 and CB2 receptors was shown to inhibit intestinal inflammation.”

Research on patients who heavily consume alcohol has shown that those who “co-used” alcohol and cannabis had a twenty-five percent lower risk of developing gastritis. However, that doesn’t mean that drinking alcohol and consuming cannabis together is healthy.

Cannabinoids like THC can further impair cognitive function. While findings do not conclude that cannabis consumption makes drinking worse, it can heighten the effects of alcohol. 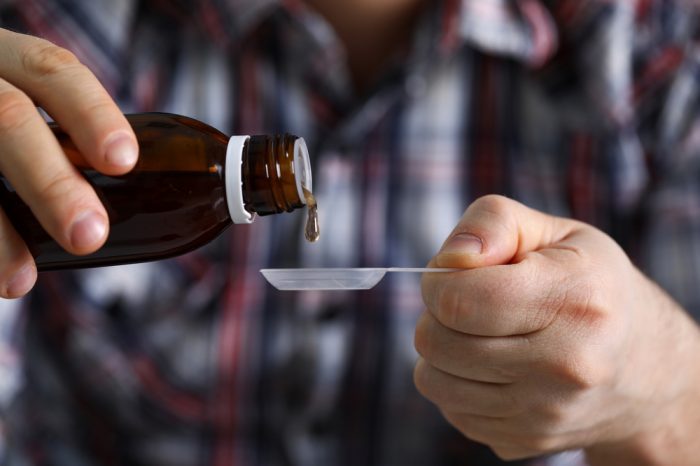 Other Ways CBD Could Help the Body Recover From Alcohol Abuse

Recent studies have also delved into how CBD could potentially help other areas of the body in the wake of alcohol abuse. A review published in Frontiers in Pharmacology (2019) found that CBD could possibly reduce damage to the liver. By reducing inflammation, lipid accumulation, and inducing death of hepatic stellate cells, it could reduce steatosis and fibrosis in the liver.

Other studies have also shown promising results in cannabis’ ability to protect the liver. Research in Liver International (2018), found that it could cut the chance of developing an alcohol-related liver disease by fifty percent.

Another study published in Alcoholism Clinical and Experimental Research (2019), found that CBD could have a neuroprotective effect. This could help alleviate alcohol-related issues exerted on the hippocampus. Heavy drinking can have a serious effect on the brain, permanently damaging brain and nerve cells.

In preclinical trials on rodents, researchers also found that CBD could potentially reduce withdrawal symptoms. This could prove to be helpful in treating alcohol abuse by helping to treat impulsive reward seeking, withdrawal-induced convulsions and inflammation.

However, human studies are needed. As of yet, most of the information we have is from studies on rodent subjects. But as the research suggests, the early preclinical data is promising. With a high tolerability and low toxicity profile, CBD could have promise as a potential treatment to heal and reduce damage to the body’s MGBA from alcohol abuse.