I Have PTSD After Marine Service in Iraq

“Cannabis has literally and figuratively saved my life.” I was suicidal, until I tried cannabis.

I was suicidal and suffering from PTSD for about 15 years, since my time in Iraq (2003) with the Marine Corps infantry. Further, I also suffer from MDD which has been further aggravated by both the PTSD and multiple head injuries. I have tried the full spectrum of antidepressants, antipsychotics and anti-anxiety medications provided through the VA and have not found much relief. 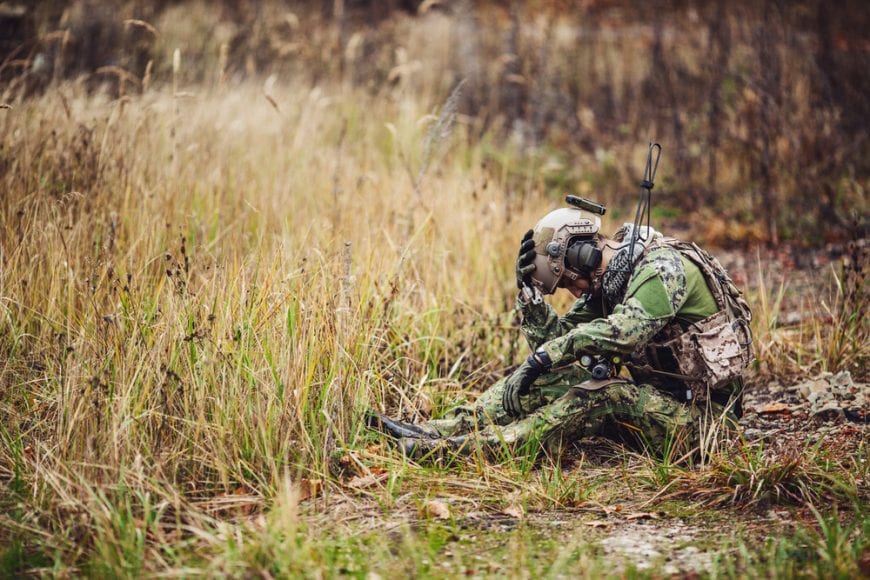 So, I had smoked cannabis recreationally before, but, it was infrequent and purely for fun. Then I began using cannabis to treat my symptoms soon after the recreational legalization of pot here in Reno, Nevada. It has saved my life both literally and figuratively. As many already know, suicidal ideation is common among veterans and service members suffering from PTSD. I have been chronically suicidal over the years with multiple attempts and hospitalizations. Cannabis disrupts those negative thoughts and allows me to critically think about the consequences of suicide and allows me to quickly eliminate that thought as an option to my problems.

What Can Cannabis Help a Veteran With?

I enjoy life more. I enjoy everything more. I’m not irritable or obsessive on cannabis, nor am I sad or lonely. It absolutely brings out the best in me and allows me to experience hope.

As far as strain, I typically gravitate towards sativa and sativa-dominant hybrids. I benefit greatly from the uplifting and creative effects. It helps me to stop isolating in my home and head out to socialize more. I also like that it increases my appetite. I don’t eat when I am depressed and food/cooking have always been one of my passions. 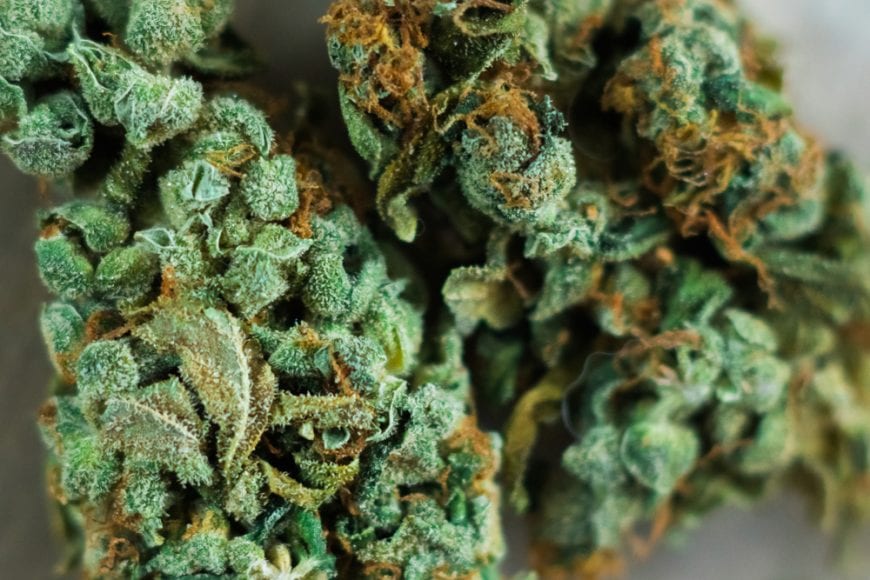 For method of delivery, I usually smoke flower for an initial dose and then I casually maintain the effects with a vape pen, if necessary. It has improved my quality of life beyond words. I no longer feel doomed. I no longer feel hopeless and afraid of my future. If I had one sentence to describe what cannabis has done for me, it would be the following. Even though I live with a disability, it helps me to realize my full potential and actually live again.

From RxLeaf: Who Gets PTSD?

PTSD is a disease that exists on a continuum, varying in degree and manifestation from person to person. The U.S. Department of Veterans Affairs estimates that between 7 to 8% of people will develop the disease during their lifetimes, and that 8 million adults suffer from it every year.

Despite how commonplace it is, most people associate PTSD with combat veterans — and for good reason. They experience PTSD at more than double the rates of the average population. Oftentimes, veterans struggle to find support in the macho world of the military, and fare no better back at home in civilian life.

Some of that comes from many people’s misunderstanding of PTSD, and some of it comes from the government’s obstinate refusal to make cannabis widely available to suffering vets.

Cannabis has several therapeutic benefits for PTSD sufferers. In fact, people who develop PTSD have been shown to have a reduced number of naturally occurring cannabinoids in their bodies. This leads to certain imbalances that PTSD exploits.

The human body’s endocannabinoid system, which regulates mood, memory, pain, and more, is essential for proper emotional functioning. When it gets out of whack, the body loses control of its emotional governors. This can lead to symptoms like anxiety and depression, among others.

Cannabinoids can function in place of the naturally occurring endocannabinoids that help regulate emotion and mood. In this way, cannabis restores the body to its natural homeostasis. That’s important.

RELATED  How Does Cannabis do Against Insomnia and Sleep Apnea?

Using cannabis for PTSD isn’t about “getting high” to escape PTSD, but rather dosing with effective medicine that brings the body back to a neutral state.

But it doesn’t just manage these emotional manifestations of the disease. Cannabis can also treat some of the peripheral symptoms.

In addition to helping PTSD sufferers normalize their emotional responses, cannabis helps with physical pain, eases stress, helps block flare ups of harmful memories, and enhances the ability to sleep. Its these things and more that stopped Mike form being suicidal.

That’s a lot for one substance — but the studies back it up.

This case study in the Permanente Journal showed how CBD, one of the active ingredients in cannabis, was able to help a young woman with PTSD live a less stressful and more restful life. The girl had been sexually abused and nearly abandoned at a young age, which brought on the condition. But with a regular treatment of PTSD, she was able to live a life with less anxiety and much more sleep.

Cannabis is not just a one-trick pony when it comes to helping combat veterans navigate their PTSD diagnoses. It’s closer to an all-in-one treatment.

While there’s no cure for PTSD, cannabis provides benefits to great number of sufferers.