Mold a major health hazard that goes unnoticed or unattended by dispensaries and producers. How can you protect yourself from mold on cannabis?

Over the years, several recalls and court-ordered holds for products resulted from labs detecting mold in medical and commercial cannabis. Causes for mold include poor air filtration at cultivation sites, high humidity, and contamination from spores brought from the outside (on clothes, hair, pets, etc.).

Why is Mold a Health Concern?

All molds are fungi that grow in little filaments called hyphae. Hyphae resemble hair, which is why mold typically takes on a fuzzy appearance. Molds release reproductive cells through spores that form at the tips of the hyphae. (Worth noting: some researchers believe that spores themselves don’t trigger adverse reactions, but toxins in molds do.)

Inhaling mold spores can cause runny nose, sneezing, watery or itchy eyes, or coughing. If someone has an allergy to mold, they may experience wheezing or shortness of breath. In some extreme cases, exposure to mold can trigger a life-threatening reaction requiring emergency medical care. 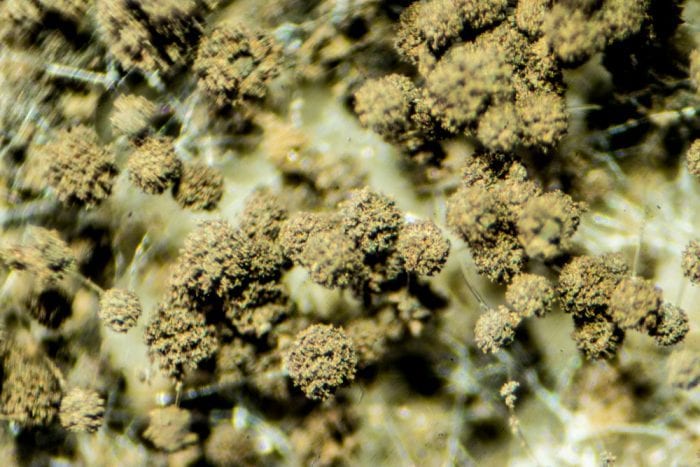 Most folks know that mold poses additional threats to immunocompromised individuals, patients whose immune systems have been crippled by disease (e.g. HIV, cancer) or medications (e.g. cancer drugs, steroids). However, these fungi can also harm anyone with immunocompetent, or otherwise healthy, immune systems.

In 2018, doctors published a case study in The British Medical Journal detailing a cryptococcal meningitis infection in an immunocompetent individual who smoked cannabis on the daily. Typically, doctors only see this rare fungal infection in severely immunodeficient patients, such as those with AIDS.

Kyle Boyar, a field applications scientist at the cannabis-testing-tech firm Medicinal Genomics, noted that Cryptococcus is just one mold that threatens cannabis consumers. In 2017, doctors reported another mold, Aspergillus, infected a 46-year-old man’s lungs due to smoking contaminated cannabis. The “large fungus ball” found in the man’s chest could have spread the Aspergillus to his heart, kidneys, or brain.

“Aspergillus can be quite invasive to human lungs,” Boyar wrote to RxLeaf in an email. “Aspergillosis is not limited to those with compromised immune systems.” 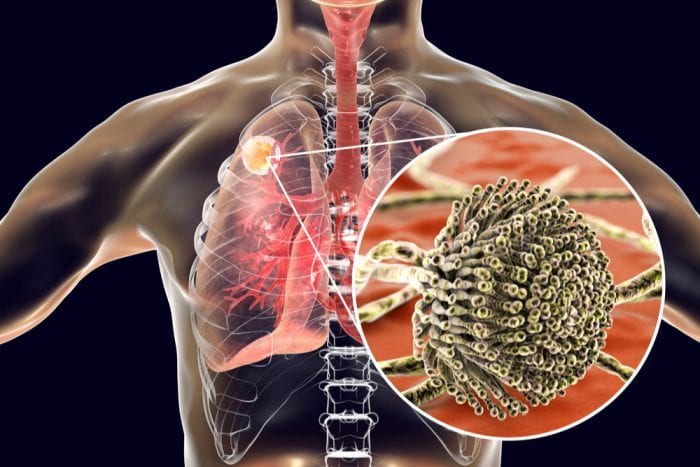 Mycotoxins: Risk on Top of Risk

No one wants mold growing inside of their lungs. One way to avoid fungal infection from inhaling spores is by eating cannabis instead of smoking or vaping it. Unfortunately, mycotoxins – hazardous compounds produced by mold – pose another health risk, one that can seep into infused edibles.

Although the heat from cooking edibles may destroy most, if not all, of the mold and their mycotoxins in cannabis, some mycotoxins are incredibly resilient to heat. Boyar also noted that there’s a delicate balancing act when it comes to heat-treating cannabis: too much heat will deplete the product’s terpenes and convert the cannabinoids to their bioactive forms.

Even worse, the testing requirements may fall short for detecting mycotoxins.

“In many states, mycotoxin testing is still relatively new or does not exist yet,” wrote Boyar, “so there isn’t a ton of data to pull from to know how widespread of an issue it is.”

Mold contamination in cannabis is not only dangerous but costly as well. Earlier this month, the Canadian company Tetra Bio-Pharma suspended phase 3 clinical trials for a new drug made from cannabis after researchers detected mycotoxins in samples being administered to patients. One of those mycotoxins, aflatoxin, is carcinogenic. 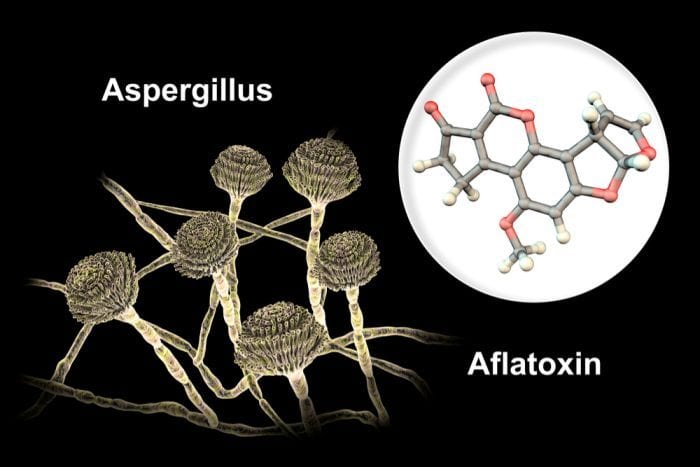 Two other deadly mycotoxins – ochratoxin A and vomitoxin – were also detected in Tetra Bio-Pharma’s experimental drug. Ochratoxin A, like aflatoxin, is also carcinogenic; it’s also neurotoxic, and could be one of the culprits behind Alzheimer’s disease.

Vomitoxin, true to its name, triggers an unusually high synthesis of serotonin in the gut, causing nausea, vomiting, and stomach ulcers.

“Most states do not even test for these particular mycotoxins,” he wrote. “Additionally, some of these products create oil-rich environments and may yield other microbial threats like Clostridium botulinum which produces botulinum toxin,” the most lethal toxin known to science.

How to Protect Yourself From Mold

With so much cannabis going untested before flying off dispensary shelves, it’s smart to remain vigilant of mold contamination. But without expensive lab testing equipment, how can patients and consumers protect themselves?

The easiest (and cheapest) way to detect mold is with the eyes. Moldy cannabis will feature powder or fuzz that looks nothing like kief or trichomes. Consumer-level microscopes, either light microscopes or digital ones, can help you spot mold and their hyphae, too.

However, Boyar cautions those not trained in microbiology against relying on your naked (or even aided) eye. Instead, he suggests buying products that “have undergone rigorous third-party testing for microbial contaminants.” But because state regulations currently lag behind the reality of mold contamination, consumers should also ask about what kind of testing a lab performed on a particular cannabis product. 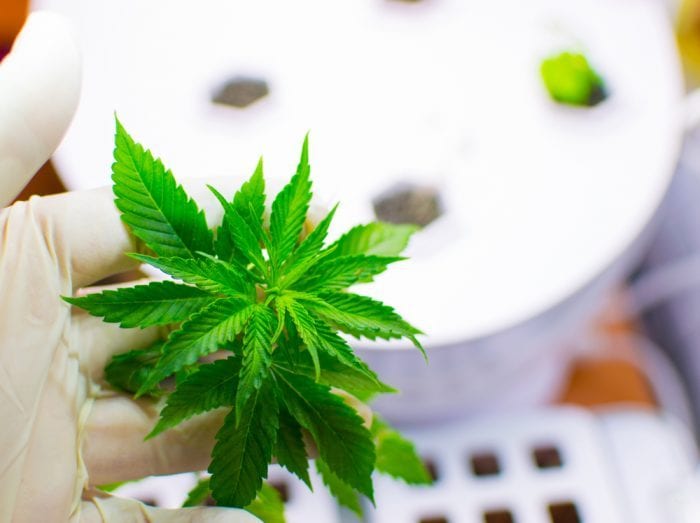 “…pathogens like Aspergillus have a difficult time growing in culture,” he explained, referring to one technique cannabis labs currently use to test for moldy cannabis. Because some molds don’t culture well, failing to grow mold colonies on plates may produce false negatives. Boyar wrote that molecular technologies that sequence or amplify fungal DNA, like qPCR, should be used instead.

Fortunately, millions of people smoke, vape, dab, eat, and drink cannabis every day while never coming across a single nug of moldy weed. Hopefully, regulators and their industry cohorts will continue stepping up their game to keep it that way.

Landrace Strains Are the Holy Grail of Cannabis

Drying and Curing Cannabis at Home: A Crash Course