The MORE Act Might Bring About The Legalization of Cannabis – Eventually

The Legalization of cannabis could come with the passing of the MORE act. But could congress pass it any time soon?

Update: In November 2020, House Majority Leader Steny Hoyer confirmed that the vote would occur in December 2020. This comes after a number of traditionally ‘red’ states passed sweeping legalization bills in the November 2020 Election.

The U.S. House of Representatives could start the country on the path toward the legalization of cannabis this month. That is, if it passes the MORE (Marijuana Opportunity Reinvestment and Expungement) Act.

The MORE Act would do four things immediately:

But it would do much more than that. The MORE Act would become single biggest change in U.S. cannabis policy since illegality.  There’s still a long road before that happens — if happens at all. But if Democrats can flip four Senate seats, and Joe Biden wins the presidency, there’s a good chance the MORE Act will see the legalization of cannabis in America.

Beyond the Legalization of Cannabis

As the name implies, the MORE Act isn’t solely about the legalization of cannabis. It’s about trying to correct past injustices.

That’s why it includes measures that will erase the jail sentences of people convicted of cannabis crimes. And, its why it will re-invest tax revenue from sales to social programs helping individuals and communities damaged by over-policing and harsh sentences in the name of being “tough on drugs.”

These additions could plausibly be said to make it tougher for the More Act to pass. But, realistically there are very few politicians who believe in decriminalizing cannabis without rectifying the problems caused by keeping it illegal.

As the majority of Americans are in favor of a more progressive cannabis policy, the MORE Act will demarcate a line in the sand, forcing politicians to pick which side of the issue they’ll stand on. This will set the stage for further progress in the years to come.

Does the MORE Act Have a Chance?

In order to become law, the MORE Act has to pass three challenges: passing the House, passing the Senate, and getting signed by the president. Each step will be a Herculean effort on its own, but understanding the key players and their spheres of influence can help in determining how likely it is that the MORE Act becomes law.

The easiest hurdle is passing the House of Representatives. This is because Democrats and progressive-leaning House members have the power. Jerry Nadler, Democrat of New York, introduced the house Bill. It made it out of the House Judiciary Committee with a 24-10 vote, when two Republican members voted in favor.

Things are trickier in the Senate, but not impossible. As things currently stand, there’s no way a cannabis decriminalization bill will get past the chokehold that Majority Leader Mitch McConnell (R-KY) has on the Senate. However, Democrats have a legitimate shot of securing a majority in the next election, according to the prescient analytic geeks at FiveThirtyEight and the pollsters at the Washington Post.

If that happens, the MORE Act could be brought to the floor and voted upon in a meaningful way — one that might actually have a shot at passing. A Democratic majority will have its work cut out for them, but passing the MORE Act would be a great way to signal a realignment of focus toward helping underserved communities and taking meaningful steps to address previous corruption.

Kamala Harris and The Legalization of Cannabis

It doesn’t hurt that the bill’s sponsor in the Senate is Kamala Harris, the Democrats’ Vice-Presidential nominee. Her clout in the party is growing. Her voice could be a powerful one to win over fence-sitting Democrats, or even the president — should her man win.

The last part is the biggest mystery. Should Trump win re-election, the chances of the MORE Act passing are dead. But if Biden wins, there’s a chance he could sign the bill into law. This is important because if he were to veto the MORE Act, Democrats would not have enough votes (a two-third majority) to override his veto and pass the law.

Biden’s position on cannabis isn’t great. But it’s probably not the biggest indicator of his acceptance of the legalization of cannabis. Better barometers could be the will of the American people who support cannabis rights regardless of party affiliation, and Senate consensus building.

As a former senator, Biden has a long history of working with coalition to form majorities. He also has a very good sense of the “middle” of American politics, and manages to insert himself just to its left. Plus, if Biden reintroduces the MORE Act as the same bill his VP sponsored, he’ll have a hard time running away from it. 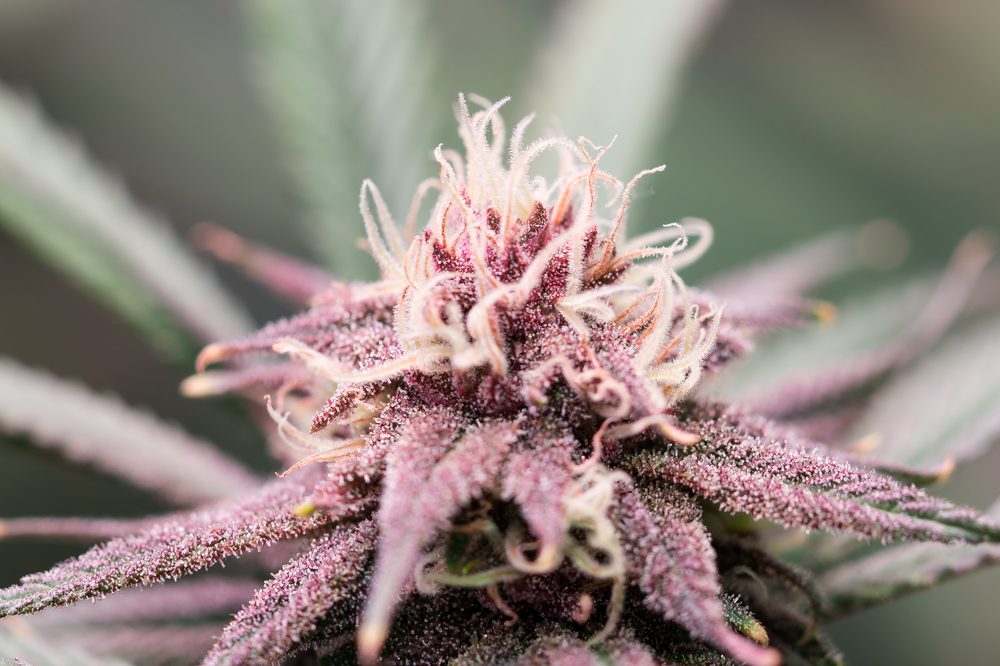 What the MORE Act Has Already Won

The MORE Act may have a slim chance of being law. But, it is already history. It’s also a signal that cannabis reform is inevitable.

The history of progressive politics in America is typically been one of false starts. It usually takes Congress a few tries before its able to pass big, forward-thinking, pieces of legislation. Bill Clinton fought hard for a healthcare overhaul years before Barack Obama was able to pass it. Similar missteps occurred for gay and civil rights initiatives.

The legalization of cannabis could very well follow a similar trajectory. For one thing, the MORE Act will preserve a record of congress’ voting on the issue. For another, it will change the discussion moving forward. Reporters and voters can point to this piece of legislation to ask candidates if they would support it, specifically.

The bill’s cosponsors in the Senate are the power players in the party: Sens. Cory Booker, Jeff Merkley, Elizabeth Warren, Kristen Gillibrand, and more. If the Senate’s brightest stars cannot pass a bill they’ve cosponsored when there’s a Democratic majority, something is wrong.