Why do some people experience a negative reaction with THC?

Finding the proper dose and appropriate chemovar for a given condition (and patient) are perplexing problems for physicians. Accordingly, there seem to be inexplicable differences between them, and people’s reactions to them, that make standardization a daunting task. In one of the first explanations for these phenomena, research out of the journal Translational Psychiatry (2013), looked at the relationship between gene mutations and the cannabis experience.1)Lok, A., Bockting, C. L. H., Koeter, M. W. J., Snieder, H., Assies, J., Mocking, R. J. T., … Schene, A. H. (2013). Interaction between the MTHFR C677T polymorphism and traumatic childhood events predicts depression. Translational Psychiatry, 3(7). doi: 10.1038/tp.2013.60 Genes definitely impact the medicinal experience of cannabis experience. This could include the frustrating fact that edibles just don’t work or that THC induces anxiety. Could this study explain the potential connection between MTHFR gene mutation, cannabis use in adolescence, and depression?

What is the MTHFR Mutation?

Basically, humans have a complex genome made up of twenty-three chromosomes. Further, over the years, geneticists have determined these contain approximately 20,000 to 25,000 unique protein-coding genes. These are the basic building blocks of human-life and are responsible for the similarities and differences between people.

Genetic mutations are permanent changes within basic DNA sequencing. According to the National Library of Medicine, “Mutations range in size; they can affect anywhere from a single DNA building block (base pair) to a large segment of a chromosome.”

These may be hereditary, but it may also occur as a result of environmental factors.

The methylenetetrahydrofolate reductase (or MTHFR) gene mutation affects how a person processes amino acids. Amino acids form the basis of proteins, which are essential elements of human life, including neurotransmitters and hormones. Specifically, the MTHFR gene mutation impacts the MTHFR enzyme’s capacity to process vitamin B9.

The MTHFR gene mutation is not fatal, but it may, however, cause several medical conditions. These include homocystinuria, alopecia areata, spina bifida, congenital disabilities, and several other genetic disorders. Now, research suggests MTHFR mutation increases the risk of depression in people who have experienced childhood trauma. Since early childhood trauma and adolescent cannabis use is often a predictor for depression later in life, how does the MTHFR gene mutation play into it?

RELATED  For New Cannabis Patients: How to Consume Cannabis Oil 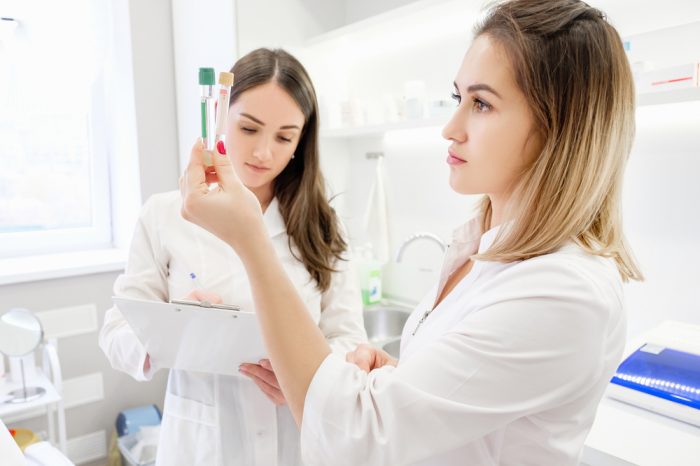 Is the MTHFR gene mutation responsible for depression?

In the 2013 study published in Translational Psychiatry, researchers explored the combination of childhood trauma, the MTHFR gene mutation, and cannabis use on depression. The research group worked with 124 participants who were each assessed for depression and early childhood trauma as well as for cannabis consumption.

How Does the Gene Mutation React with Cannabis?

The results? The authors discovered a statistically significant relationship between the MTHFR gene mutation (specifically TT variant) and recurrent major depressive disorder, especially among those who had experienced childhood trauma. The results help establish how people with past trauma, and a specific MTHFR gene mutation, are at higher risk of depression. Basically, the authors propose their findings, “could help to improve treatment strategies to prevent depression and recurrences.”

But, what is the role of cannabis in this mix? The connection between a tiny genetic mutation and cannabis is a complicated one. This is largely because it’s not direct, and it’s not yet proven. But, genetic research seems to indicate genes influence personal experience with the plant. And there is a substantial body of work connecting adolescent cannabis use with a higher risk of depression later in life.

However, despite this, the researchers did not find a connection between cannabis and the MTHFR gene mutation.

As they stated in their 2013 paper, chiefly, “cannabis use did not interact with the MTHFR genotype in the replication sample,” and, “Therefore, it is unlikely that cannabis use affected the interaction between childhood maltreatment and the MTHFR genotype.” The lack of relationship between cannabis use and MTHFR gene mutation eliminated cannabis from their discussion and conclusions.2)Lok, A., Bockting, C. L. H., Koeter, M. W. J., Snieder, H., Assies, J., Mocking, R. J. T., … Schene, A. H. (2013). Interaction between the MTHFR C677T polymorphism and traumatic childhood events predicts depression. Translational Psychiatry, 3(7). doi: 10.1038/tp.2013.60

RELATED  Anti-Depressant Withdrawal Can Be Dangerous. Cannabis is Not

Are New Patients Playing with Fire?

Moreover, the lack of relationship between the MTHFR gene mutation, depression, and cannabis use hasn’t eliminated the search for a genetic connection. It might be another one we haven’t yet discovered. 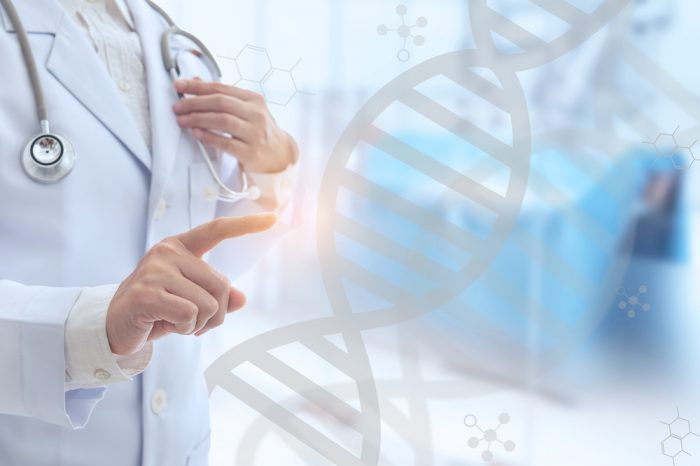 Cannabis Use Factors in Your Genes?

Basically, the MTHFR gene mutation may not be to blame for the negative side effects of cannabis use. However, other genes may be. Accordingly, as in other areas of medicine, the future may see genetic testing predict the therapeutic value of cannabis medicine on a patient-by-patient basis. It may also help craft better strain profiles. These could be profiles developed to limit the risk of plant-based medicine, should patients have specific gene mutations.

Until more research explores the relationship between these various parts, there is no way to predict an adverse reaction accurately. So, what about new patients with a history of psychosis or major depression? Patients like this should always work with a qualified physician as they begin treatment with the plant.

Finally, as with any medicine, it’s essential to know the risks (weighed with the benefits) before getting started.