Glioblastoma Multiforme (GBM) Should Have Killed Me

Glioblastoma Multiforme is often a death sentence. Here’s how cannabis helped one patient fight it.

Three years ago, one week before my 55th birthday, the doctor walked into my hospital room and informed me that I had three to five years to live. He said that the tumors would reoccur because I had stage IV glioblastoma multiforme.

My first thought was, “You are not God.” Thousands of people prayed for me. I believe that that was key to keeping my spirits up and to my healing.

But, when I arrived at home from the hospital, my son handed me a pipe with marijuana in it and said, “Smoke.” When I refused he handed me a pile, a HUGE pile, of research documenting the success of marijuana slowing or stopping tumor regrowth. Then I began smoking 3 puffs every single night as well as taking Temodar (temozolomide) for five days every 28 days.

I have remained glioblastoma multiforme tumor free and I’m still alive and doing well. I know for a fact the marijuana helps me through the 5-day cycle because one time I went without the marijuana and threw up 8 times in 24 hours during my cycle. That is the only time that that has happened.

As for whether it works or not for the tumors… all I can say is I’m still alive and doing great.  I believe that God is helping me stay alive and He gave us this plant in order to use it for medicine. 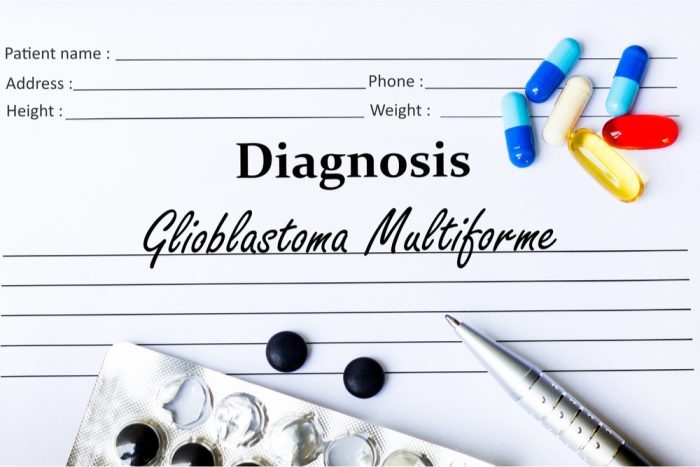 Here’s what the Studies Say

It is remarkable to hear another story of someone walking away from a brain cancer diagnosis. In this case, the patient relied on a monthly dose of chemotherapy. This, alongside a dose of daily cannabis, beat one of the deadliest cancers there is. Her story is yet another from a growing list of people. They are people using cannabis not only to treat the side effects of chemotherapy, but to treat the cancer itself.

In all likelihood, the massive stack of research her son gave her did not include the latest literature. This literature review outlines explicitly what we know so far about THC for the treatment of various forms of glioblastoma; which the review rightfully considers “the most malignant brain tumor and one of the deadliest types of solid cancer.”

According to the review, THC and other cannabis compounds target GBM cancer by promoting apoptosis (programmed cell-suicide). Cannabis also reduces cancer’s ability to invade other areas of the body (metastasis), cancer’s rate of proliferation, as well as a handful of other anti-cancer properties.

When combined in conjunction with conventional chemotherapy, cannabis-based therapies have shown the ability to increase the rate of survival. Traditionally, a diagnosis of GBM comes with a 95 percent mortality rate within five years. It is one of the deadliest cancers known to man. So, scientists finding a safe and effective compound to decrease the mortality rate is incredible. As mentioned above, she has survived her GBM diagnosis by combining cannabis with chemotherapy. 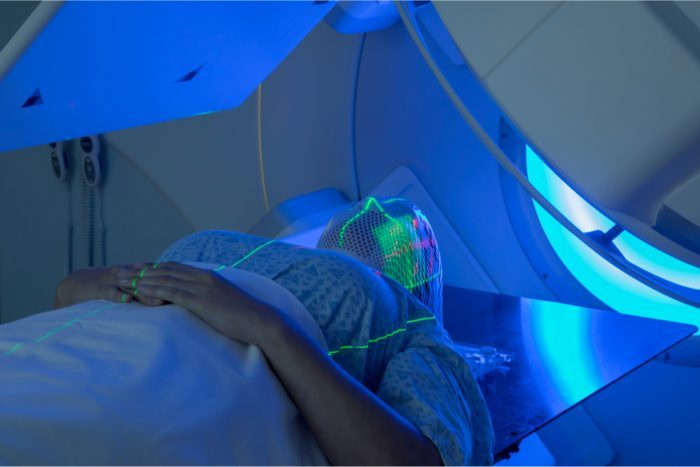 Any skeptics out there may be surprised to hear this: that there has already been a small preliminary study on human patients diagnosed with GBM. First and foremost, the clinical study demonstrates that THC had a good safety profile, and the patients tolerated it well. Out of the nine patients receiving THC therapy, two saw a measurable decrease in tumor cell proliferation. Now the research continues to refine this novel approach to GBM cancer.

As medical marijuana moves into the mainstream, it’s likely we’ll hear more stories of success. Especially as more and more doctors prescribe it as a co-therapy to cancer-treatment. Many are already using cannabis to reduce the challenging side effects (nausea, vomiting) of chemotherapy. As far as targeting cancer itself, some cannabis therapies are finding success. Know, however, that at present, these are mostly petri dish studies with pure cannabinoids (in vitro), rather than actually using cannabis in the human body (in vivo).