Myrcene Is So Much More Than The ‘Couch Lock’ Terpene

Myrcene has a reputation for putting patients on the couch, but there’s so much more to this zen terpene.

Strains high in myrcene are notorious for hitting like a forceful wave, leaving the consumer high and dry. And unable to lift themselves off the couch. The term is couch lock and it’s no joke. Still, couch lock is not the most important feature of this pungently aromatic terpene.

The evolutionary purpose of myrcene is not to create couch lock. Like all terpenes, myrcene acts as a natural defense for the plant. It helps protect against diseases and pests while also aiding in the lure of potential pollinators with its welcoming, earthy smell. But, like those pollinators, the dank fragrance also attracts humans. And whatever our culturally sanctioned view of what medicine is, our body knows at some deeper level that it means healing.

Myrcene is renowned for its earthy, spicy smell that’s often likened to cloves. It’s dominant in many common cannabis strains and composes up to 50% of the terpene content in individual strains. Strains that have more than 0.5% myrcene content will often induce a sedated, medicated feeling. It is something commonly associated with indica strains. 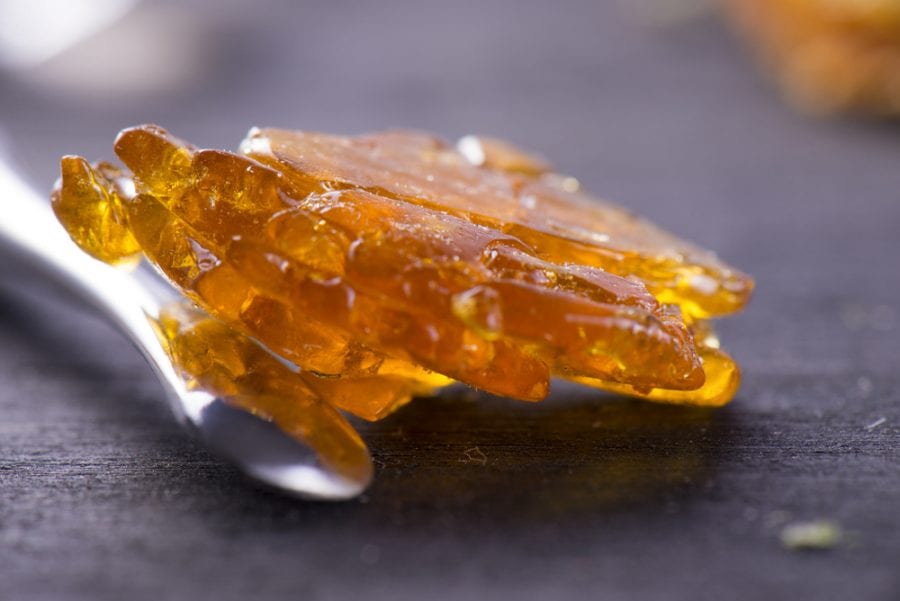 What Are the Benefits of Myrcene?

Myrcene exhibits some potential medicinal benefits to patients. In fact, two widely reported applications are managing symptoms of chronic pain and slowing rampant inflammation. The analgesic properties of myrcene exist due to the ability of myrcene to assist cannabinoids in crossing the blood-brain barrier. When more of the active plant compounds successfully navigate that barrier, more of them bind with receptors in the brain and help encourage the analgesic response.

Aside from cannabis, myrcene is found in other plants and is widely used in traditional medicines. Lemongrass tea, for example, contains high levels of myrcene and is commonly used in Brazil for its anxiolytic and pain-relieving benefits. In Mexico, lemongrass is a traditional remedy for insomnia and tight muscles.

Meanwhile, in Germany, hops are widely grown for the beer industry, and this myrcene-rich crop is harnessed as a sleep aid.

It doesn’t sound all that different from the intended use many have for medicinal cannabis, does it? When our modern uses align with those of traditional medicines around the world, and we’re treating the same ailments in a similar way, then we’re probably doing something right.

How Myrcene May Help Modern Diseases

Myrcene can help mitigate the cancer-causing effects of exposure to aflatoxins. These molecules are in mold, soil, and decaying vegetables. Myrcene inhibits the production of the liver enzyme, CYP2B1, the presence of which enables aflatoxin to damage our DNA.

These anti-mutagen effects of myrcene also extend to other toxins and are consistent with the properties of several other terpenes and extend to antioxidant and antimicrobial benefits.

What Do the Studies Say About Myrcene?

They have a lot to say as it turns out. As one of the most common terpenes in cannabis, it’s of particular interest to many researchers.

A 2008 study, that appeared in the Therapeutics and Clerical Risk Management journal, documented the analgesic properties of myrcene. Interestingly, the researchers were able to demonstrate that the pain-relieving effects of myrcene actually mimic opium, but without the associated downside of the addictive potential.

Looking into the sedative effects of myrcene, a study that appeared in the Journal of Phytotherapy and Phytopharmacology (2002), demonstrated its effectiveness in helping to manage symptoms of anxiety, insomnia, and sleep disorders. By giving patients a dose of 200mg/kg of body weight, researches were able to increase sleep time by an astounding 2.6 times! 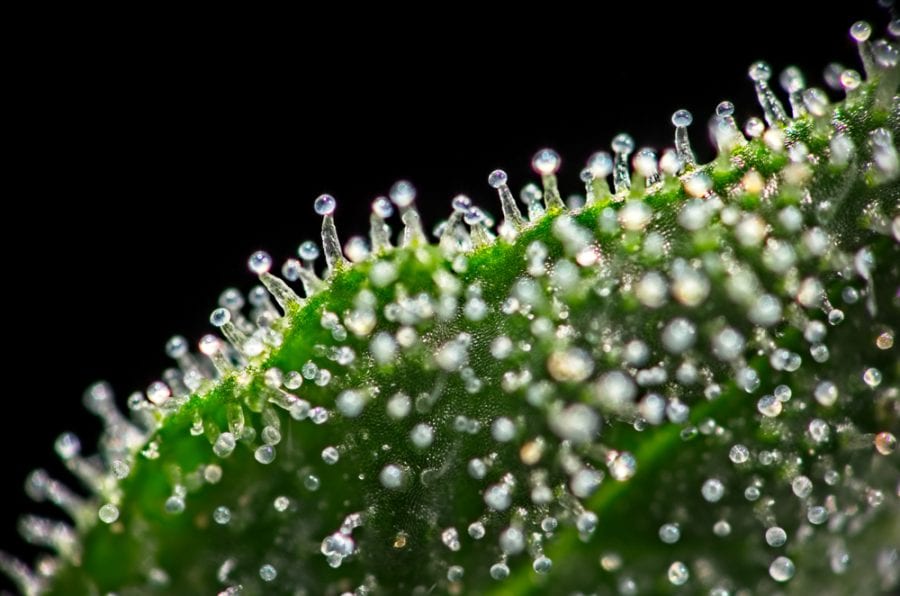 Myrcene appears commonly in what many people consider “indica” strains. It’s debatable whether that’s even a fair term to use in these days of rampant cross-breeding, but those strains with sedative qualities usually have them due to the presence of myrcene.

You can probably guess from the name that this strain is high in myrcene. In some cases, the terpene profile is over 50% myrcene. Mango Kush exhibits an exotic mango flavor with a hint of pine and citrus. The potent medicated effects consist of extreme relaxation that modulates on a happy uplifting vibe.

The pungent White Widow is a hybrid strain with high quantities of myrcene. Known for its euphoric effects it exhibits aromas of earth and wood. Originating in South America, it’s a cross between a South American sativa landrace and a South Indian indica.

This well-known hybrid is a cross of Colombian, Afghan and Mexican landraces. People love Skunk XL for its relaxing effects. These couple with a nice head buzz. It exhibits some earthy fruity flavors where the presence of myrcene is easily distinguishable.

Much More Than the Couch-Lock Terpene

Myrcene is about much more than empty pizza boxes and daytime sofa naps. This potent terpene has a major role to play in how the medicinal effects of the cannabis plant modulate. Simply put, the more we learn about it, the more we realize that it’s responsible for a lot more than couch-lock.