We are critical of the findings and we are not alone on that.

In late 2019, a case study surfaced about a baby dying from prenatal cannabis consumption. After millennia of people relying on the plant, and centuries of medical record-keeping, was this the first case of death by cannabis? Can cannabis consumption by a mother during gestation really lead to neonatal death? [1]

With more Americans than ever supportive of cannabis reform and thirty five states with medical cannabis programs on the books, this case could throw expert medical opinions into question. Doctors have long urged pregnant women and nursing mothers to steer clear of cannabis consumption. This new report seems to suggest their greatest fears may have been correct.

But there is much more to this case than initially meets the eye. As with other supposed deaths by cannabis, which have hit the headlines over the years, this recent neonatal death could stem from more complicated causes than cannabis consumption.

The Report Linking a Neonatal Death to Cannabis

Authors Connie Bao and Shiping Bao, from the Champaign County Coroner’s Office in Urbana, Illinois, documented the case in the American Journal of Case Reports. Based on their findings, they claim this neonatal death is the first death by cannabis.

The facts are straightforward: an 11-day old female baby died in hospital after her parents found her unresponsive at home. Her parents reported her in a safe sleeping position, and therefore suffocation was ruled out.

Born at 36.5 weeks gestation, she was a late-preterm. At the time of birth, the mother appeared healthy. Furthermore, up until her time of death, she seemed to be healthy with no sign of medical distress.

According to the full autopsy report, there was no trauma, no positives on the blood toxicology reports, and no issues with metabolism. What the investigation did find was, “Positive macroscopic findings included extensive hemorrhage of both adrenals, petechial hemorrhage of the entire liver, and focal hemorrhage of the thymus.” [2]

Plus, after conducting a drug screening of umbilical cord homogenate, the results came back positive for a THC metabolite. According to the autopsy report, as presented in Bao and Bao’s 2019 case study, “The cause of death was extensive necrosis and hemorrhage of the liver and adrenals due to maternal use of marijuana.”

The single link they present is the relatively high level of a THC metabolite within the umbilical cord, that they link with high-cannabis consumption in the last weeks of pregnancy. They determined the cause of death based on a method of “diagnosis of exclusion.”

The diagnosis of exclusion is a widely used approach in medicine as well as forensics. It is “a diagnosis that is typically only made by the process of elimination, once all other options are exhausted,” according to Dr. Christina Johns, Senior Medical Advisor, PM Pediatrics. It’s commonly used when no definitive tests are available and is often the route of diagnosis for challenging diseases like autoimmune disorders and chronic fatigue system. As Dr. Johns explained, a diagnosis of exclusion is “a windy road full of detours and dead ends.” 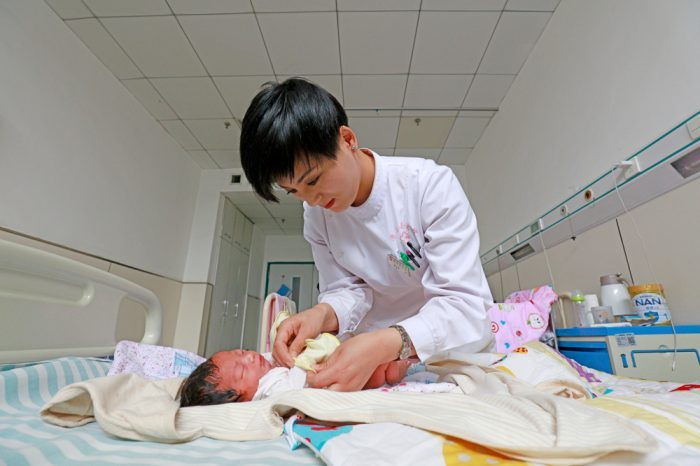 Did a Baby die From Cannabis? What’s the Full Story?

There are many firsts claimed within this 2019 case report by Bao and Bao. First, following the investigation via autopsy, the authors declare this as the first death caused by cannabis in human history. Not only do they claim this as the first report of neonatal death, but it is also the first recorded human death (adults, children, babies).

On top of the lack of any supportive historical medical records, Bao and Bao relied on scientific literature published before 1990 to support the cause of death. These studies, performed exclusively on animals, found that mothers exposed to THC did have short term and long term effects on neonatal health. However, there are problems with these studies when extrapolated to humans.

Each animal trial cited pregnant animal mothers exposed to extremely high levels of THC, at levels as high as 200-500 mg/kg. What would that dose look like for a human? It’s unfathomable, around 38,500 mg of THC for the average adult woman (average is seventy-seven kilograms). That dose is humanly impossible to consume.

Is there supportive evidence in newer research? According to, “Maternal marijuana use, adverse pregnancy outcomes, and neonatal morbidity,” a literature review conducted in 2017, cannabis exposure in utero may increase neonatal death.

The difference? The researchers did not find a neonatal risk of death from THC exposure linked to hemorrhaging. Instead, they found limited evidence that THC exposure could increase the risk of neonatal infection and neurologic morbidity. The review could not determine whether it was premature birth or exposure to cannabis during pregnancy which caused neonatal death. [3]

Academic Trust: An Issue with the Co-Author

A final concern is worth mentioning, which has to do with the co-author. As highlighted in the investigative piece for ProjectCBD, Shiping Bao is a controversial subject. Bao was the one who performed the autopsy on Trayvon Martin. As a reminder, in 2012, George Zimmerman shot and killed Trayvon Martin in an infamous case that captured global headlines.

During the trial, Bao changed his opinion on two key points from his original autopsy report. The first was the time of death, which he “didn’t see the problem” with changing, as per an article on CBS News. Second, was the effect a positive test for THC may have had on Martin’s behavior. Initially, Bao reported on the autopsy that the THC in Martin’s blood would not have impacted the altercation. In court, however, he said it could have.

In 2013, he was fired from his position. News outlets have widely speculated it may have to do with his flip-flopping during the trial, as well as the crude-reasoning for his shift in opinion. 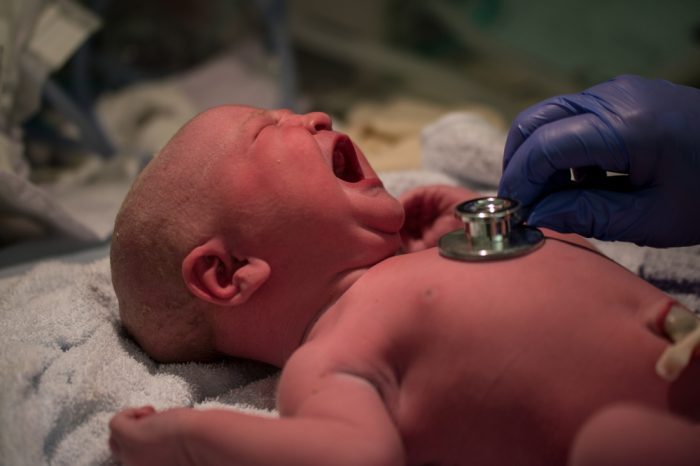 First Case of Neonatal Death by THC? Not an Open-Shut Case

Although the initial report of the first neonatal death from cannabis seems black and white, on closer inspection, there are issues with the report. Not only does one of the co-authors, Shiping Bao, have a history of questionable autopsies, but there is also zero precedent in research for the cause of death.