The brain’s neurochemistry has a delicate chemical balance that affects mood, appetite, pain reception, and more.

The psychotropic effects of THC are not be the same for everybody. This is mainly due to differences in brain structure and chemistry. Interestingly, a recent study found that cannabis can not only interact with the brain, it can also change its neurochemistry.

Research has shown cannabis consumption alters cognitive function, with many of these occurring through changes to neurochemistry. How exactly does cannabis achieve this? And why does it matter?

Cannabis demonstrates an ability to change cognitive behavior by modulating chemical ratios in the brain. Cannabis’ active compounds largely comprise cannabinoids, specifically THC and CBD. THC and CBD both act on the body to induce a range of effects, including neurochemical changes. THC activates CB1 and CB2 receptors to induce some of its effects. CBD, on the other hand, activates non-cannabinoid receptors and modulates receptor pathways to initiate its actions.

Dopamine is a common target when changes to cognitive behavior occur. This is thanks to its importance in controlling learning, reward, and punishment.

Research has shown THC consumption to enhance dopamine levels in the brain. The activation of CB1 can increase dopamine levels in regions of the brain associated with mood. CB1 induces changes to GABA, which is a neurotransmitter inhibitor, or blocker. Researchers believe that changes to presynaptic GABA release then modulates dopamine release in the prefrontal cortex and alters neurochemistry. 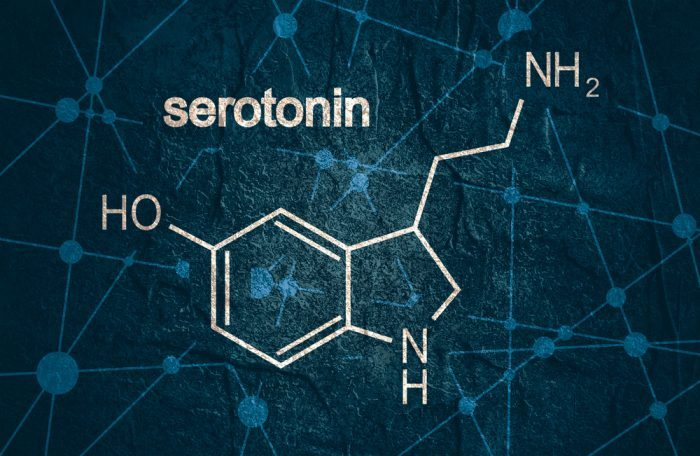 Serotonin is another neurotransmitter know for its ability to regulate mood. And, perhaps unsurprisingly, researchers believe cannabis increases serotonin levels.

Opioids act on opioid receptors to induce pain relief, and are a function of normal neurochemistry. Cannabis has also demonstrated an ability to change the neurochemistry of opioids through the activation of the CB1 receptor. CB1 receptor activation through cannabinoids like THC causes hyperpolarization of the pre-synaptic terminal. This closes calcium channels and holds back inhibitory and excitatory neurotransmitters at their synapses, potentially modulating opioid release.

Cortisol and its Role in Depression

Cortisol is a steroid hormone known for its ability to modulate stress responses and give a boost of energy in times of trauma or stress. Chronic stress, however, exposes the body to a continuous supply of cortisol and this plays a role in depression. Cortisol levels may also be modulated through cannabis’ changes to the brain’s neurochemistry.

Unfortunately, not all of the neurochemical changes induced by cannabis result in positive cognitive changes. 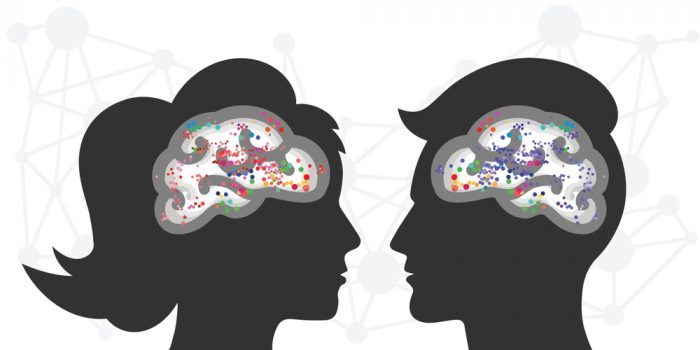 A 2017 study published in the Journal of Clinical Psychopharmacology looked into the effects of cannabis consumption on neurosteroid levels in patients with bipolar disorder. The researchers concluded that cannabis consumption resulted in lower pregnenolone to pregnanolone ratios. It also disrupted neurosteroid levels when compared to the control participants who had never consumed cannabis. This neurochemical change to pregnenolone levels, a key hormone in bipolar treatment could, therefore, result in impaired bipolar treatment.

As well as changes to neurochemistry, cannabis has also demonstrated an ability to act upon neuroplasticity. Neuroplasticity refers to the brain’s ability to change and optimize neural networks. CBD may induce positive changes to neuroplasticity by reducing the decrease of hippocampal neural cell production. It may also reduce the density decrease of the synaptic input-receiving dendrite spines induced by chronic stress, creating a healthier neural environment.

Overall, while some of cannabis’ effects on the brain may be detrimental, it appears in many instances to positively alter neurochemistry. As usual, we need more research. Yet the findings, so far, are very promising.