The NHL is studying the ability of cannabis to restore brain functioning in post concussion syndrome.

Cannabis and sports are not thought of as a likely combination. However, with cannabis becoming legal Canada-wide and in several other states, athletes are turning to it as a treatment for a variety of sports-related injuries.

One of the biggest, and most recent breakthroughs, is the use of CBD to help with post-concussion syndrome. The NHL has begun conducting a study to see CBD’s effects on the brains of retired hockey players. If the definitive results come back positive, this could forever change the way we treat post-concussion syndrome and other brain injuries.

The Higher Risk of Concussion for Athletes

Concussions pose a serious health threat to professional athletes, particularly those who play rough contact sports like football, hockey, boxing, and basketball. Furthermore, women athletes are at an even bigger risk than male athletes for concussions. 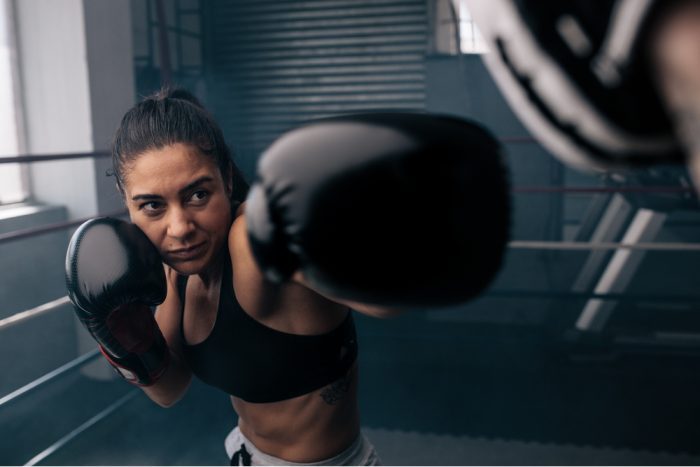 In the past concussions were considered an unfortunate but normal occurrence in the world of sports. For a long time, there was no real treatment except to wait on bedrest until the symptoms wore off. However, now that more research has explored the effects of post-concussion syndrome, and several athletes have seriously suffered and even died as a result of having too many concussions, the sports world is beginning to look at proper treatments.

Studies have proven that repeated concussions lead to permanent brain damage and disease. Side effects include:

Many pro athletes with multiple concussions have admitted to health issues like headaches and stress. Some have even chosen to retire early because of these issues.

In extreme cases, athletes have died early because of onset dementia or CTE. Footballers Lance Briggs and Larry Johnson died as early as 38 and 39 (respectively) after being diagnosed with CTE. The sports and medical communities have realized that the “wait for it to pass” approach is unhealthy and dangerous.

CBD’s Neuroprotective Effects Could Save Lives

The key benefit of helping concussions and brain injuries with CBD is its neuroprotective effect. A report has already been completed that has shown CBD helps treat chronic pain and headaches. CBD has the power to restore neurobehavioral function and reduce long-term brain injury. And in a country with patchwork legislation, this is good news. CBD is generally easier found, and certain CBD products have even found FDA approval. 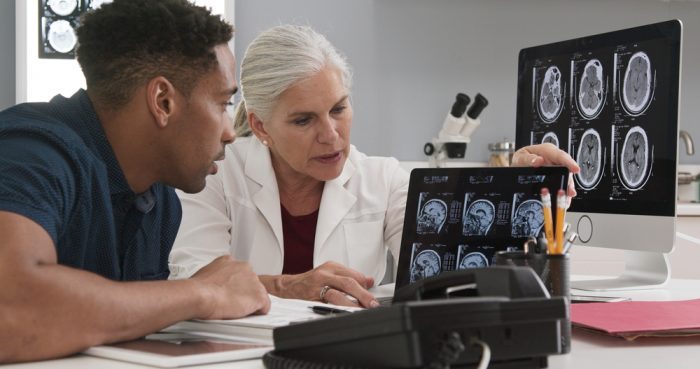 Cannabis may help athletes in a variety of ways. It activates the receptors in the central nervous system to reduce pain, reverse damage, create new neurological pathways, and reduce the stress that leads to dementia and Alzheimer’s. In short, CBD is a natural way to reduce recovery time and prevent future damage from concussions.

Miami Researchers Are Looking for a Solution

As cannabis itself is banned in the NHL and other major sports leagues, another team of researchers in Miami is working to develop a CBD pill catered to athletes that will allow them to reap the health benefits without risking their careers.

The researchers are combining CBD with a synthetic cannabinoid, dexanabinol. The two will work together to safely repair damages without any other stimulation (like intoxication from THC). CBD promotes cellular repair in the brain while dexanabinol prevents calcium buildup that drains cellular energy. Together they stabilize the brain to reduce the number of damaged cells and prevent the surrounding cells in the brain from damage.

Smoking cannabis can provide the same benefits, but having a pill would be a valuable alternative for anyone that doesn’t want the high. Plus, CBD is not federally illegal so it would be a safe solution for anyone who needs post-concussion treatment. In theory, athletes would have a pass to take these CBD pills without punishment from their pro leagues. Any league backlash could would be viewed as hindering the health of their players. 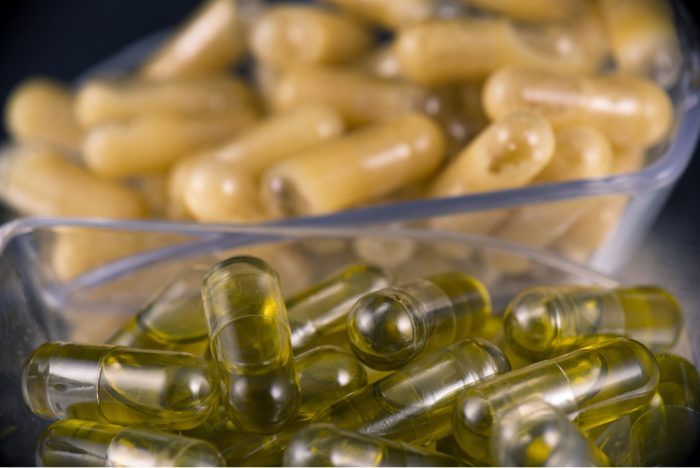 CBD Pills Could Lead the Way with Pro Athletes

Though the studies are still in the works, they have very promising results. Likewise, some athletes who have suffered from concussions have already claimed that cannabis/CBD has helped their recovery and improved their overall health. The importance of this can’t be underestimated.

RELATED  Will WHO Deschedule Cannabis And Trigger Global Legalization?

Professional athletes who repeatedly suffer from concussions might find it the most beneficial, but amateur athletes are also at risk (especially teen athletes whose brains are still developing). That’s what makes this research so important. We may be able to help people who have already suffered as well as help those who might suffer a concussion in the future.