Life insurance rates could be going up by a considerable margin for vapers. In fact, the rates for vape users may be even higher than those for cigarette smokers. How’s that for the promise of qualifying for non-smoker life insurance prices?

An article, first reported by Reuters and reprinted in the New York Times on December 2nd, 2019, sounded the alarm. The insurance market has officially begun adjusting to the recent spate of deaths from vaping — and the picture isn’t pretty.

This was the product that was supposed to help cigarettes smokers kick the habit. It was also promised to drive down their life insurance costs, but is now having the opposite effect. The news is leading some people to wonder if they should disclose their vaping habits at all. There is particular hesitation for those exclusively vaping cannabis.

Vaping and the Insurance Industry

Since the launch of vaping products, most insurance companies refused to see vaping any safer than smoking. Most insurers charge the same rate for enrollees who smoke, vape, or dip (chew tobacco). This rate is usually double that for the price of non smoker life insurance.

That’s difficult to accept for medical cannabis patients who consume through a vape pen to deliver their medicine. But, who don’t use tobacco products.

Since reinsurance companies are a lifeline for the life insurance industry, they command an outsize amount of power in how those businesses operate.

In this scenario, the price for vapers who want life insurance will go up. While the non-smoker life insurance rates should remain steady. But not all vapers will receive equal treatment. That’s why some choose not to disclose their use (more on that later). 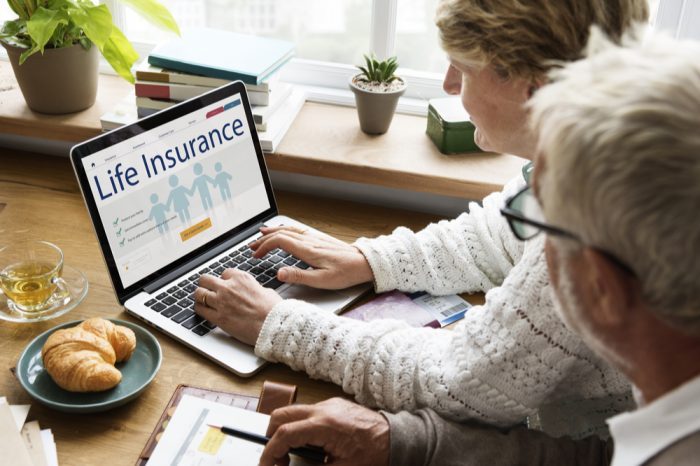 Reinsurance company, Hannover RE, cautioned life insurance issuers about providing coverage to young vape users. It urged its clients to charge vapers under the age of 25 much higher prices than the non-smoker life insurance rate.

RELATED  CBD May Help, But Advocates Ask: Should We Treat Autism?

And Swiss Re, the last of the big three, has urged its life insurance companies to check up on nicotine vapers to make sure they aren’t using cannabis vape on the side.

These wildly variant suggestions hit the market after forty seven deaths in 2019 and many illnesses were attributed to vaping. Even though the great majority of those deaths came from black market cartridges (not the mass marketed cannabis vapes or the far more common tobacco vapes).

Classifications are meant to make the insurance process simpler. Instead of making every individual a completely unique policy, companies group clients with similar medical histories and health levels into buckets. Each bucket of people (with labels that range from “Substandard” to “Preferred Plus”) pay the same rate for the same coverage. The better your classification, the less you have to pay.

The Vaping Difference For Life Insurance

For example, a 35-year-old man buying a $500,000 life insurance policy could pay as little as $23 per month — if he doesn’t use tobacco products. If the man identifies as a smoker, he could end up paying nearly $108 per month — and that’s only if the man is perfectly healthy and has a sterling family history of illness. If both men are in the “Standard” classification, the non-smoking life insurance premium runs between $50 and $90. The smoking premium starts at $138 and goes up to $274.

In other words, the smoking difference is no small change. And since insurance companies see vaping as the same as cigarette smoking, cannabis consumers could be forgiven for thinking they should hide their cannabis vaping from the industry. Now that cannabis vaping is seen as even worse than smoking, the idea of lying is even more appealing.

After all, cannabis and tobacco have vastly different health outcomes. Ones that don’t seem to be considered by the insurance companies. 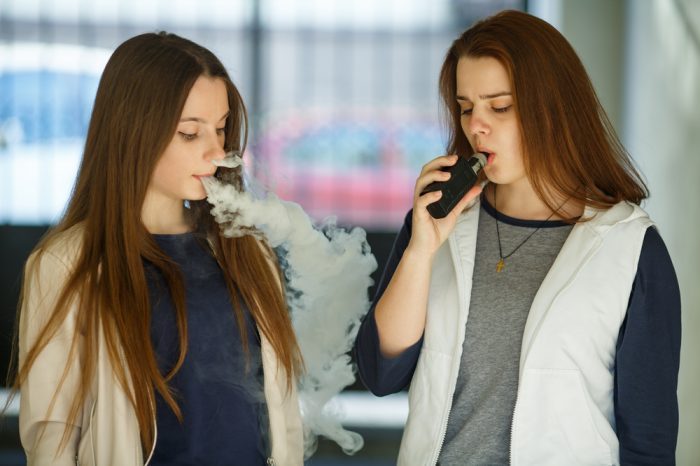 Should Vapers Disclose Their Consumption?

The straight answer is, “always.” But the practical answer is a bit harder to answer.

First of all, lying about cannabis consumption to insurers carries a risk. If medical tests mandated by underwriters come back positive for THC, the client will be declined outright. But what’s more, if the company discovers later that their client was consuming cannabis (even after death), the policy could be canceled after it’s been signed, leaving the client or their family with nothing.

Life insurance companies have special rules about cannabis in addition to vaping. Some of them see cannabis consumption as a threat to long life when paired with an individual or family history of depression, for example.

Instead, it may be best to shop around for companies that have the most progressive attitudes toward cannabis consumption. The website Policy Genius has a list of its best life insurance companies for cannabis patients, which could be helpful.

The bottom line is that cannabis consumers are getting a bad shake by life insurers, thanks in part to the vaping epidemic. It’s not fair, but the insurance industry makes its money off denying people for all sorts of reasons. It’s useless to expect otherwise.