In the interest of offering a discrete cannabis experience to consumers, a Canadian company is making odorless weed.

That distinctive, skunky scent is one of the first, and some would argue the best, parts of the cannabis experience. In fact, smell is one of the key considerations when making a purchase. There is truly nothing like a nose full of dank bud scent! You can just smell the healing, But, one company is investing research into odorless weed – a total eradication of all things good in the name of discretion.

Cannabis is skunky, citrusy, earthy, woody, spicy, and delicious recombinations of the same. These scents rise up from the hard work of terpenes that invest heavily into your wellbeing and healing. These little trichome buddies do good work, so what would happen if these were gone? And is it possible to be scent-less and still keep terpenes?

The Role of Terpenes in Cannabis

Terpenes are an active organic compound found in a variety of plants, including cannabis. Over one hundred different terpenes are present in the cannabis plant and terpene concentration levels vary depending on species and environmental conditions during growth.

The main role of terpenes in plant life is to produce a specific smell that will help the plant to survive. So, for pollinators, the smell attracts insects, whereas plants that feel under threat might produce a smell that deters predators. That fresh cut grass smell? It’s actually the grass screaming to warn the others it is under attack. Plants scream through terpenes. Somewhat disturbing.

These scents are terpene-specific and named accordingly. Limonene, for example, is a terpene often found in citrus fruits that is responsible for the sharp citrus tang. Pinene makes that piney smell we associate with Christmas. Caryophyllene is spicy and also found in black pepper. The list goes on. 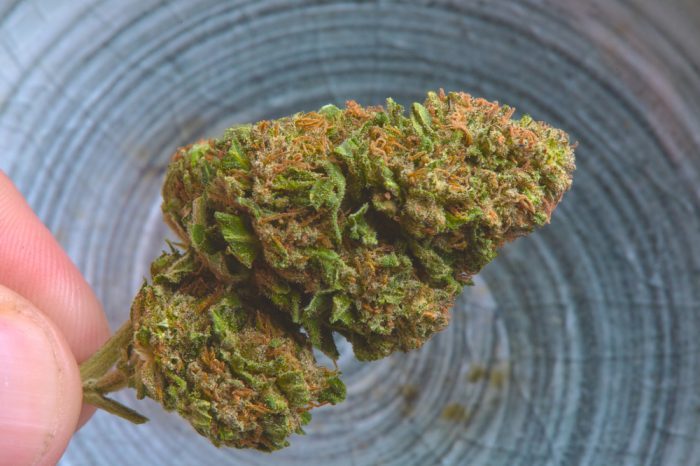 Why Remove the Smell from Cannabis?

Canadian cannabis company, CannabCo, has just announced that they will be releasing an odorless cannabis product by the name of Purecann. The company claims that Purecann will have a virtually undetectable odor when sitting in storage. Additionally, they claim that there will be a huge reduction in odor when smoking the product. Odorless weed. But, what is the point?

Since legalization is not yet completely widespread in North America, some consumers may deem its distinctive smell as undesirable. This is because it is easily identifiable in public and may attract unwanted attention. Having the ability to remain inconspicuous while consuming cannabis could be a huge positive for many.

RELATED  How To Naturally Kill Spider Mites and Other Pests

On a simple hygiene level, reducing any odor that may stick to clothes, hair, and skin, is an obvious benefit of Purecann, for people that need to be discrete. This is a product that may appeal to cannabis consumers who don’t want their consumption to interfere with any other part of their lives, such as employment.

How Does Odourless Weed Work?

CannabCo hasn’t released any specific details regarding their odorless cannabis technology, but there are some potential speculations out there.

Since terpenes play such a pivotal role in creating cannabis’ scent, it is highly likely that Purecann may have zero terpene content. Cannabis strains already vary in their terpene makeup and concentration, so manipulating genetics through breeding of ‘no terpenes’ may be possible. Without the likes of myrcene, pinene, or limonene present to create cannabis’ distinctive smell, their respective scents would be absent. It should be noted that the loss of the terpenes means the loss of huge medicinal benefits, including the entourage effect.

Current anti-odor technology for cannabis typically focuses on leak-proof containers, ensuring that the smell of weed doesn’t escape when in storage. But for odorless consumption, the options are much more limited. When combusting cannabis, a deodorizer or smoke filter are the only real options. However, these work to get rid of the smell of weed rather than have it not exist in the first place. Is it possible that CannabCo’s technology could involve some sort of smell neutralizer or a filter tool? 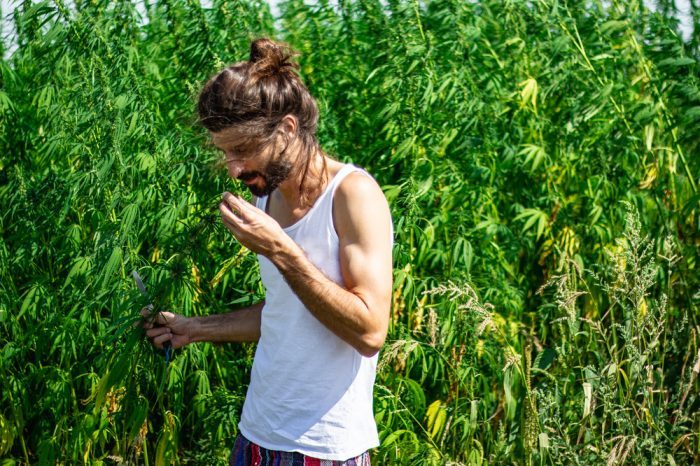 While odorless weed may be beneficial to the discretion-obsessed, there’s a lot more to lose from removing terpenes than just scent.

For example, according to research, myrcene is a terpene thought to be largely responsible for that skunky cannabis smell. Links also exist between myrcene and anti-inflammatory action. One study, from the European Journal of Pharmacology (2015), even found that myrcene had a significant anti-inflammatory effect on human chondrocytes. Meanwhile another, published in Die Pharmazie (2003), reveals how myrcene was able to significantly reduce lipopolysaccharide-induced inflammation in the lungs.

RELATED  What Can Cannabis do for Seasonal Allergies?

Pinene is yet another cannabis terpene that has therapeutic potential, both as an anti-inflammatory and as a bronchodilator. Limone also has potential as a treatment option, with studies showing that limonene may have a gastroprotective and anti-anxiety effect.

If CannabCo’s technology does involve removing terpenes then the medical potential of those terpenes would also disappear, making their product a Frankenstein rec product.

Is There a Future for Odorless Weed?

Odorless weed will appeal to a certain clientele looking for a discrete recreational experience. But, the average cannabis consumer will be reluctant to part ways with the array of smell profiles. Scent as part of the overall cannabis experience. The medical cannabis patient will not be able to use a terpene-stripped product.

Let it be noted that CannabCo’s odorless weed is yet to hit market and its mechanisms of action are pure speculation. We’ll have to wait and see.