The unanimously approved proposal would allow patients with valid medical cannabis cards to buy, own, and operate firearms within the state. It sounds reasonable – but the new bill is almost certainly a direct violation of federal law.

In the United States, it is illegal for anyone who owns, buys, distributes, or otherwise engages with Schedule I substances to have guns. That includes buying, using, and even transporting firearms.

The new Oklahoma gun laws, and others modeled after it, are setting up a Constitutional showdown between pro-gun cannabis patients and a Nixon-era government regulation.

The question is: Does the federal regulation overrule the Second Amendment or is it a legitimate curtailing of the right to bear arms? 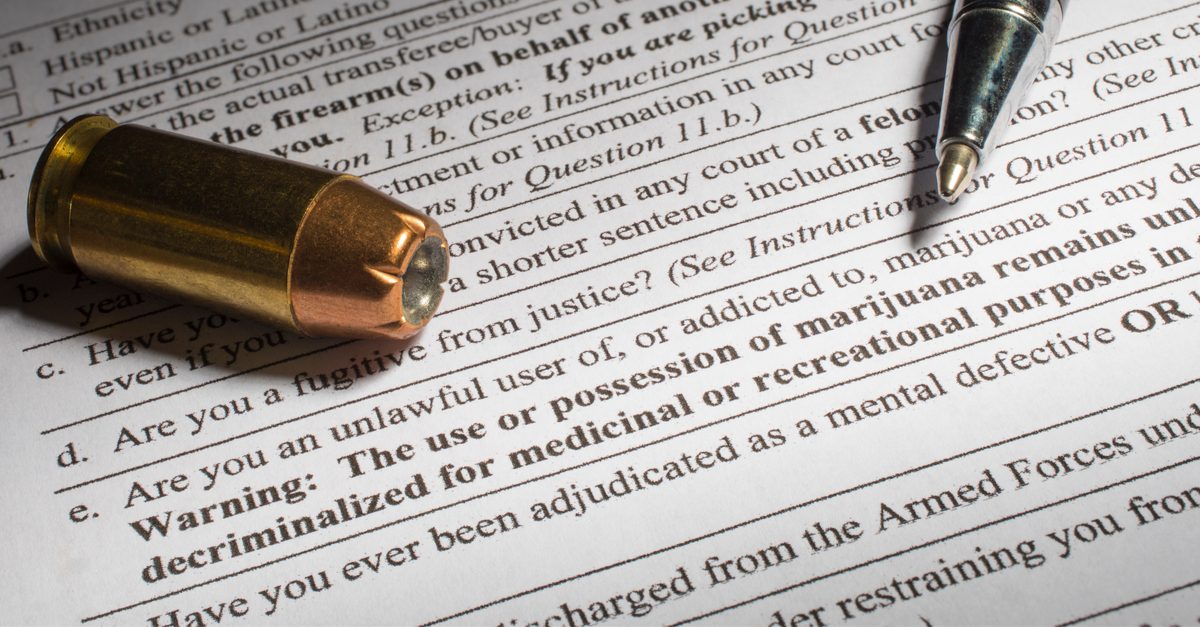 What Led to the Oklahoma Gun Laws

Currently, the ability to buy guns in the United States is curtailed by the ability to pass background checks, which are carried out under the Bureau of Alcohol, Tobacco, Firearms and Explosives (commonly called the ATF for short).

Background checks ensure that people who are not allowed to own guns — felons, domestic abusers, undocumented immigrants, and certain classes of mentally ill people — are not purchasing weapons. While people who abuse harmful drugs is probably a good class to add to that list, the problem comes when state governments and the federal government disagree on which drugs are dangerous. Right now, medicinal cannabis cardholders who own guns are breaking federal laws. They could face prosecution. The punishment is a fine that can run up to $250,000 and up to a decade in prison — YIKES.

This could keep important medicine out of the hands of gun owners across the country. In order to prevent that from occurring, the state senate proposed and passed the new Oklahoma gun laws.

A Correlation Between Guns and Cannabis?

The Oklahoma gun laws are meant to clear up the confusion that gun owners and cannabis patients have, although the legality of such a measure is still a gray area.

The first challenge to the law was the case Wilson V. Lynch, in which the 9th Circuit Court of Appeals found that the federal government could prohibit gun ownership by medical cannabis cardholders due to the strong correlation between weed and gun crimes.

But is that true?

Lots of studies have found links between illegal substance abuse and criminal behavior. Of course, using illicit substances is criminal behavior, so it’s not that much of a surprise. But the point that many violent criminals have cannabis, cocaine, alcohol, or opioids in their systems when committing felonies is true. The trouble is that not all of those substances are equally liable — no matter what Fox News may say.

For example, a study published in Drug and Alcohol Dependence (2010) found that cannabis consumption in adolescence was associated with a greater likelihood for crime — but not violent crime. It mostly led to charges of drug possession. Go figure.[1]Green, K. M., Doherty, E. E., Stuart, E. A., & Ensminger, M. E. (2010). Does heavy adolescent marijuana use lead to criminal involvement in adulthood? Evidence from a multiwave longitudinal study … Continue reading

The judges of the 9th Circuit dismissed the nuance in the studies that show a link between cannabis and criminal behavior.

We’ve known for a long time that alcohol consumption directly correlates with violence and crime. But that does not prevent beer drinkers from buying guns, does it? 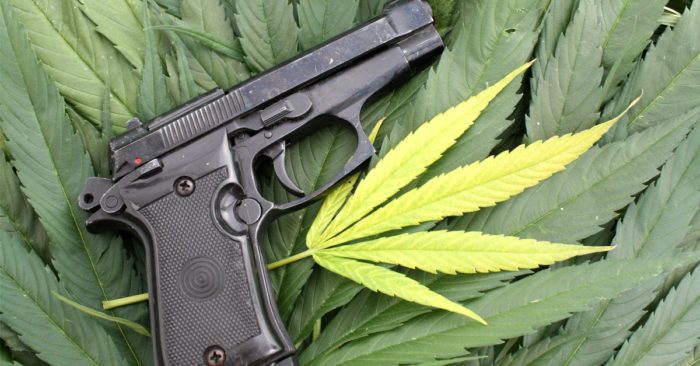 Thankfully, the designers of the new Oklahoma gun laws had gun sellers and cannabis patients in mind. Their hope is to let both feel more secure in their practices.

On this issue, the Okies might be ahead of the curve. Similar issues in states like Ohio and others have also cropped up. And while gun lobbies have traditionally been a political juggernaut, keeping conservative politicians rigidly in line, there has been conspicuous silence from the NRA on this issue. Why has the rabidly pro-Second Amendment lobby clamped on a silencer for cannabis? It may have to do with history.

Traditionally, cannabis enthusiasts and gun enthusiasts have existed on separate ends of the political spectrum. But growing interest in Libertarian politics as well as the realities of the marketplace has broadened a middle way and made people on both sides a little more open minded.

That’s a good thing. Cannabis shouldn’t be a political issue any more than Advil is. Evidence-backed medicine doesn’t need debate. It only needs testing and verification. The Oklahoma gun laws are a good first step in respecting the cultures of both medicine and the Second Amendment. But to be clear: Cannabis does not make people or societies more violent. One man thinks it can even be weaponized to reduce violence.

What makes the cannabis trade dangerous is its illegality. When cannabis is legal, and free to grow, sell, and consume, it removes the need for a black market and the criminal element that comes with it.

RELATED  Barred at the Border: Cannabis Workers and Investors