Seniors are All Over this Cannabis Thing

There’s a growing love affair between older adults and cannabis – as many retirees begin to embrace weed in their golden years.

It’s an abrupt return to form for the flower children of the 1960s. For many, the love of cannabis faded with memories of Woodstock and was replaced with an unprecedented economic expansion that carried the baby boomers to capitalist highs undreamed of by previous generations – but that’s changing. In the time since Archie comics morphed into Riverdale, the relationship between older adults and cannabis has also undergone a transformation.

What was once heralded as a way to open minds and connect with others has become known now as powerful medicine – that heals, calms, and soothes. It’s no wonder the number of people over sixty-five that consume cannabis has jumped more than ninety-three percent in the last few years, according to a study recently published in the Journal of the American Medical Association (2020).[1]Han BH, Palamar JJ. (2020) Trends in Cannabis Use Among Older Adults in the United States, 2015-2018. JAMA Intern Med. 2020;180(4):609–611. … Continue reading

Why Older Adults and Cannabis Make Sense Together

What could be responsible for the upward trends in this demographic? It’s likely a combination of a few factors.

Now that medicinal cannabis has become legitimized and recreational consumption carries less of a social stigma, older adults have become free to experiment with their healthcare in ways that previous generations could not.

The government is slowly lifting restrictions off of cannabis-based research. Thanks to that, medical researchers are providing older adults with a slew of reasons to try cannabis. And what’s best is all of them come backed by the scientific method, in peer-reviewed journals. 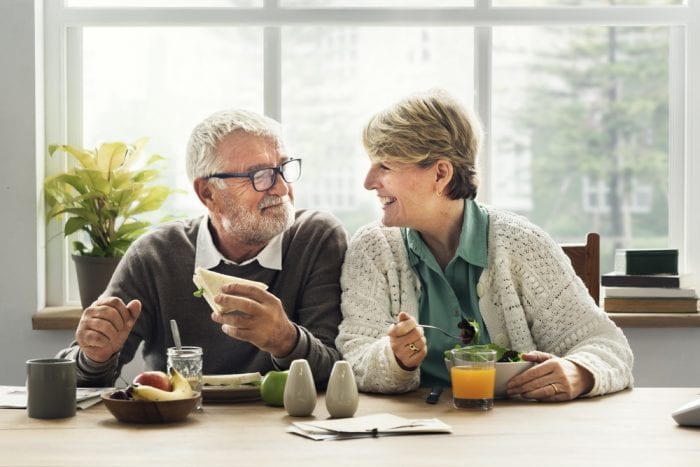 Seniors are finding fulfillment in cannabis for many reasons, all of which have to do with making their lives better.

The aging process is tough on the body, with minor aches and pains progressing into chronic conditions that make living a normal life anywhere from uncomfortable to impossible. People take over the counter prescriptions for a slew of everyday complaints, like arthritis, mental fog, and ulcers.

Or, sometimes – they consume cannabis for all the same ailments. Now, scientists are doing more serious research into conditions that frequently affect seniors, disorders like diabetes and Parkinson’s disease, which it turns out cannabis may ease the symptoms of.

Cannabis does not only treat the body. Another reason behind the link between older adults and cannabis consumption is the mental component.

The old “cannabis impairs memory” argument in adults has been thrown into question. There is evidence that cannabis can increase focus and provide a comforting clarity. The story of older adults and cannabis may tend to be told in terms of the pains of aging, but a significant number of seniors are turning to pot because of its ability to diminish the anxiety that creeps up with age.

Cannabis may also help to battle an increasingly common and dangerous ailment among older adults: loneliness. The Covid-19 pandemic and shelter-in-place orders may have brought the issue of social isolation to the forefront of people’s minds. But, the reality is that many seniors face long bouts of loneliness continually. Further, cannabis has been shown to boost mental health during such periods of isolation, which can be a real boom for older adults who lack their own transportation or support system.

It may even help the scariest part of mental health — the deterioration of the mind. Cannabis may help stop dementia, even the kinds that come from pharmaceuticals or Alzheimer’s.

RELATED  Can CBD Make You High?

Getting Off Medicine and Back to Life

For all these reasons and more, cannabis has become a big part of seniors’ lives.

But it’s not just cannabis that is stocking the medicine cabinets of older adults. An epidemic of prescription drugs has gripped more mature generations in recent years, with most taking upwards of five prescription medicines a week. Cannabis may replace those medications, by combining three or four treatments in one substance. It’s the ultimate all-in-one deal.

A Return to Cannabis

Moreover, as children of the greater midcentury, today’s older adults are no strangers to cannabis. Hippies, yippies, and an entire counterculture predicated on sharing herb filled their youth. The plant has been a part of their story for decades – whether or not they used it back then.

But while consuming cannabis used to signal a distrust of the status quo, it is now an embrace of science.

This is a generation who consumed cannabis for youthful fun and frivolity. It’s fun to see them finally return to the substance with a more mature outlook in their older years.

Older adults and cannabis are once again a powerful force that can re-shape politics and culture.