Olivetol: The Lichen Molecule That Interacts With THC

Mother nature already made a way for you to simmer down a THC-induced anxiety attack.

Cannabis advocates often tout the plant’s abilities to relieve anxiety and stress, and I’m one of them. But not everyone reacts to THC the same way. For some people, cannabis may cause anxiety. Occasionally, even the most seasoned weed veterans toke a little too much or nibble more edible than they could metaphorically chew, and a bad reaction ensues.

A 2016 study in the Journal of Addiction Medicine found that from 2004 to 2011, the rate of people going to the ER for cannabis-related issues jumped from 51 to 73 visits per 100,000. The increase could be due to the destigmatization of cannabis, so cannabis consumers feel more comfortable going to the hospital after taking too much weed. Or, possibly, cannabis products have gotten stronger. Either way, there’s been an uptick in cannabis consumers visiting hospital.

What if there was a way to end the anxiety or panic from THC without riding it out for hours? Or visiting hospital.

One candidate for such a THC cure-all could be olivetol. 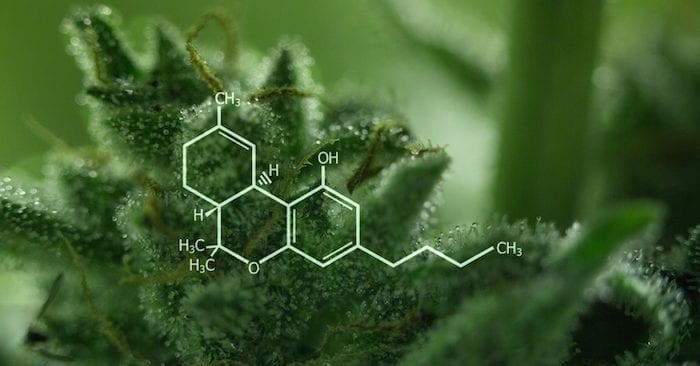 Olivetol is a substance that’s usually found in lichens (not olives, as the name would suggest). Scientists also believe cannabis naturally produces this compound (albeit briefly) as a precursor, or building block, for synthesizing THC.

If you stare at olivetol’s molecular shape long enough (see image below), you’ll see it: it’s basically a THC molecule cut in half. The portion with the two hydroxyl groups can be thought of as “the head” followed by a hydrocarbon tail. The hydroxyls (-OH) serve as the business ends of the molecule, where they likely bind to CB1 receptors.

To be totally upfront, we don’t know. There doesn’t appear to be any peer-reviewed studies that measure its ability to bind to CB receptors. Because olivetol is smaller than THC, some scientists believe it has a higher affinity, or “stickiness,” to CB receptors than THC. If this is the case, then olivetol could block THC from binding to CB receptors. If its affinity is high enough, it may even knock THC out of any previously bound receptor sites.

However, there are studies for molecules similar to olivetol that “competitively inhibit” THC, where one molecule blocks another molecule from binding to a receptor. One of these molecules, resorcinol, is essentially a pared down version of olivetol. Resorcinol and its derivatives (chemicals built from a resorcinol base) show greater affinities for CB receptors than THC. So, if we play logical leapfrog, olivetol should possess similar binding affinities as resorcinol.

Where Can I Get Olivetol?

Only one company, Undoo, offers olivetol gelcaps specifically to treat THC-induced anxiety. Otherwise, you could start farming lichens and try munching on those whenever you get too high. (Don’t actually try that. Some lichens are toxic enough to trigger liver failure.)

What Should I Expect?

Give it about 30 minutes to kick in. Like ingesting an edible, the compound needs to pass through the digestive system before it enters the bloodstream.

Olivetol likely only reduces anxiety caused by THC. Sadly that means it can’t be used for other types of anxiety. And, it probably won’t get rid of the THC high altogether, because that’s caused by GABA signaling coupled with dopamine and serotonin release. So if you’re thinking about popping a gelcap just to sober up half an hour before a big job interview, you may want to reconsider that plan. 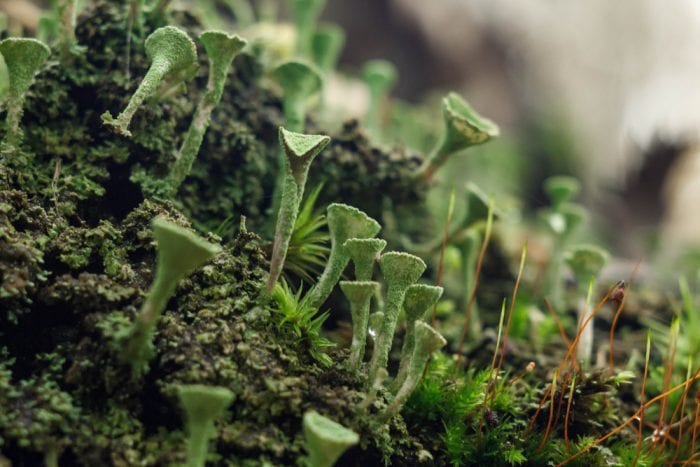 How Could Olivetol Develop in the Future?

Olivetol in a plain ol’ gelcap might mellow a harsh buzz, but waiting for it to digest may not be ideal for all people. The best possible future improvements on this compound’s delivery methods could incorporate carrier molecules. Carrier molecules, like those found in some infused topicals or cannabis patches, would introduce the molecule into the blood through the skin. These topical applications would be a much faster route than swallowing it and waiting for it to metabolize in the liver.

For those of you familiar with molecular gastronomy (“cooking like a chemist”), it may be possible to bond olivetol to a starch, forming a hydrocolloid. Hydrocolloids trick the body into thinking a fat-soluble substance like THC or olivetol is a sugar. And the fat-soluble molecule can effectively hitch a ride on the starch as it bypasses the digestive system and goes straight from the mucous lining in the mouth to the bloodstream. Powdered cannabis products like those sold by Ripple, Mondo Meds, and Oleo work this way.

Again, we’re not entirely sure. According to the holy grail of chemistry insider info – the Materials and Data Safety Sheet, or MSDS – no toxicological data for olivetol exists. Chemists hadn’t considered consuming the compound orally until recently. However, the compound is likely an irritant on the throat or eyes. Truthfully, just about everything qualifies as an irritant in those two portions of the body.

RELATED  Bipolar Disorder Treated With Cannabis - Off Pharma For 14 Years!

If it’s any consolation, neither the US nor Canada regulates olivetol as a hazardous material.