Oxy Kids: Doctors in The U.S. Can Prescribe Opioids For Kids As Young as 11

The FDA allows opioids for kids as young as 11, for the treatment of pain, but will not allow cannabis.

The kids aren’t all right. In America, doctors can prescribe opioids for kids, but cannabis is off the table. Is this a common-sense practice of medicine, designed to do the most good and prevent needless suffering, or just another instance of the Big Pharma bias against natural remedies?

According to the latest guidelines adopted by the American Academy of Pediatric Dentistry in 2018, opioids are common and effective pain relievers for children and adolescents. In fact, when it comes to recommendations, the guild has two specific recommendations: “Use of opioids should be rare for pain management for pediatric dental patients;” and “Prescribing opioid analgesics should be avoided if patient is using benzodiazepines.”

But buried deep within the document is more specific advice detailing the addictive nature of opioids, the dangers they present to children, and the concession that even though taking a medical history before prescriptions should be done, it’s often neglected.

Why Opioids for Kids are Scary

This trend should be more alarming. Researchers publishing in the journal Pediatrics found that 60.5% of adolescents are prescribed opioids after undergoing surgery, with nearly 5 percent of patients continuing to use the drugs “persistently.” The authors of the study concludes that post-operation prescribing of opioids are “important pathways” to misuse of the drug.

While those numbers may sound low, they’re worrisome. The pediatric market is an important and dire indicator of the nation’s larger opioid epidemic. Frighteningly, opioid poisonings among children 1- to 4-years-old rose 205 percent between 1997 and 2012. And the overdoes death rate for teenagers, which had been going down since 2007, suddenly began to rise again in 2015, thanks to the deaths of 772 15-19-year-olds. Most of those teens died from opioid pills, and the number is growing every year. (This is part of a larger trend. According to the Centers for Disease Control and Prevention, overdoses from opioids quadrupled from 1999 to 2014.)

RELATED  Cannabis: How Can a Schedule I Drug also be a Pharmaceutical?

Why Prescribe Opioids for Children?

So why do we keep giving children opioids — drugs that are especially addictive and known killers? The simple answer isn’t because of any profound medical ideas or evidence-based practices. It’s because those drugs are cheap and available. They are further available because prohibition did not stop research for years.

Cannabis culture has been painfully slow to take root in America. Nowhere is this more evident than the medical community. Yet, a change is coming. Although a few states have permitted doctors to prescribe medicinal cannabis to children suffering from severe seizures, many mainstreams physicians still shy away from recommending that children with cancer, for example, use cannabis due to the “absence of standards around formulations, potency, or dosing.” They will, however, prescribe opioids.

While that doesn’t mean that doctors are against medical cannabis, it does mean that their barrier to entry is high. Doctors practice evidence-based medicine, which means relying on results from trials that have been proven again and again. So far, trials for cannabis-based therapies are still in their infancy. There hasn’t been the opportunity to prove it again and again.

As the American Academy of Pediatrics notes, “The AAP currently opposes the use of marijuana in patients up to 21 years of age. Yet, the AAP also strongly supports research on cannabinoids. It acknowledges that cannabis may be an option for “children with life-limiting or severely debilitating conditions and for whom current therapies are inadequate.”

So, while opioids carry a risk of death and addiction for children, many doctors value their use because those concerns have good documentation. Medicinal cannabis, on the other hand, is more of an unknown quantity, especially when it comes to its use in children. 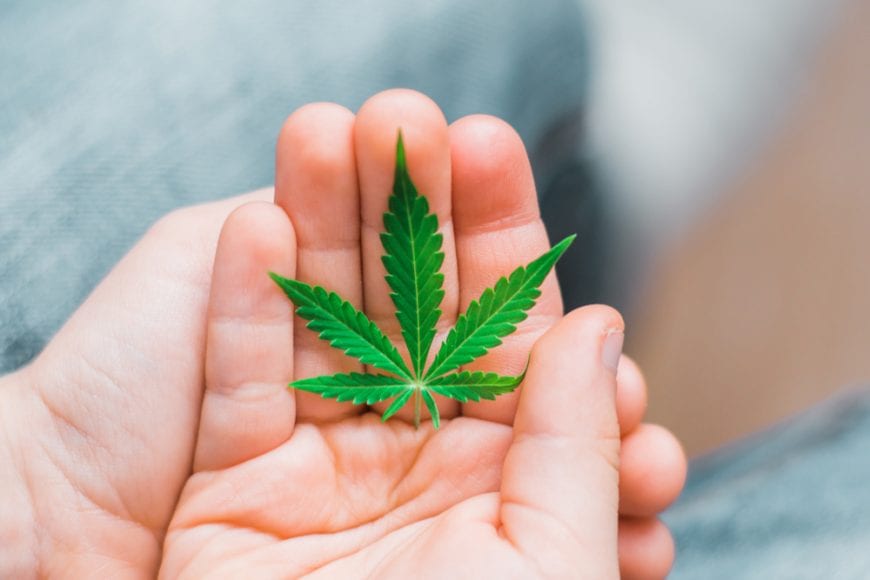 The Good News on Medical Cannabis and Opioids for Kids

The good news is that physicians are increasingly likely to “try” cannabis prescriptions for children with very extreme diseases. The American Academy of Pediatrics, however, still staunchly opposes the legalization of cannabis for medicinal or recreational use. The academy holds their position claims because of “the potential harms to children and adolescents.”

Everything is potentially harmful until tests prove otherwise. That’s the way medicine works. Every new drug on the market must have doctors’ pre-approval before they prescribe it to patients. Therefore doctors consider it “unsafe” until it passes the necessary tests and trials.

Cannabis is a safe medicine, but it needs freedom of research to have this point proven.