Opioids Versus Cannabis For Nerve Pain

For years, opioids have been the ‘go-to’ drug for treating nerve pain. However, that could soon change.

Emerging evidence suggests that cannabis may well be a safe and effective alternative for nerve pain patients. Nerve pain occurs as a result of a separate health condition that affects the nerves, sometimes causing neurons to misfire and send pain signals to the brain. Unlike some pain that is dull, chronic neuropathic pain is often a shooting, stabbing, or burning sensation.

With the prevalence of neuropathic pain as high as approximately ten percent in the United States, effective treatment options are desperately necessary.1)DiBonaventura, M. D., Sadosky, A., Concialdi, K., Hopps, M., Kudel, I., Parsons, B., … & Markman, J. D. (2017). The prevalence of probable neuropathic pain in the US: results from a multimodal general-population health survey. Journal of Pain Research, 10, 2525.

Sound scientific studies proved that opioids were very powerful and effective pain relievers. They quickly became a staple in the fight against hard-to-treat nerve pain. But just as quickly, researchers and health professionals realized that opioid use can come with a multitude of negative side effects, including addiction and respiratory failure. Opioids and cannabinoids work in similar ways to target pain, but research is showing that cannabis can get the job done without the potential risks of overdose and death.

Opioids reduce pain by binding to proteins called opioid receptors. These receptors are located on neurons within the brain and spinal cord. This binding interrupts the chemical signaling between neurons. It blunts pain messages traveling along the ascending pain pathway from the body to the brain. Cannabinoids target pain in a very similar way – with the exception that they bind to the cannabinoid receptors, primarily CB1 receptors.

However, there are major differences between opioids and cannabinoids in how they affect the rest of the body. Of greatest concern is the interaction between opioids and μ-opioid receptors in the central nervous system, including the pre-Bötzinger complex, which is a respiratory rhythm generating site in the pons.2)Boom, M., Niesters, M., Sarton, E., Aarts, L., W Smith, T., & Dahan, A. (2012). Non-analgesic effects of opioids: opioid-induced respiratory depression. Current Pharmaceutical Design, 18(37), 5994-6004. When an individual accidentally ingests too much, this interaction can lead to overdose and opioid-induced respiratory failure. Increasing opioid-related deaths have given rise to the highly-publicized opioid crisis in recent years. 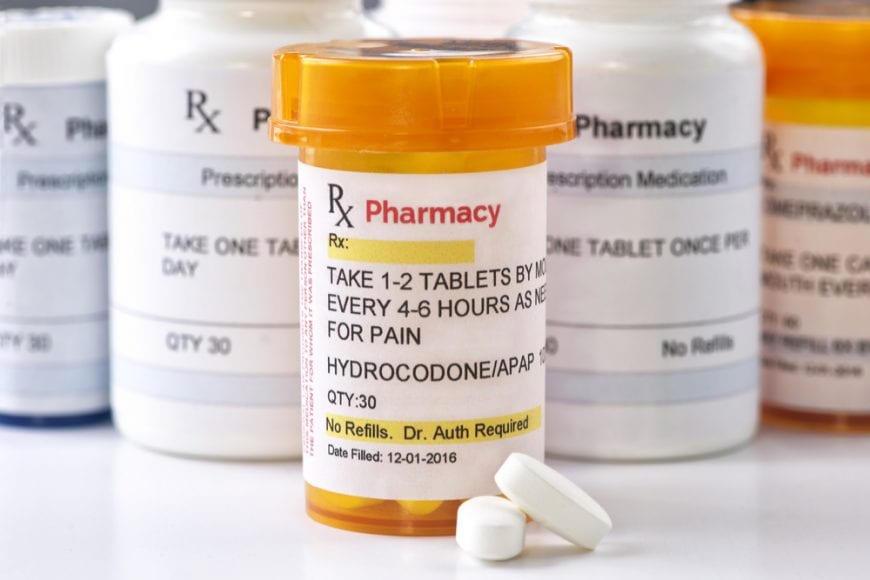 An estimated twenty-one to twenty-nine percent of patients using prescription opioids misuse the drug. Between eight and twelve percent develop an opioid use disorder. Interestingly, according to the International Centre for Science in Drug Policy (2015), the estimated lifetime risk of cannabis dependence is similar – at approximately nine percent. However, these cannabis statistics are based on recreational consumers. The authors make an important distinction that not all addictions are created equal. This becomes evident when comparing the overdose death statistics between the two drugs.

In 2017, 47,000 Americans died due to opioid overdoses. That is, a direct result of ingesting too much of the drug. Meanwhile, a review published in Neuropsychopharmacology (2018) recently reiterated that “there are no known cases of fatal overdose from cannabis use in the epidemiological literature”3)Hasin, D. S. (2018). US epidemiology of cannabis use and associated problems. Neuropsychopharmacology, 43(1), 195-212. It is certainly possible to have too much cannabis, but the acute effects are unlikely, if not impossible to cause a serious or life-threatening adverse reaction. According to additional supporting research, long-term cannabis consumption for chronic pain management also boasts an attractive safety profile.

Cannabis Has a Favorable Safety Profile in Pain Management

In a study published in the Journal of Pain (2015), the researchers systematically evaluated the one-year safety of medical cannabis consumption in a sample of chronic pain patients across Canada4)Ware, M. A., Wang, T., Shapiro, S., Collet, J. P., Boulanger, A., Esdaile, J. M., … & O’Connell, C. (2015). Cannabis for the management of pain: assessment of safety study (COMPASS). The Journal of Pain, 16(12), 1233-1242.. They recruited two hundred and fifteen individuals and separated them into a medical cannabis group and a control group. The medical cannabis group received a standardized cannabis product of 12.5% THC with a median dose of 2.5 grams/day. 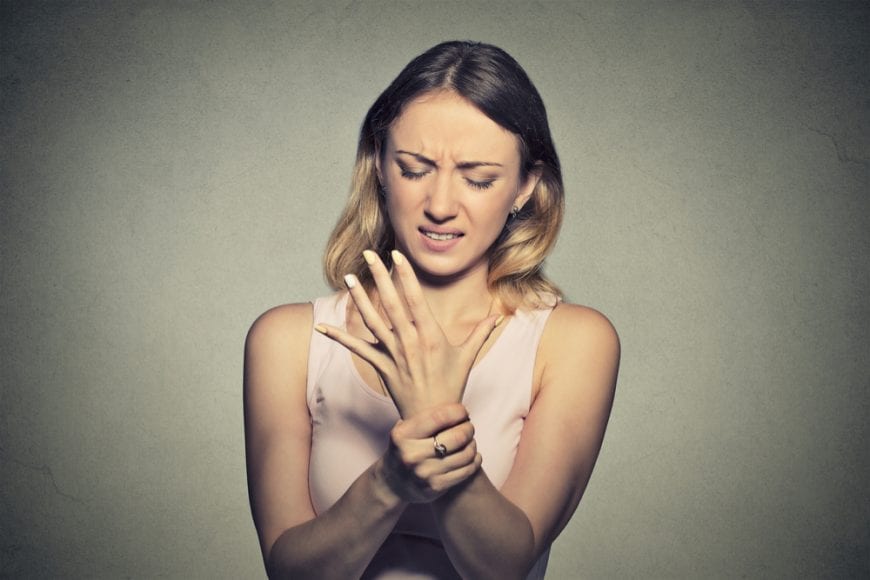 Evidence for Cannabis as a Neuropathic Pain Treatment

Researchers recently summarized the available evidence supporting cannabis as a treatment for neuropathic pain in a systematic review and meta-analysis published in the Journal of the American Pharmacists Association (2020)5)Rabgay, K., Waranuch, N., Chaiyakunapruk, N., Sawangjit, R., Ingkaninan, K., & Dilokthornsakul, P. (2020). The effects of cannabis, cannabinoids, and their administration routes on pain control efficacy and safety: A systematic review and network meta-analysis. Journal of the American Pharmacists Association, 60(1), 225-234..

The researchers not only specified whether cannabis was effective but also the route of administration that had the greatest impact. They concluded that the most comprehensive evidence suggests that THC/CBD combination and THC via oromucosal route, as well as standardized dried cannabis with THC via inhalation, could reduce neuropathic pain. The analysis also showed that CBD independent of other cannabinoids does not play a role in pain reduction, conflicting with previous preclinical studies. Nonetheless, it appears that the future of cannabis as a neuropathic pain treatment is bright. However, to influence widespread clinical practice, researchers need to provide higher-quality evidence.

The studies included in the 2020 review consisted of studies with small sample sizes. No study followed patients for more than six months. Accordingly, many physicians would label that as low-quality evidence. But more research is on the way. The latest consensus statement from the Canadian Pain Society (CPS) regarding the pharmacological management of chronic neuropathic pain was published in 20146)Moulin, D. E., Boulanger, A., Clark, A. J., Clarke, H., Dao, T., Finley, G. A., … & Sessle, B. J. (2014). Pharmacological management of chronic neuropathic pain: revised consensus statement from the Canadian Pain Society. Pain Research and Management, 19(6), 328-335.. In that statement, the CPS recommended prescribing opioids before cannabis. This decision is based on the evidence of benefit and harm for both drug types. With further high-quality cannabis studies and continued evidence of opioid harms, the next statement may look a little different.