A new biotechnology startup in New York has just won a $250,000 grant from the National Science Foundation to further its work into bettering organic pesticides that would keep cannabis healthy while making it safer for human use. Cannabis has special consideration for pesticide use because it is often inhaled. Chemicals that are safe for consumption, under a certain ppm, become cancer-causing when inhaled.

The revolutionary funding news, from Brooklyn Bioscience, could represent a major change for the agriculture sector, making harmful and toxic neurochemicals safer for human consumption. Specifically, it could save the lives of many cannabis smokers and vapers, who are among the most at-risk for potential side effects of toxic insecticides. 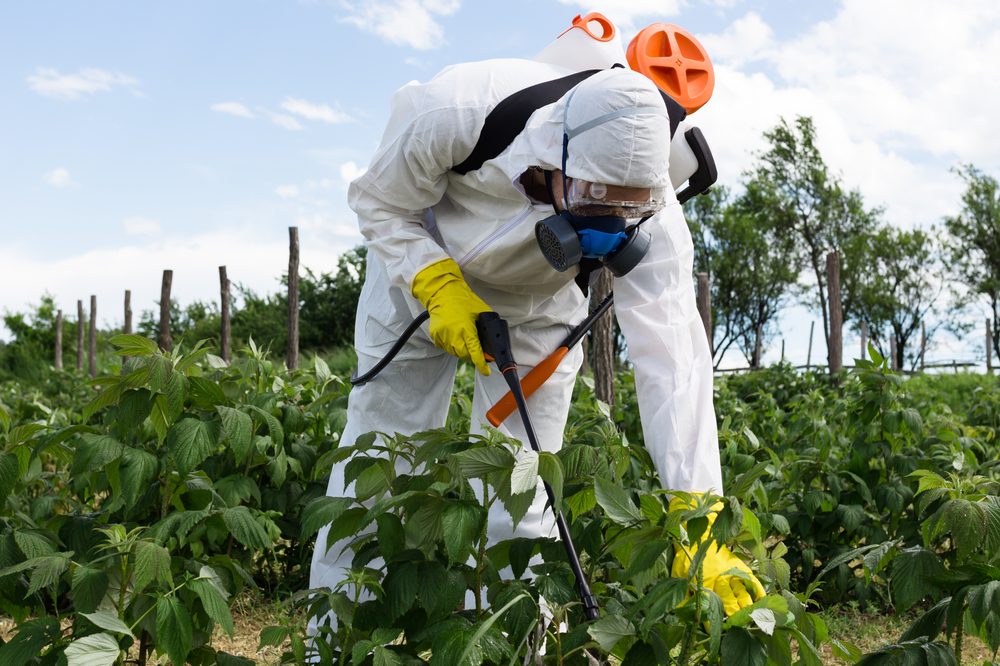 How We Got Here: The Story of Our Most Common Insecticide

The work on organic pesticides developed in New York will deal with problematic insecticides known as organophosphates (OPs). They comprise of the most commonly used insecticides today and, despite their name, they are organic pesticides. Only one kind of OP occurs in nature, and it’s rarely used. The vast majority of OPs are lab-created neurotoxins.

OPs work in the same way that nerve agents function, by shutting down the nerve functioning of insects that consume or come into contact with it. Unfortunately, they can also cause health defects in humans. Thankfully, usually they don’t, for a few reasons.

First, we use OPs as insecticides because they are effective, meaning the keep bugs from eating crops, and because they have been overwhelmingly safe for humans — until recently. This could be a function of misunderstanding OPs since the beginning or misattributing diseases to other substances (we know, for instance, that many children with leukemia also test positively for high levels of certain OPs).

Inhaling Pesticide Residue is a Risk Consuming Doesn’t Have

The human stomach tends to stop OPs from harming us if they’re ingested in normal quantities. There were tests to make sure OPs were safe to consume in small doses, and so far, that seems to be true. The problem comes from inhalation of OPs — this is something we didn’t anticipate happening.

Our lungs don’t have the same kind of microbial defenses that our stomachs do. When inhaled, OPS become more harmful, not less. In small quantities, this may be alright, but not ideal. But in large quantities, it may lead to some very unfortunate health outcomes.

This has become a problem as people are now smoking and vaping plants that have been treated with OPs. And although OPs break down in plenty of other substances, they are very water-resistant. So getting them off cannabis plants isn’t just a matter of washing the buds, which we don’t want to do anyway. 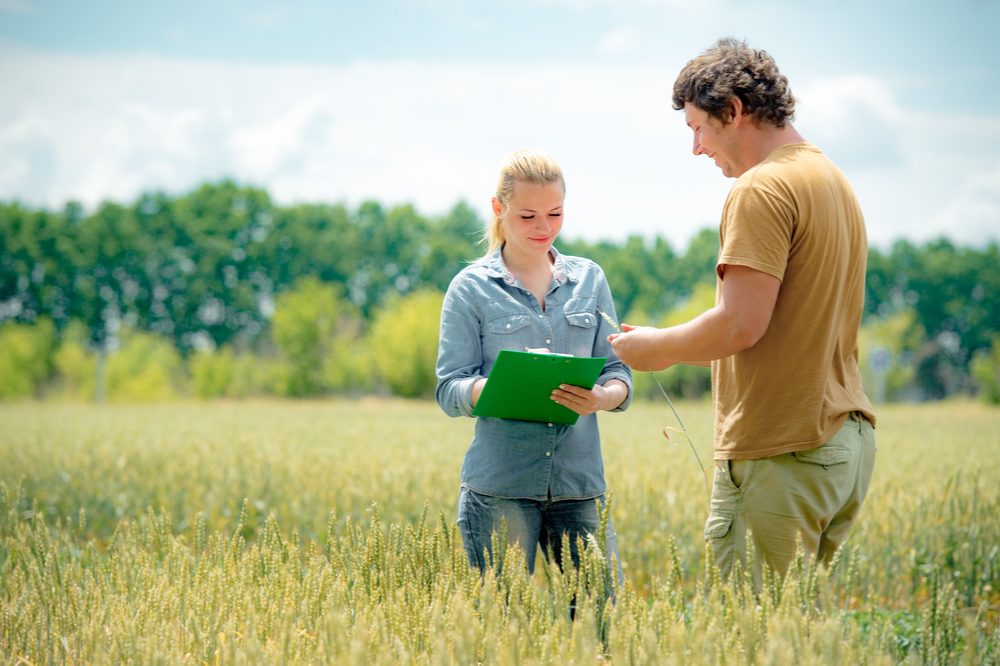 Brooklyn Bioscience isn’t really creating organic pesticides. Instead, they’re working to make lab-grown pesticides better. So far, they have attempted to create a wash made of water and protein that would break down OPs into harmless substances. In the future they envision all crops sprayed with OPs could also receive a spray of this new mixture. This would essentially dissolve the harmful chemicals and make substances like cannabis safe to smoke or vape.

If that sounds like a letdown, you’re not alone. While many Americans think that organic foods contain zero pesticides, that’s far from the reality. In fact, they contain loads of pesticides, just certain ones that the government views as safe. Make no mistake – that’s still a good thing. These products have been shown, time and time again, to be safe and less environmentally costly. But it can come as a shock to health-conscious consumers that their organic strawberries undergo spraying with bug-killing chemicals.

The truth is that it’s just too hard to grow crops that don’t use any sort of bug-killers, be they synthetic insecticides, organic pesticides, or something else. Even backyard gardeners know how hard it is to keep a few plants alive long enough to eat the fruits of their labor. At a large-scale, that task becomes even harder.

RELATED  The Slow Growing Resurgence of Cannabis in the Middle East 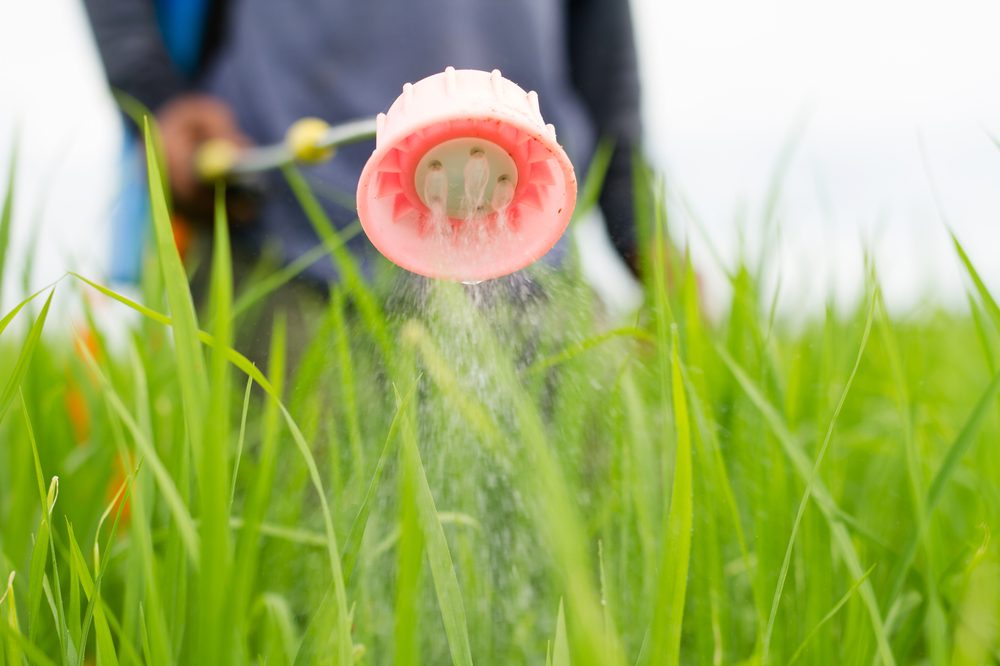 The Need for Better Organic Pesticides

Although we’ve focused on the OPs found in cannabis, the insecticide is everywhere. The U.S. Department of Agriculture has found traces of OPs in frozen blueberries, celery, green beans, peaches, broccoli, and strawberries.

The World Health Organization has listed OPs as one of the most hazardous neurotoxins in use today, and estimates the their environmental impact totals $12 billion every year.

Clearly, there are problems with OPs, and Brooklyn Bioscience is on a good track to help us out of the jam. But it’s still not the optimal solution. Instead of relying on chemicals that could cause cancer in twenty years, we need better, more environmentally friendly, organic pesticides. Or even natural solutions, such as the praying mantis. This strange insect is considered to be an ‘extreme predator’ because it indiscriminately eats every harmful and beneficial insect, even catching flies mid flight. Something to think about.

We need crops that won’t kill us after years of consumption, but can survive into maturity. Whether that means genetically modified farming or organic pesticides, no one knows. But we’re creeping closer with this newly funded research, and will soon have safer-to-smoke cannabis. It’s a giant step in the right direction.