Chronic pain is a part of the everyday life of approximately twenty percent of Canadians. Further, half of those Canadians report that they have been experiencing chronic pain for at least ten years. This represents a significant proportion of their life. Unfortunately, in recent years, receiving chronic pain treatment has proved to be more difficult. The opioid epidemic has led to increased shaming of prescription opioid use. Subsequently, it has also resulted in some physicians hesitating to prescribe opioids to their patients. Positively, at least, these facts, combined with increasing scientific evidence supporting cannabis as a pain reliever, have led to increases in cannabis-related pain therapy. But, cannabis currently has no source specific pain relief mechanism. In other words – most cannabis medicine targets the whole body, rather than specific sections of it.

However, cannabinoid pain therapy is not without limitations. Because cannabinoid receptors are located throughout the entire body, pain relief can come with some unwanted effects. For example, while THC binding to CB1 receptors in the spinal cord dulls the pain pathway to the brain, THC binding to CB1 receptors in the brain also causes cognitive impairment. In other words – picture a patient with nerve pain in their back. Surely this patient shouldn’t have to forego driving a car simply because they have to take THC-rich medication simply to get by. Further – this patient also shouldn’t be forced back into opioid medication with its side effects.

Unquestionably, the ideal desired effect would be achieved independent of any side effects. Fortunately, advancing cannabinoid science suggests that this could eventually be possible. Researchers are currently exploring how “allosteric modulators” can change how effectively cannabinoids bind to specific receptor sites. Overall, this would lead to the ability to deliver source specific pain relief without the unwanted side effects. 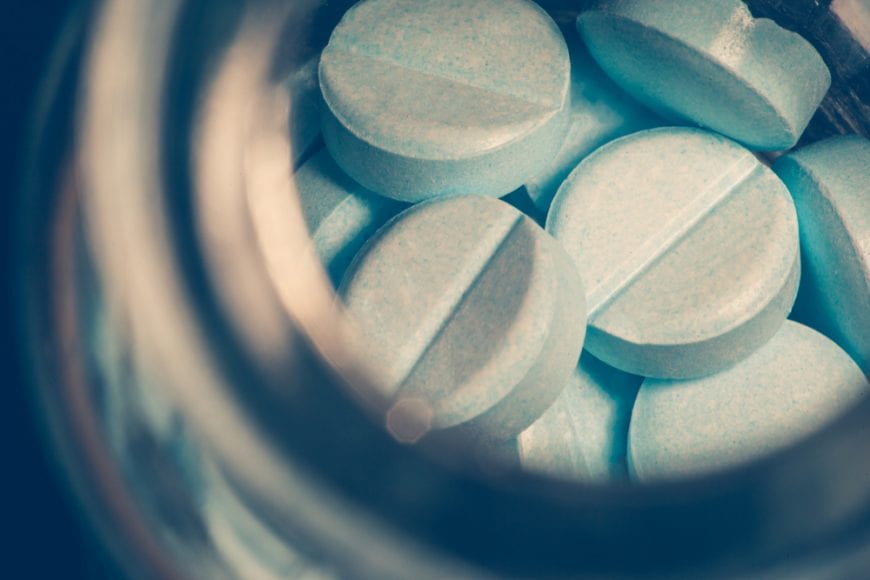 Cannabinoid receptors belong to a family of receptors called G-coupled-protein receptors (GCPRs). Research has revealed that GCPRs have binding sites called orthosteric and allosteric binding sites. Here’s how they each work following their activation:

For example, research has shown that CBD is a negative allosteric modulator to CB1, interfering with how THC binds to the CB1 receptor.

CBD Acts as a Negative Allosteric Modulator of CB1

Therefore, the authors concluded that allosteric modulation, in combination with effects not mediated by CB1 receptors, could explain CBD’s mechanism of action. This is undeniably important. Moreover, while orthosteric sites tend to be uniform across CB1/CB2 receptors, allosteric sites may vary across the body as seen in other receptors.[3]Wenthur, C. J., Gentry, P. R., Mathews, T. P., & Lindsley, C. W. (2014). Drugs for allosteric sites on receptors. Annual Review of Pharmacology and Toxicology, 54, 165-184.

Moreover, research uncovered similar effects in a 2018 study published in Biological Psychiatry in which the researchers detailed the success of a positive allosteric modulator called GAT211. They evaluated GAT211 for anti-nociceptive efficacy and tolerance in neuropathic and inflammatory pain models in mice. GAT211 proved to be a safe and effective analgesic therapy overall. And, perhaps most significantly, those treated in the study avoided the undesirable side effects of tolerance, dependence, and abuse liability.[6]Slivicki, R. A., Xu, Z., Kulkarni, P. M., Pertwee, R. G., Mackie, K., Thakur, G. A., & Hohmann, A. G. (2018). Positive allosteric modulation of cannabinoid receptor type 1 suppresses pathological … Continue reading

Regardless, allosteric modulation of cannabinoid receptors represents an exciting frontier in cannabinoid-based pain therapy. It could hold the key to enhancing the pain-relieving power of the endocannabinoid system. On top of this, it could minimize the unwanted effects common with cannabinoid medicine. Overall, only time will tell – but since the recent upsurge in studies on the potential of cannabis, it looks like researchers will now get answers sooner than later.

Cannabis Could be a Big Player in Aging Gracefully