Peyote: Other Plants That are Healing Allies

With the widespread acceptance of the medicinal benefits of cannabis, people are looking to other plant allies, like peyote.

Peyote, a cactus native to the Americas, has thousands of years of recorded consumption and its remarkable healing potential is still relevant today. Peyote is a small cactus native to parts of Mexico and America’s southwest. It contains “buttons” shaped like a disc that are either dried and eaten, or brewed into a tea for consumption.

Peyote contains several psychoactive alkaloids, the most well-known of which is mescaline. Importantly, the consumption of peyote induces an altered state of consciousness characterized by visual effects, insights, and feelings of a deeper connection to nature and possible euphoria.

Further, the consumption of peyote among indigenous societies in the Americas dates back thousands of years. In pre-Colombian times, the ceremonial consumption of peyote was centered around healing, something that, after years of suppression, the West is slowly coming around to embracing. 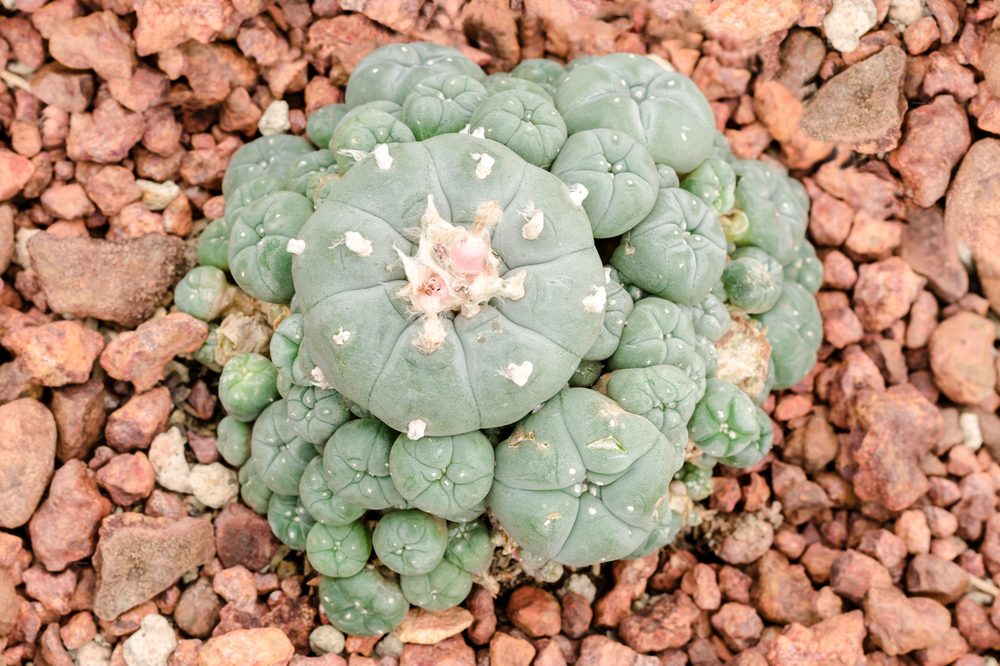 Just like cannabis, peyote has a history steeped in tradition with 5700 years of recorded consumption. A study published in the Journal of Ethnopharmacology (2005), [1]El-Seedi, H.R., De Smet, P.A., Beck, O., Possnert, G., Bruhn, J. G. (2005). Prehistoric peyote use: alkaloid analysis and radiocarbon dating of archaeological specimens of Lophophora from Texas. … Continue reading performed alkaloid analysis and radiocarbon dating on peyote specimens in a cave in Texas. Researchers, via radiocarbon dating, placed the samples at being from 3780-3660 BC.

Throughout the thousands of years of use, peyote consumption became a cornerstone of many indigenous societies in the Americas. It played a significant role in healing, brought them into contact with the spirit world, and helped form their understanding of the ultimate reality. This reality was very different from that of the Europeans, who would eventually arrive and suppress its use.

Like cannabis in the twentieth century, the universal condemnation of peyote by Europeans resulted in attempts to prohibit its consumption. After their arrival, European settlers aligned to the Christian faith projected much onto those who worked with peyote. They considered its consumption as a form of devil worship and witchcraft.

As Europeans marched across the American continent in what would later be termed “manifest destiny,” they showed little regard for existing indigenous cultures. The forced displacement onto reservations and loss of identity resulted in considerable inter-generational traumas passed down from generation to generation among natives.

In many ways, a similar backlash played out with cannabis in the early twentieth century. The destruction of countless lives resulted from the unfair prosecution of those who chose to consume cannabis. It wasn’t until the medicinal benefits became apparent to the population at large that the authorities slowly began to reframe their take on cannabis.

With peyote, in attempts to heal and unite, native communities incorporated some Christian ideas into existing belief systems. They then formed a movement that would eventually become known as the Native American Church (NAC). Religious exemptions for the consumption of peyote soon followed and a more lenient attitude towards the plant slowly emerged.

From Cannabis to Peyote: The Intentional Use of Plant Allies

The Native American Church (NAC) is a native American religion that combines Christian teaching with the sacramental consumption of peyote. It originated in southern U.S. in the late 1800s. Its influence — which now extends up into Canada — has grown to an estimated 250,000 followers in more recent times.

The church hold services for a variety of reasons that include healing, Christian holidays, graduations, birthday celebrations, and rights of passage. The ceremonial consumption of a plant to obtain a closer relationship with the divine is nothing new in traditional societies. In many ways, the roots of cannabis consumption in many places embody a similar sentiment.

The introduction of cannabis to Jamaica in the 1850s led to the development of the Rastafarian movement. Rastafarians consider cannabis sacred, and often refer to it as “holy herb.” They consume cannabis with the firm intention of forging a closer connection to the divine. Furthermore, the results of such belief systems shone through in much of the art that came from the country. Perhaps most notably, it came through in the music of Bob Marley. He was a firm cannabis advocate, and promoted peace and understanding through his music that profoundly affected millions globally.

Cannabis has similar roots in ancient India. The Vedas compiled writings on their consumption of cannabis between 2000 and 1400 BC. To them, cannabis was one of five sacred plants. Cannabis was one they referred to as a source of happiness. It was also a liberator to them, helping consumers to deal with fear and anxiety.

The Pharmacology of Peyote

Where cannabis has a host of compounds like cannabinoids, terpenes, and flavonoids that all act synergistically to produce medicinal benefit, peyote has a complex factory of alkaloids that modulate its healing effects.

Peyote contains over sixty alkaloids, many of which are psychoactive. So, alkaloids such as tyramine, pellotine, hordenine, and anhalonidine all exist within the cactus. However, it’s the presence of mescaline that’s responsible for much of the psychoactivity associated with peyote. The mescaline content of peyote is approximately 0.4 percent in fresh cactus and three to six percent in its dried form. 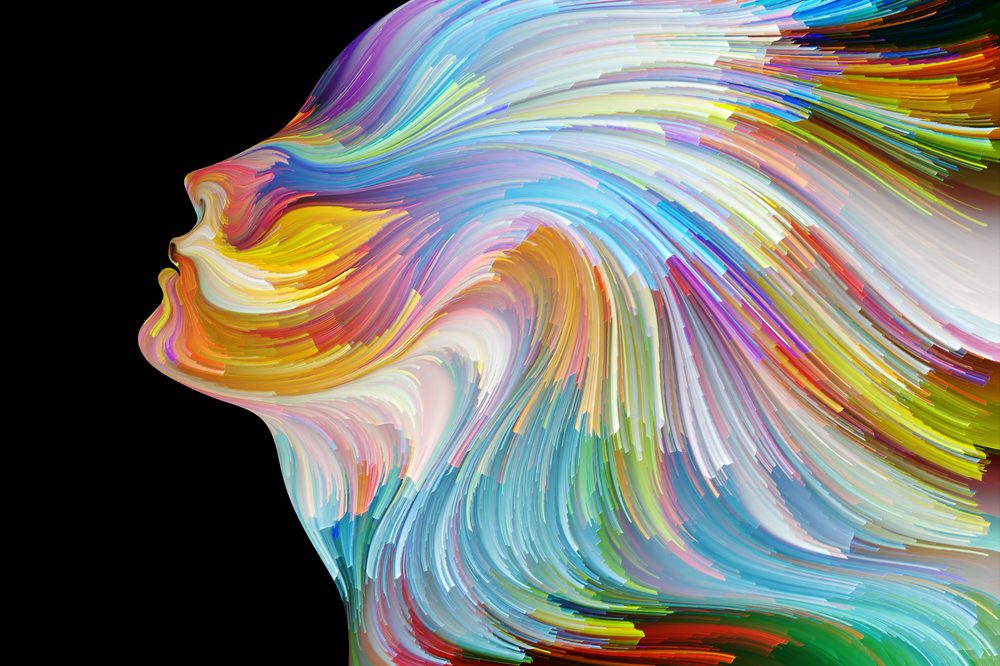 The Effects of Peyote

Doses range from fifty to two hundred grams of fresh peyote. In the initial stages after consumption, people often experience some discomfort and nausea as the medicine absorbs. The full effects usually come on within two hours and typically last for eight to twelve hours before slowly waning.

Consumers often report profoundly spiritual and meaningful experiences. Also, peyote consumption often brings about profound shifts in conscious awareness that allows people to connect with something more transcendent. In many cases, a deep connection to nature coupled with feelings of bliss and oneness occur.

Others may experience something somewhat less pleasant, but no less useful. We all carry a burden throughout life, and those repressed parts of us can come into conscious awareness after consuming peyote. These “bad trips” are often cited as evidence of the dangers of working with such plants. But the truth is that these experiences can be profoundly healing.

In the right set and setting, those experienced in working with the medicine can help someone undergoing such an experience to shed some of the “unhealthy baggage” they’ve been carrying. Peyote often facilitates the unloading of such baggage via emotional and physical purges.

Even as the legalization of cannabis spreads, its stigmatization is still widespread in many jurisdictions. In a trend that exists across many plants that pose a threat to current cultural belief systems, years of scaremongering lead to fear among the population at large around using such substances.

Much of the stigmatization of cannabis is unfounded. However, is the widespread illegality of peyote justified on health grounds?

The peyote group showed no significant deficits on any neuropsychological measures, and researchers “found no evidence of psychological or cognitive deficits among Native Americans using peyote regularly in a religious setting.” Just like cannabis consumption, the policy around peyote consumption is based on fear and ignorance rather than on any form of appreciation for the healing potential of the plant. 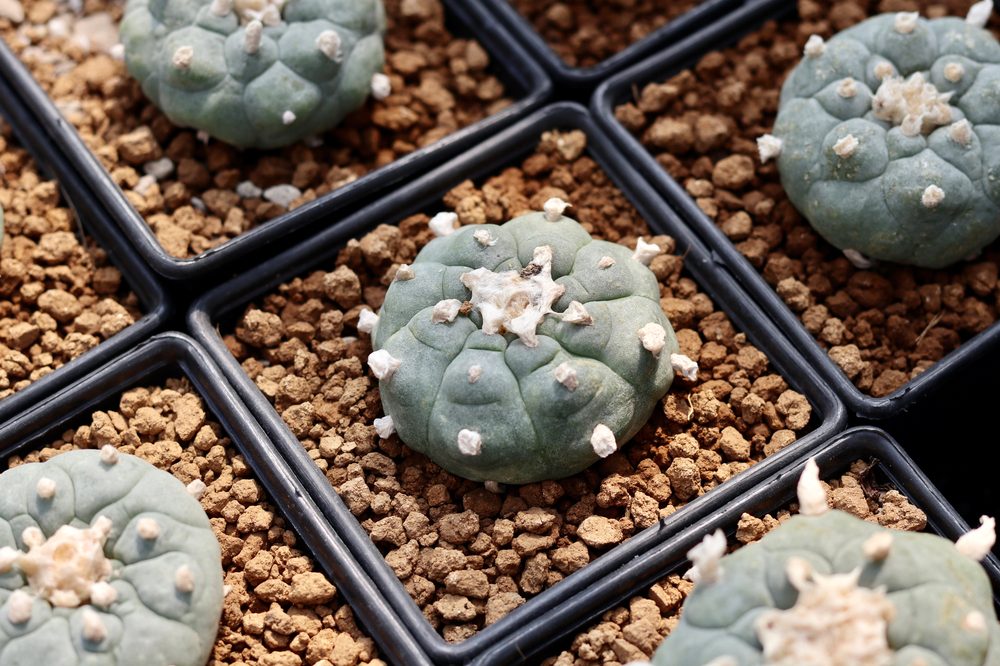 The evidence suggests that peyote is quite safe when consumed responsibly, But it’s crucial to ensure that you consume it in a proper setting. Anyone undergoing a difficult experience in an environment where they feel unsafe may be liable to have a “bad trip” or just have an uncomfortable and unrewarding experience. These feelings are especially likely  if there are hazards and sources of personal anxiety in the area. Lastly, the benefits of working with any plant, cannabis included, become more obtainable with a firm intention.

Realigning to a Greater Purpose With the Plants

Many argue that the West has lost its way. And with an ever-increasing focus on material gain, rampant ill-health, and many lives devoid of any spiritual fulfillment, few can argue. When consumed with intention, plant allies like peyote and cannabis can slowly realign us to our true values. While they may not be for everyone, many of those who drink the cactus awaken to their own true nature. This is something that can pave the way for deep healing and realignment of the spirit.

In these times of change, cannabis is paving the way to new attitudes toward the plant kingdom. And when society at large comes to relate to entheogenic plants as true medicine, then perhaps a real shift can occur as society collectively strives toward the future grounded in the wisdom from the plants.

RELATED  Hemp Versus Cotton: Which One is Best for The Environment and the Economy?