Hemp is capable of cleaning up radioactive soil and more. But, then what?

Hemp has become the darling of environmental cleanup. It’s called phytoremediation and RxLeaf reached out to Elizabeth Pilon-Smits, a professor at Colorado State University, for more intel. Our goal was to find out exactly what defines phytoremediation and to learn more about the specific applications for hemp.

Prof Pilon-Smits is Passionate About Phytoremediation

Originally from the Netherlands, Pilon-Smits arrived in the U.S. in 1994, to study phytoremediation for selenium. Nearly three decades later, she continues to research the clean up of selenium and many other contaminants. Over these years, the potential of several plants have earned her attention, including Brassica (mustards), Brassicaceae (rockcress). But, more recently Pilon-Smits’ focus has turned to Cannabis sativa (hemp).

Her current research project — sponsored by Patagonia and New Belgium Brewing — explores hemp for cleaning up selenium and arsenic. Late 2020 will see the final results published. In the future, Pilon-Smits will also be a part of the study of hemp for the clean up of selenium-contaminated agricultural wastewater, in partnership with Ducks Unlimited, in Colorado.

According to a definition from Nature, “Phytoremediation basically refers to the use of plants and associated soil microbes to reduce the concentrations or toxic effects of contaminants in the environment.” A study published in the African Journal of Biotechnology (2009), says there are four components to phytoremediation of heavy metals (like selenium and radioactive waste)

In a piece published in the Annual Review of Plant Biology (2005), Pilon-Smits goes further, explaining, “This technology makes use of the naturally occurring processes by which plants and their microbial rhizosphere flora degrade and sequester organic and inorganic pollutants.”

RELATED  Did a Virus Split Cannabis Into Hemp and 'Marijuana'?

Increasingly, the use of plants to clean soil, water, and other parts of the environment is a cost-effective and eco-friendly method clean-up. Of course, there are other ways to clean up contaminated areas, but these are more invasive. Engineering-based remediation methods are utterly destructive to the soil and surrounding environment. Using cultivated plants to remove contaminants from the environment (when applicable) is a non-invasive and non destructive remediation practice. Plus, the biomass may have economic value.

What Contaminants is Hemp Most Effective Against?

According to Pilon-Smits, hemp already underwent tests by researchers for several heavy metals, including cadmium, nickel, chromium, zinc, and lead. Scientists also looked at hemp for radionuclides, which are unstable radioactive molecules. The cultivation of hemp also seems valuable for use with soil contaminated with radium.

Pilon-Smits told RxLeaf that, “The accumulation of metals may be enhanced by adding chelators to the soil, but that does have to be done with great care to avoid leaching.” Chelating agents (chelators) are chemicals that trigger a reaction with metal ions to form a water-soluble, stable complex. Chelators treat heavy metal poisoning.

Finally, there have also been tests looking at hemp for the clean up of polycyclic aromatic hydrocarbons (PAHs). These organic chemicals are commonly found in petroleum products like coal, crude oil, and gasoline.

What Happens After Hemp Absorbs the Waste?

Phytoremediation covers several different processes where plants pull pollutants from their environment. In the 2005 piece mentioned above, Pilon-Smits detailed several of these mechanisms.

For example, plants may transform or absorb contaminants through several means, including:

Unfortunately, plants cannot break down inorganics, but they can transform compounds through reduction or oxidation. This may impact the toxicity of the element, for example, turning Chromium (VI into Chromium (III). Some plants can also pull high concentrations of inorganics from the soil system into the stems, leaves, and other above-ground tissues making for easy removal.

Organics are more manageable in the sense that some plants are capable of breaking them down (entirely or partially). Pilon-Smits explained, “Organic pollutants can be broken down in the plant by enzymes, or in the root zone around the plant by excreted enzymes from the root or by microbes (bacteria, fungi) that are fostered by the plant.”

But what is the phytoremediation process for hemp? Piton-Smits says, “these are general processes in plants, not hemp-specific, and have not studied much yet in hemp.” When it comes to this species, the specific phytoremediation mechanisms are largely unstudied. 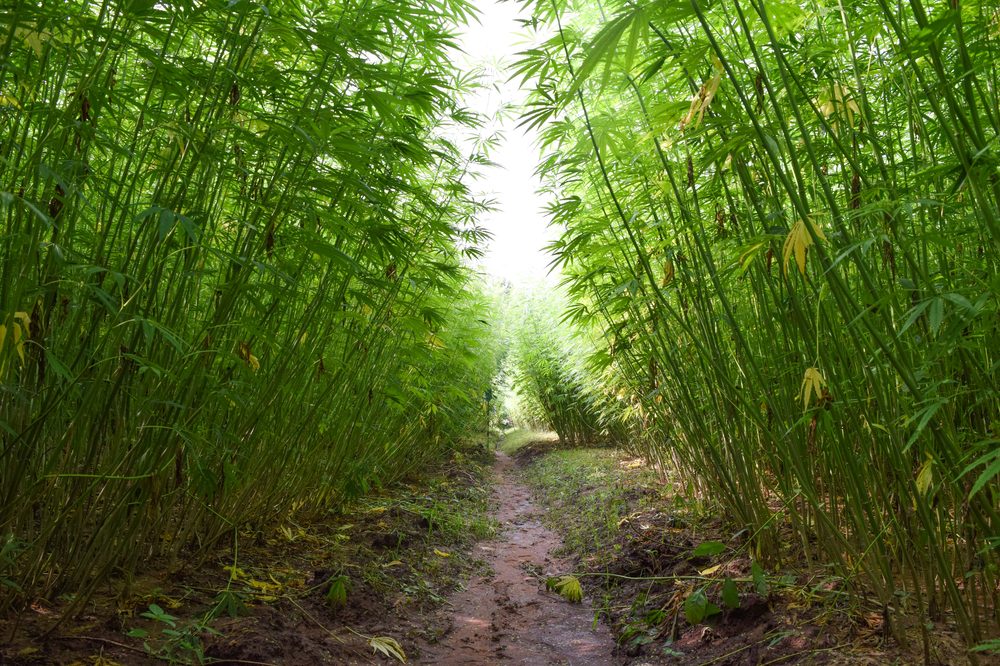 Is Hemp Useful After Cleanup?

While the hemp grown in polluted soil might not be valuable for cannabidiol (CBD) extraction, is the plant useful for any commercial or industrial applications? Based on research thus far, and her studies, Pilon-Smits believes it does have economic potential.

In cases where heavy metals or sulfates contaminate the soil, these are technically also nutrients. So long as the concentration of these is allowable, the biomass may have a use as food. Perhaps after dilution with another feed source. According to Pilon-Smits, “Food or feed enriched with a micronutrient like [Selenium or Iron or Zinc] is considered biofortified, and may have added value.”

For contamination of toxic materials, the biomass could still be useful for its stalks and fibers, as a building material. As she says, “For each pollutant or mix of pollutants, it is advisable to assess where and in what form it ends up in the hemp, and depending on the outcome, decide what can be done with the material.”

What is phytoremediation, and what is hemp’s potential in this realm? Pilon-Smits is one of the many dedicated people working to solve the mysteries of this plant. Her expansive knowledge on the subject of phytoremediation is making a difference. By helping to move the concept out of scientific theory and into commercial and industrial applications.