The Poor In America Are Evicted From Federal Housing For Cannabis

The poor are left behind in this Orwellian insanity that allows the landlord of a federally subsidized building to evict for any cannabis consumption.

This is not just another case of the “haves” keeping down the “have-nots.” People who rely on federal assistance are increasingly denied basic amenities because of their medical cannabis prescriptions. As a result, the poor are left behind this cannabis revolution. Meanwhile, the rest of the population, who can afford their medicine and housing, pushes forward.

With overtones of both racism and classism, managers of federally allotted low-income housing are kicking out residents for consuming cannabis — whether or not they have their doctors’ permission. In such scenarios, residents are facing a grave choice: Go back to the doctor and get a more expensive  (and dangerous?) prescription for a pharmaceutical, or lose their chance at affordable housing.

How does the saying go — your money or your life?

The Landlord Loophole: The Poor are Left Behind

If all this sounds wrong, you have a conscience. But this conscience isn’t universal. So how is it legal to kick sick people out of their homes because you don’t approve of their prescribed medicine?

Or, to put it another way: When a board-certified doctor, complete with a medical degree and license, prescribes legal medication to a patient who then obtains that medication legally, how can a landlord evict that patient for taking their medicine?

That’s where the landlord loophole comes in. 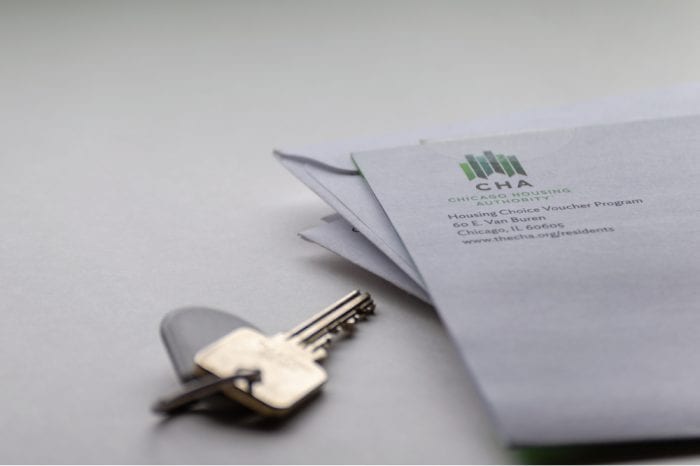 The federal government still considers cannabis illegal. It’s only lawful at the state level, and only in 33 states at that. And, because the federal government’s regulations outweigh state laws when it comes to landlords and public housing authorities, many property managers see no problem with enforcing whichever rules they prefer. This applies to everyone. But it tends to play out more commonly in public housing communities and among those who receive Section 8 rent assistance.

How many people does that cover? About 10 million people, according to the Center on Budget and Policy Priorities. The federal assistance, provided by the Department of Housing and Urban Development (overseen by non-housing authority Dr. Ben Carson), goes to low-income Americans. Most recipients are elderly and/or from marginalized populations, and helps them afford modest homes. Sixty-eight percent of these people are seniors, children, or people with disabilities. Another large number are combat veterans, who are already facing obstacles from Veterans’ Affairs regulations.

How Do Landlords Know?

This might seem like the kind of law that’s on the books but not enforced. After all, federal cops don’t (often) raid the homes of medical cannabis patients. And most landlords don’t keep an eye on their tenants’ medicine cabinets. So how it is happening?

Part of it, certainly, is the political climate. An Obama-era initiative eased federal hurdles that threatened states’ rights to legalize or decriminalize cannabis. Essentially, the Obama team told federal cops to make cannabis busts a low priority in legalized states. But just after he was sworn in, Trump reversed those guidelines. Republicans are still the party of states’ rights, right?

Suddenly immune against executive branch pressure to ease up, everyone taking orders from federal authorities felt free to clamp down on cannabis consumers, despite the legal status afforded them under state constitutions.

Having freedom to prosecute is just one part of this, however. Prosecutors also need proof of consumption. So the DOJ made that easy, too. The most notorious part of this debacle is how little evidence landlords need to evict law-abiding cannabis patients.

A public housing landlord evicted one woman, who lived in California’s famously pot-friendly Humboldt County, after a maintenance worker reported that he saw edibles there. A simple oral report from the worker, with no photographic evidence or corroboration by anyone else, was enough to convict the woman. Her two-year fight in California courts ended with her eviction. Yet, the court never tested her system for cannabis, nor did the prosecution provide documented proof that cannabis was in her home. 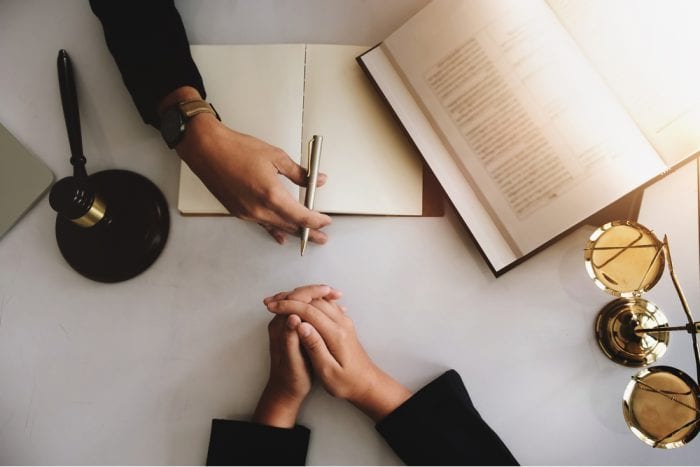 The Reality of Federal Assistance

One reason that the burden of proof is so low for Americans living on federal housing assistance is simple economics. To put it bluntly: They’re too poor to afford a high-priced, high quality defense. Many of these newly evicted tenants are elderly and already living on a fixed income. This means legal bills become an impossible challenge.

It’s cheap and easy for the government to fight plaintiffs like these. And because the Trump administration has an anti-cannabis platform, landlords feel emboldened to pursue cases against poor and minority citizens. this administration doesn’t much mind when the poor are left behind.

What About Private Landlords?

Technically, all landlords must prioritize federal law over state law. So landlords can technically kick out any renter in America who consumes medical cannabis. But in reality, private landlords in legal states should have a cannabis clause in their lease agreements. And most cases of evictions from private housing involved illegal grow operations, not private therapeutic consumption.

Alternatively, some landlords could advertise their rentals as cannabis-friendly, the way that Weed Rentals in Colorado does.

The problem comes down to government housing. When Uncle Sam foots the bill, he expects people to play by his rules, no matter how petty and wrong-headed. And when the poor are left behind, no one seems to bat an eye.

Ultimately, it will only be full cannabis legalization that brings change to this situation.