In Presence of Cannabis Your Body Makes More Anandamide

Anandamide is the body’s natural version of THC.

It’s always a good sign when modern scientific linguistics have their roots in ancient wisdom. And when it comes to anandamide, its name originates from the Sanskrit word “Ananda,” meaning “bliss” or “joy.”

Anandamide is a neurotransmitter and cannabinoid-receptor binding agent. This means it operates as a signaling mechanism for cannabinoid receptors in the body. It has a remarkably similar structure to the mind-altering cannabinoid THC found in cannabis, something that may help explain the roots of its name.

Why Do Our Bodies Produce Anandamide?

The primary benefit of anandamide is in regulating homeostasis within the body. Produced on-demand, it exhibits an ability to regulate inflammation and neuronal signaling. When, due to a stressor, our bodies deviate from their balance points, anandamide production helps the body self-regulate. This is a tried and tested efficient evolutionary adaptation that has served mammals for eons.

Once produced, it binds with CB1 and CB2 receptors just like its exogenous counterpart THC and promotes homeostasis. A study published in the Journal of Biological Chemistry (2008) [1]Kunos, G., Osei-Hyiaman, D., Liu, J., Godlewski, G., & Bátkai, S. (2008). Endocannabinoids and the control of energy homeostasis. The Journal of biological chemistry, 283(48), 33021–33025. … Continue reading

investigated the link between endocannabinoids and homeostasis. Researchers commented that endocannabinoids, such as anandamide, are anabolic in nature. This leads to increased intake, promotes storage, and decreases the expenditure of energy. 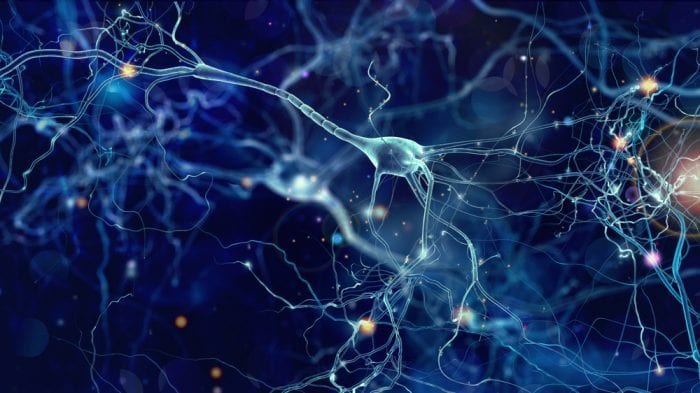 What Are the Benefits of Anandamide?

The effects of anandamide production seem overwhelmingly positive. From enhanced mood to decreased anxiety and a reduction in fear, study after study reliably shows its importance as a regulatory mechanism within the body.

investigated the links between cannabinoid regulation and fear and anxiety. Researchers determined that anandamide has “acute anxiolytic effects” and exhibits the ability to “regulate learned fear by dampening its expression, enhancing its extinction and disrupting its reconsolidation.”

Another study published in Therapeutic Advances in Cardiovascular Disease (2018) [3]Martín Giménez, V. M., Noriega, S. E., Kassuha, D. E., Fuentes, L. B., & Manucha, W. (2018). Anandamide and endocannabinoid system: an attractive therapeutic approach for cardiovascular … Continue reading demonstrated a link between the endocannabinoid system and the cardiovascular system. After completion of the study, researchers determined that anandamide and other related cannabinoids, when used in conjunction with “novel pharmacological vectorization strategies, such as the development of nanotechnology” could “significantly improve the quality of life of patients affected by cardiovascular diseases.” 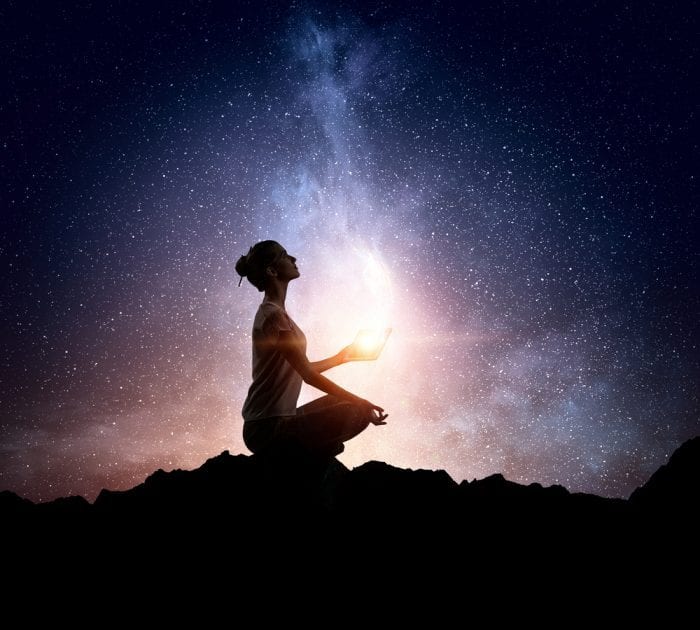 Exercise is rewarding, but that has traditionally been an experience shared among the active.

Runners high was always that subjective feeling of enhanced wellbeing among the exercise fanatics. For years, scientists claimed the effects were due to endorphins. But endorphins don’t cross the blood-brain barrier, and as time went by, scientists became more intent on finding the cause of this exercise-induced high that so many experience. Eventually, they’d uncover that anandamide plays a key role.

Just like humans, mice also experience runners high – and produce anandamide as they run. Researchers placed mice on a treadmill and carried out various tests to uncover the underlying cause of runner’s high.

After analyzing the mice runners, researchers noted “significantly less anxiety” and “reduced thermal pain sensitivity” among the mice that ran. In an attempt to isolate the root cause, researchers blocked endorphins, and the mice still exhibited symptoms of increased calm. Then, when given a drug that stops anandamide from binding to receptors, the mice became more anxious and sensitive. Researchers concluded “that cannabinoid receptors are crucial for [the] main aspects of a runner’s high.”

RELATED  What Does It Feel Like To Be High?

On the other end of the spectrum are common deficiencies within the endocannabinoid system. Accordingly, a study published in Cannabis and Cannabinoid Research (2016)[5]Russo E. B. (2016). Clinical Endocannabinoid Deficiency Reconsidered: Current Research Supports the Theory in Migraine, Fibromyalgia, Irritable Bowel, and Other Treatment-Resistant Syndromes. … Continue reading attempted to quantify the effects of a deficiency of certain important cannabinoids (like anandamide) in the body.

Accordingly, the researchers began with the unproven hypothesis that the human body has “an underlying endocannabinoid tone” that reflects levels of cannabinoids like anandamide. Under certain conditions, this “endocannabinoid tone becomes deficient and productive of pathophysiological syndromes.”

Further, according to the study, by elevating anandamide levels, either systemically or centrally via the pharmacological inhibition of FAAH, the scientists induced anxiolysis. This, consequently, is a relaxed state without anxiety. This later led researchers to conclude that elevated levels of anandamide obtained through CBD supplementation may be useful in the treatment of anxiety disorders.

From DMT to THC like molecules, our bodies have an inbuilt chemical factory that allows for the ability to produce a variety of compounds that can profoundly alter consciousness. Whether viewed as natural antidepressants, or something more powerful and meaningful, the research on these compounds is truly fascinating. At the very least, they suggest a natural way of being that often differs tremendously from cultural norms. Overall, when it comes to anandamide, its effects on mood and general wellbeing are profound to say the least.