These are the top reasons patients are reluctant to talk to their doc about cannabis.

Not everyone is ready (or willing) to talk to their doctor about cannabis. It’s true: cannabis acceptance is spreading, but not every doctor is pro-cannabis. Some are frustratingly set in their old ways. They assume all cannabis consumption is drug use and will refuse to recommend it to their patients.

Although many Americans may have access to cannabis through recreational channels these days, medical cannabis programs are preferred by some. These programs hold an essential space for patients and provide support, care, and quality bud, which may not be available on the adult use market. The 2-Tier system is worth saving from the market-driven demands of the recreational sector. Patients need to have protections for their valuable medicine, to keep it accessible, of top quality, and affordable. Yet many American patients refuse to reach out to the medical cannabis programs in their state.

When we reached out to our followers about why they refuse to talk to their healthcare providers, and we heard some surprising answers. You told us that it wasn’t just about having a pro-cannabis doctor or not; there were many other reasons why you didn’t want to get your plant-based medicine from the establishment.

Loyalty to the Black Market Dealer

Nobody wants to put their longtime black market cannabis connections out of business. Cannabis medicine is where it is today because of the passion, dedication, and sacrifices of those working illegally. They put their heart and soul into producing high-quality plants, despite the risks. So long time customers want to continue to give them business.

It’s often hard for small-time black market growers to move into the legal system. The licensing and possible former felonies make it near impossible. Some of our readers admit they don’t want to put the “Little guy out of business.” You know your dealer, you have been buying from them for years, and trust them implicitly. Why would you change a good thing?

The black market also attracts customers because it’s so much cheaper than legal. You aren’t paying the sometimes excessive taxes, markups through the chain of supply, nor any retail markup. In some cases, you might be paying the cultivator directly. That makes for much cheaper medicine than what you’d find on the dispensary shelf.

If you have a felony in your history, it’s virtually impossible to get a prescription for medical cannabis. Thankfully, with more states adopting recreational cannabis, this removes a significant barrier to access. If you don’t live in an adult-use state, though, you may be prevented from buying medicinal cannabis due to these strict laws.

Other patients explain that they are going through the court system, battling for child custody, and cannot risk it. Understandably for these patients, their children are far more important than a piece of paper. Maybe their doctor is a pro-cannabis doctor, but that doesn’t mean the courts are a pro-cannabis institution.

A handful of our readers wanted to avoid the expensive taxes on cannabis in legal markets like Oregon and Washington state. In Washington, the adult use market has 37 percent tax, although most states hover around 15 percent. Still, that significantly increases the price of your medicine, if you choose to access it through the recreational side. Sticking with the black market can help that. This is also one of the small benefits of getting a prescription – if your insurance will cover it, that is.

You told us you really don’t like this trend towards profit. Shouldn’t medicine be about the patient? Unfortunately, some companies are forsaking their patient clientele to chase the booming adult-use market. And in so doing, discouraging patients from entering the medical stream. 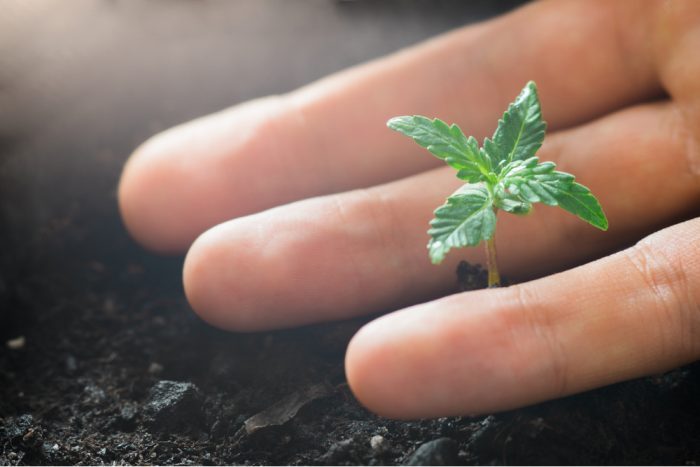 Patients are Independent and Proud of it

As one of our readers succinctly put it, “I don’t need a medical card for something that has been around since the time of humanity.” Many of you echoed this idea. That medicine should come from the planet, not from the pharmaceutical industry, and you don’t feel there is a need to get a piece of paper to allow you to take it.

Others have been growing their medicine for decades. Producing their own cannabis is a point of pride. They feel they have control over the final product (chemovar, cannabinoid ratios, form of consumption, etc.) in ways that the medical cannabis system takes away. Plus, if you grow your medicine, it’s often much cheaper.

As we originally suspected, many of you find that your physician simply wants to push pills on you. Instead of listening to your concerns, they ignore them.  As one commenter said, “I know my doctor is in big pharma,s [sic] pocket and always trying to push pills on me.”

This point rings true for many of you. The system has failed you enough times already, so you have taken control of your medicine.

As we’ve written about before, there is a rising tide of US veterans who are relying on cannabis to treat their medical issues. From lingering chronic pain to Post Traumatic Stress Disorder, cannabis has a lot to offer.

However, the US Veterans Affairs office is a federal institution, and therefore they cannot prescribe or talk about cannabis in any way, shape, or form.

Some of our veteran readers talked about this restriction. Because they receive their medical benefits within the VA system – they don’t have access to cannabis. In some states, veterans can access medical cannabis from outside the system, but may risk losing their benefits should a VA doctor report them.

The Doctor Claims There is a Lack of Research

It’s true that even if your doctor is a pro-cannabis doctor, he or she may be nervous because of the lack of clinical data. But that doesn’t mean there is a lack of research or a lack of evidence. Look at the tens of thousands of patients relying on cannabis today. There are also thousands of studies exploring cannabis and the human body. The most robust literature reviews and analyses have already determined there are few long-term health risks associated with cannabis consumption.

Many providers still prescribe opioids for pain, despite the evidence that they are incredibly dangerous, addictive, and fatal. So, it’s a bit confusing to hear that some doctors don’t want to recommend cannabis because they don’t have enough information.

Thanks for Your Honest Response!

When we first asked this question, we assumed many of you would say you didn’t have a pro-cannabis doctor. Now, with hundreds of responses, we have a better idea of why many patients continue to avoid talking to their doctor about cannabis.

For some of you, it’s about keeping out of the system altogether and growing your own medicine. For others, certain legal situations or regional regulations keep you away from legitimate medical cannabis programs. Still others want to save money in the long run.

Happily, we heard from people across the continent that pro-cannabis doctors are far more prevalent today than only a few years ago. Many of our readers spoke fondly about the willingness of their doctor to recommend and discuss cannabis as medicine. It’s a trend we can get on board with.