Science finds pro-metastasis vesicles of prostate cancer may be stopped by CBD and chemo.

Prostate cancer is one of the most common malignancies in men. It is also one of the leading causes of cancer death in the worldwide male population. Cannabinoids found in the cannabis plant (phytocannabinoids), as well as endocannabinoids, have been shown to inhibit prostate tumor cell growth and metastasis. One of the mechanisms through which cannabis achieves this is by causing cell death (apoptosis) of cancer cells. However, there are several other really fascinating ways that cannabinoids stop cancer cells. This means it’s quite possible CBD could shake up traditional treatments for prostate cancer and chemo.

Testing THC and CBD on Prostate Cancer During Chemo

Furthermore, another study demonstrated that CBD and non-THC cannabinoids CBG and CBC cause cell death via apoptosis in additional cancer cell lines, such as 22RV1 and DU-145. The effective dose of these cannabinoids was dependant on the cell line but was in the range of 5.7–10 µM. 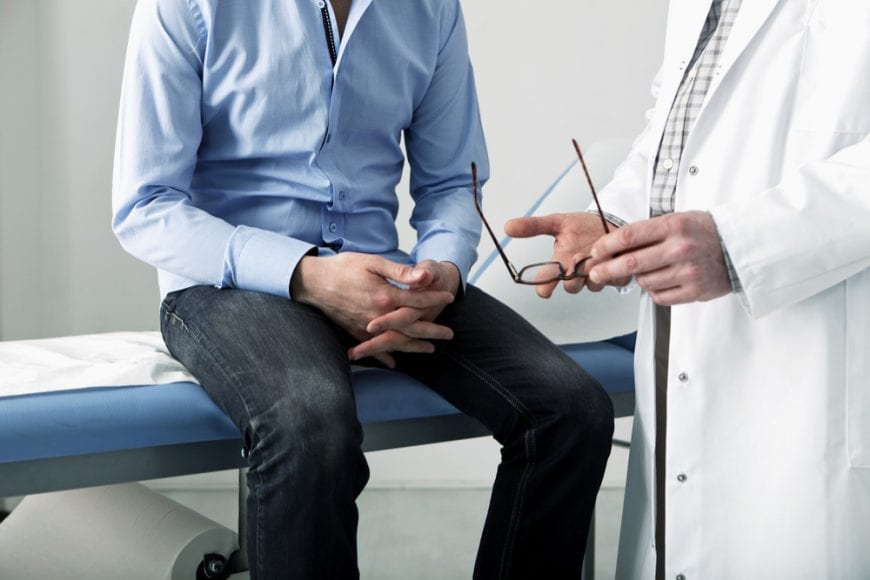 CBD And Chemo Together?

Interestingly, the body does not seem to convey the effects of CBD via cannabinoid receptor mechanisms. Rather, the scientists found the effects mediated through an ion channel, TRPM8. Furthermore, the investigators also assessed whether there was an interaction between CBD and known chemotherapeutic agents.

They looked at agents in routine use for prostate cancer, docetaxel and bicalutamide. The researchers found that in fact, under certain dosing regimens in DU-145 and LNCaP cells, they can work together to kill cancer cells. In these cases, the combination works better than what the medications do alone.

RELATED  Four Types of Cannabinoid Receptors And How They Work

The researchers first observed these beneficial prostate cancer cell apoptotic effects in vitro. Afterwards, the researchers tested whether the same effects take place in vivo. To accomplish this, the scientists implanted tumour xenografts into mice. These are tumours made from human prostate cancer cells. Here, they assessed the therapeutic value of both CBD alone, and in combination with the chemotherapeutic agents.

They found that CBD reduced tumour size and significantly enhanced the anti-cancer effects of bicalutamide, but not those of docetaxel. This suggests that there is a synergistic effect between CBD and bicalutamide and this could be a beneficial strategy in treating human prostate cancer. 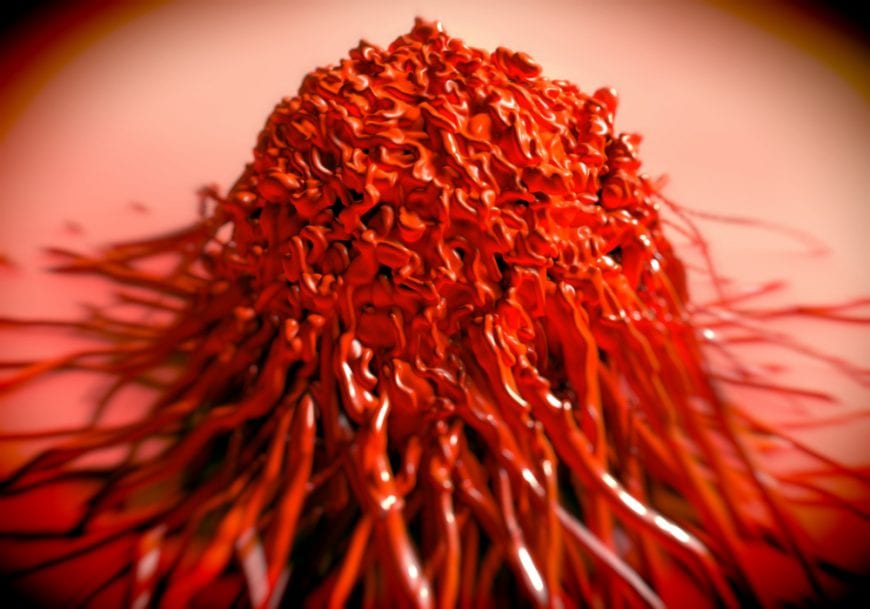 As research grows, more and more things we never knew become increasingly obvious. One example is this: cellular communication in normal and cancer cells is more sophisticated than researchers thought. One of the newly discovered mechanisms involves structures called exosomes and microvesicles, collectively referred to as EMVs.

These are small enclosed spheres that are released from the parent cell and carry various molecules to the recipient cell, regulating both physiological and pathophysiological mechanisms, including cell migration, differentiation and angiogenesis observed in cancer cells.

It’s like the head office cancer cell sending out a little starter kit to the next store in the franchise. And with that kit, it remodels the building and sets up pipelines to go to the next franchise.

In fact, it was shown that EMV shedding from cancer cells is used to shuttle chemotherapeutic drugs out of the prostate cancer cell, thus aiding in resistance to chemo. This in turn results in cancer cell survival. This research then suggests that inhibition of EMV release could be a solid therapeutic strategy. It would make the cells more susceptible to apoptosis.

One study investigated the ability of CBD to do just that – prevent EMV release by the prostate cancer cell line PC3. This study was the first to describe the novel anti-cancer mechanism of CBD that extends beyond inducing apoptosis. Before this point, scientists were unaware that CBD’s anti-cancer mechanism inhibits EMV release in prostate cancer cells. Thanlfukky, they found that 5 mM of CBD was the most effective inhibitor of EMVs and microvesicles of smaller sizes (100-200 nanometers in diameter), whereas a smaller dose of 1 mM was specifically targeting inhibition of larger vesicles (201-500 nanometers in diameter).

If nothing else, the discovery that CBD modulates the transport of exosomes and microvesicles is a huge leap forward.