Can Cannabis Skin Care Work For Psoriasis And Eczema Treatment?

Cannabinoids have potential to manage skin disorders associated with inflammation.

Skin is enjoying a moment in the spotlight with some important pre-clinical and small clinical trials relating to cannabis medicine. Some dermatologic diseases are inflammatory in nature (eczema, psoriasis, acne and dermatitis), which makes these good candidates for therapy with cannabinoids. Cannabis — in particular non-intoxicating compound CBD — has a powerful anti-inflammatory effect.

Other diseases of the skin, such as skin cancer, occur through disturbances of different cellular mechanisms, but cannabinoids have promising pharmacotherapeutic effects here as well. Pharmacotherapeutics is the study of the therapeutic uses of drugs as well as the benefits and adverse effects of said drugs. 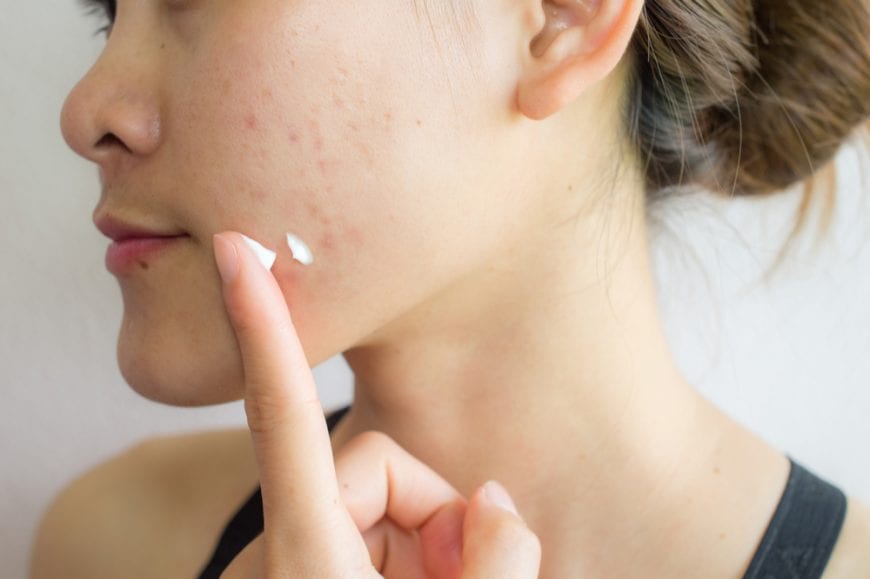 Here’s the latest in cannabis and skin research:

Acne is a condition characterized by red pimples dotted around the face and tends to afflict teenagers. A specific cell type, called a sebocyte, is responsible for the production of sebum. It is the dysregulation of sebum production that leads to acne. It has been discovered that sebocytes contain CB2 receptors, but lack CB1 receptors. These cells also have endocannabinoids that are involved in increasing lipid production (which leads to acne) and causing the death of the sebocyte (which reduces acne) — both through CB2 receptor signalling. Lipids, or fats, can cause acne. This is why the skin condition has links to a poor and grease-heavy diet.

Another group of researchers found that the cannabinoids: CBC, CBV and THCV, all reduced lipogenesis in sebocytes and demonstrated anti-inflammatory properties. Finally, the most direct evidence came from one small single blinded comparative study. It found that a three percent cannabis extract cream used on the face for twelve weeks significantly decreased sebum levels in comparison to a control non-cannabinoid cream. It also reducing the swelling that is accompanied by acne.

Contact dermatitis is an itchy, red, rash following the patient touching an item they’re allergic to. This can be anything from metal to latex. Cannabis could have beneficial effects in this case because inflammation is at the root of contact dermatitis. The medicinal plant also has strong anti-inflammatory properties.

To date, pre-clinical studies indicate that CB2-selective antagonists, like CBD,  decreased inflammation in a mouse model of allergic contact hypersensitivity.

One of the most common manifestations of eczema is a very persistent itch of the affected area. The endocannabinoid anandamide has been shown to have anti-itch properties, through interaction with its cannabinoid and vanilloid receptors in skin cells, called keratinocytes. Anandamide is responsible for “runner’s high” and is our body’s toned-down version of THC.

Another study — published in the British Journal of Dermatology (2014) — described the effect of THC in reducing eczema symptoms. The intoxicating compound did so through decreasing the production in keratinocytes — molecules involved in inflammation. Anti-inflammatory properties of cannabis make it a very promising pharmacotherapeutic for eczema.

This skin condition speeds up the life cycle of keratinocytes. It leads to accumulation of dead skin cells on the surface, resulting in redness, itchiness and sometimes pain. Cannabinoids have shown significant promise in treating psoriasis, by preventing the accumulation of dead skin cells. Cannabis also has immunomodulatory effects that ultimately lead to a reduction in inflammation, and thus less redness and itching. Doctors suggest CB1 slows down the excessively fast life cycle of keratinocytes grown in a petri dish. 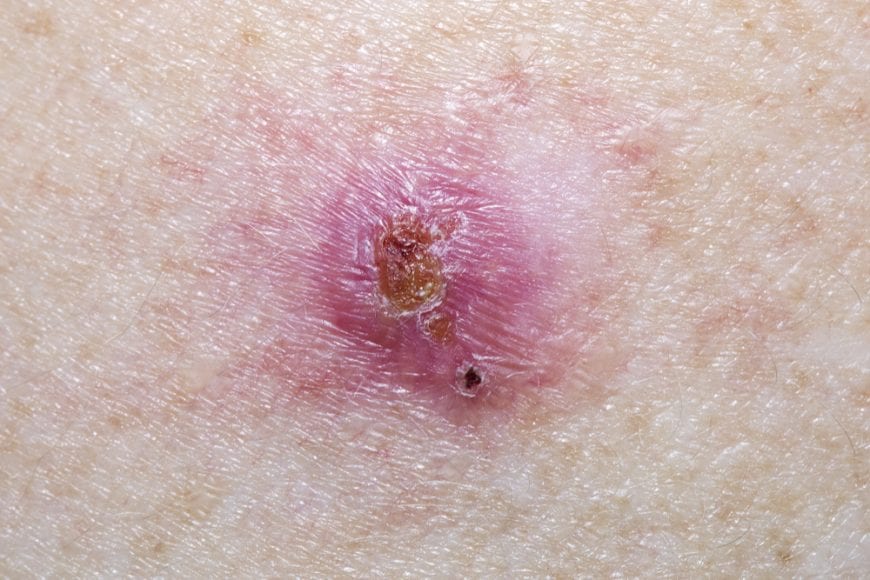 In order for cannabinoids to therapeutically help skin cancer, the cancer has to have receptors available for binding. The binding process creates cancer cell death. Indeed, both melanoma and non-melanoma cancer cells express CB1 and CB2 receptors. And one study, published in the Critical Reviews of Oncology & Hematology (2012), argues for a more prominent role of CB2 in anti-malignancy actions of cannabinoids.

Activation of cannabinoids receptors, and CB2 receptors in particular, leave skin cancer cells incapacitated, while leaving the normal healthy cells intact. Treatment of melanoma cells with THC leads to cancer cells committing suicide, and treatment with Sativex-like mixture of 1:1 THC and CBD has shown great ability to inhibit the viability of melanoma cells.

Preliminary evidence is plentiful. It points to the great potential of cannabis to treat inflammatory skin conditions; and even skin cancer. Development of cannabinoid-based pharmacotherapy will entail more rigorous well-designed studies that will establish their efficacy and safety profiles.