It’s long been known that cannabidiol (CBD) is an effective way to help tobacco users quit smoking cigarettes and stay clean. For example, a double-blind, placebo-controlled, study published in Addictive Behaviors (2013) concretely demonstrated that smokers who used CBD vapes cut down their cigarette consumption by forty percent. While the study received a few headlines, many people simply shrugged it off as another ridiculous cannabis claim. Why? Because scientists couldn’t explain why it worked.

CBD just made smokers want fewer cigarettes — there was no explanation of the underlying causal mechanism. But medical researchers kept working on it, and thankfully, a new study, from Brain, Behavior and Immunity (2019) [1]Saravia, R. et al. (2019). Anti-inflammatory agents for smoking cessation? Focus on cognitive deficits associated with nicotine withdrawal in male mice. Brain, Behavior and Immunity. 75: 228-239. … Continue reading has finally been able to provide a detailed explanation for why cannabis helps people quit smoking. 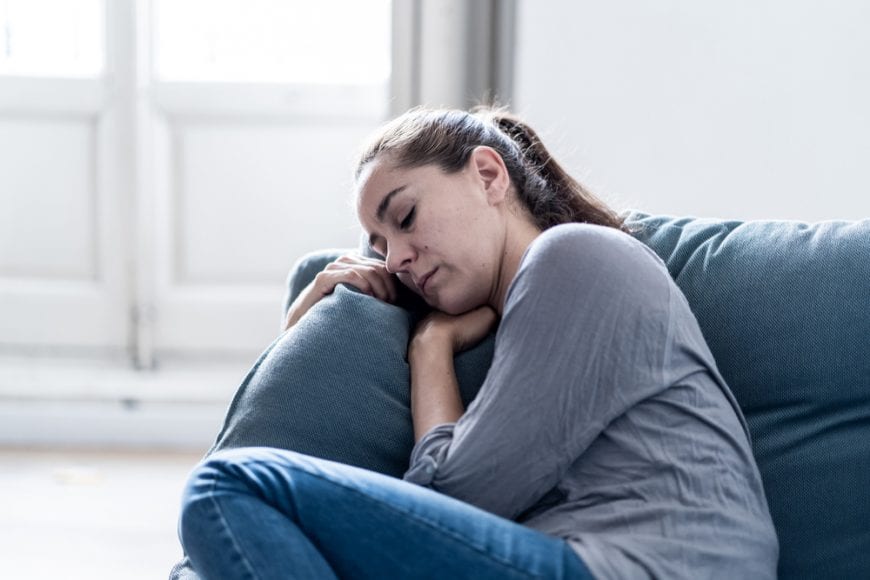 Why it’s Hard to Quit Smoking

To understand why CBD can help people overcome cigarettes, it’s important to know why people find it so difficult to quit in the first place.

Nicotine is highly addictive, but it’s hardly the most addictive substance out there. It’s also legal, easily obtainable, and for a large portion of the population, downright cool. All of that works against quitting. Yet those aren’t the primary reasons why it takes many people thirty attempts before they break the cycle.

When people quit smoking, they experience nicotine withdrawal. Its symptoms include cognitive deficiencies, a reduction in short-term working memory, and episodic memory lapses. In other words, the withdrawal rots your brain.

Recent quitters are understandably frustrated by the body’s cravings for nicotine, and then further agitated by their brains, which suddenly function at a lower level.

As a result, new ex-smokers get fed up and make bad decisions — such as starting again. It’s easy to do when a better memory and a smarter self is just one cigarette away.

Coping with withdrawal, more than all other factors, is what keeps people hooked on tobacco.

The Brain During Nicotine Withdrawal

When a smoker stops nicotine, a number of changes occur in the brain that cause the poor memory performance and cognitive decline.

First, the sudden reduction in nicotine causes microglial activation to occur. If that term is familiar, it’s because it’s linked to nearly every brain disease that exists. It plays an important role in the development of Parkinson’s, Alzheimer’s prion diseases, HIV-dementia and more, according to research from Current Medicinal Chemistry (2007). [2]Dheen, S. et al. (2007). Microglial Activation and its Implications in the Brain Diseases. Current Medicinal Chemistry. 14(11): 1189-97. https://www.ncbi.nlm.nih.gov/pubmed/17504139. In layman’s terms, microglial activation is brain inflammation. Microglia are immune cells, the parts of the central nervous system that clean up brain damage. When they become activated, they’re working overtime — and can cause impairments while they go about their business. It’s almost like they’re taking parts of the brain offline to get de-bugged.

Secondly, the brain’s cytokines become inflamed. Cytokines are important signaling pathways, that make sure the different regions of the brain can talk to each other and the rest of the body. When they get agitated, their functionality drops. The brain is unable to transmit signal efficiently, which can lead to memory gaps or the tip-of-the-tongue feeling that accompanies short-term recall problems.

Finally, nicotine withdrawal causes a reduction in neurogenesis (the process by which new brain cells are created). This is a secondary result of activated microglia and agitated cytokines. Without neurogenesis, the brain slows down.

So how does cannabis help all that? Because cannabis is a potent anti-inflammatory that functions through the human endocannabinoid system, a bulk of which resides in the brain. Cannabis is especially geared to soothing brain inflammation.

The new research shows, without a doubt, that CBD use stopped the cognitive deficiencies and memory problems that plagued most cigarette users. It was the primary variable that helped them quit smoking.

How to Quit Smoking with CBD

There may be many ways that cannabis can help people quit smoking — there are cannabis-infused cigarettes and CBD cigarettes and various other anti-tobacco novelties — but this article will focus on what has been backed up by science.

The studies cited above, as well as 2018 research published in Addiction [3]Hindocha, Chandni et al. (2018). Cannabidiol reverses attentional bias to cigarette cues in a human experimental model of tobacco withdrawal. Addiction. Published online. … Continue reading showing that CBD can curb cigarette cravings by making smoking triggers easier to ignore, all used specifics to get results. So, let’s stick to what we know works.

First, the studies used CBD only. There was no THC or full-spectrum cannabis. So, while cannabis containing CBD could bring the same benefits, science has yet to confirm that. If you’re going to follow evidence-backed rules to kick the cigarette habit, it’s CBD all the way.

You Also Have to Want to Quit

Second, all tobacco users in the studies were trying to quit smoking. If your plan is to simply take CBD and hope you cut down on the Marlboros, you won’t get the full effect. CBD helps manage the symptoms of withdrawal, so you’ll actually have to go through withdrawal in order to see the benefits.

Finally, this study features CBD in large doses. Here’s where things may need to deviate. An 800 mg dose of CBD, like the ones given to volunteers in the Addiction study, is perfectly safe. But it’s also a lot of CBD, especially for someone who has never tried it before. It might induce sleepiness (this may have been the idea – the researchers administered the CBD at night before bed).

RELATED  Are Lungs of Cannabis Smokers Good to Donate?

The usual advice for any cannabis product is to start with a small amount and build up. For smoking cessation, however, it might be better to start higher. Still, 800 mg is an awful lot if you’re not taking it before bed. So, stick with a high dose before sleep or start low (maybe with 50 mg) and see how it goes. You can always take more if you need to.

It’s hard to quit smoking, but cannabis can put the goal within reach.