Can Your Reduce Your Prescriptions by Choosing Cannabis?

Instead of ten pharmaceuticals that treat the emerging side effects of the pill before, what can cannabis do?

As health insurance costs continue to rise and working wages stay flat, any plan to save money is tempting. For some, a great way to tighten the purse strings is to reduce your prescriptions. Fortunately, cannabis may be the perfect way to reduce your pill intake from 10 medications to just one.

New research from The Journal of Alternative and Complementary Medicine found that as people consume more medical cannabis, they take fewer pills. Certainly, that means fewer over-the-counter medications, such as Tylenol and Pepto-Bismol. But, it also means fewer prescription pills, which is where the real costs are.

The Savings are Real

This isn’t breaking news. Researchers found evidence that medical cannabis lowered prescription drug use way back in 2013, when Medicare saved $165.2 million thanks to the passing of medical cannabis legislation in 17 states. The researchers extrapolated the data and estimated that if all 50 states had implemented similar weed laws, Medicare would have saved $468 million that year alone.

This research was published three years ago. It looked at ailments that medical cannabis was legally allowed to treat them: anxiety, depression, psychosis, sleep disorders, glaucoma, nausea, pain, seizures, and spasticity. Today, there are far, far more. And because people can buy cannabis over-the-counter, the likelihood that cannabis is reducing our pill consumption by lowering purchase of other over-the-counter drugs is exponentially higher. Moreover, this lowers the need for trips to the doctor, which further lowers overall healthcare costs. 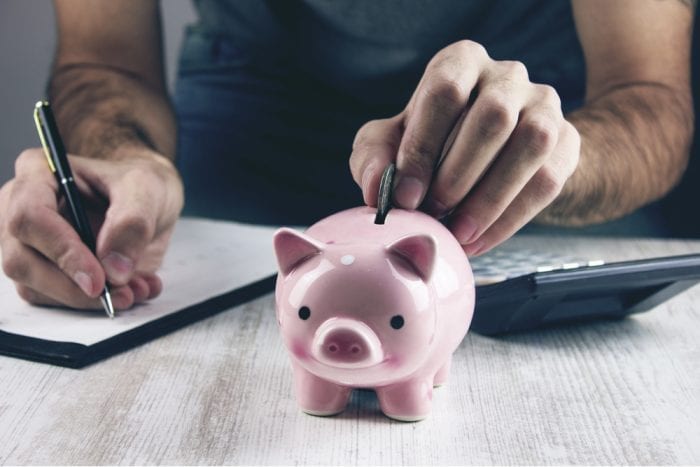 Of course, cannabis isn’t free. But, compared to some prescription drugs, it is a lot easier to financially manage. Prescription drugs are breaking the bank. In the past six months, drug prices have risen four times faster than inflation. And these increases show no sign of slowing down.

It’s an issue that’s caught the attention of President Donald Trump — and one that boosted his 2016 campaign — but so far, his abilities to halt the increase haven’t amounted to much. He Tweet-shamed Pfizer into delaying a price increase, but that’s hardly a win — especially for those with chronic conditions. A delay is not the same thing as a policy change or a cap on drug prices.

The administration keeps making hay out of drug price increases, but does little in the way of actually putting forth policy. The majority of Americans would no doubt be in favor of lowering the sky-rocketing prescription prices, but that may not happen under Trump. The least this administration could do, then, is to not stand in the way of cannabis laws. If the pharmaceutical price is non-negotiable, give us an alternative.

Medical cannabis laws wouldn’t just lower the healthcare costs for millions of Americans – these laws could also save lives.

If you could reduce your prescriptions, you might find that your overall health is better, as well. Many former opioid users have made the switch to cannabis for chronic pain relief and discovered not only that their pain is alleviated, but that their quality of life has risen, too.

Why? Because cannabis isn’t addictive in the same way that Fentanyl and other opioids are. It doesn’t cause the same sorts of withdrawals. And it doesn’t lead to the pre-mature deaths of thousands from overdosing.

And that’s just one drug. Cannabis causes very few side effects. CBD causes just one: sleepiness. So for patients who are able to make the switch from medications that interfere with their quality of life through side effects and withdrawal symptoms, such as excessive headaches, sweating, diarrhea, hallucinations, and upset stomachs, medicinal cannabis provides a richer quality of life.

How to Reduce Your Prescriptions

Medical cannabis can cut out a great variety of medications. While it’s always a good idea to talk to your doctor before switching medicine, it’s also valuable to do your own research into cannabis-based therapy. Many doctors are not well-versed in the benefits of this plant.

The most common drugs to be replaced with cannabis are: narcotics and opioids, anxiolytics and benzodiazepines, and antidepressants. But that’s just the tip of the iceberg.

Research is ongoing in the following areas: 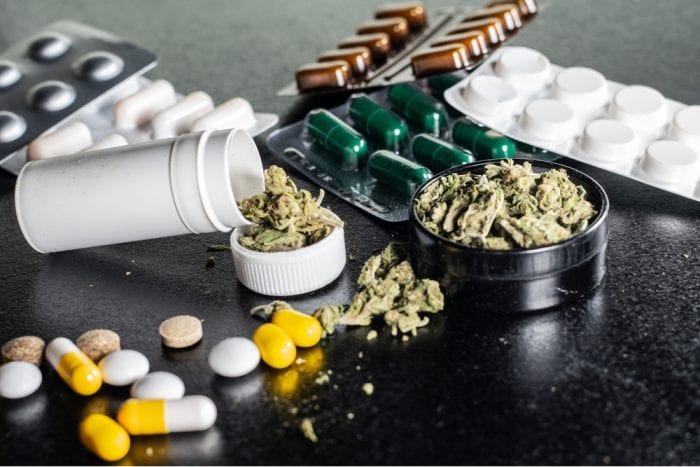 Should You Make the Switch to Cannabis?

It’s important to remember that while cannabis can help all of these conditions, it’s not always a perfect substitute for medication. For some ailments, like pain and nausea, cannabis can completely replace your daily regimen of pills. For other diseases, like diabetes or cancer, that’s not the case. But that doesn’t mean you can’t save some money while improving your quality of life.

Cannabis may effectively complement the effects of medication, potentially allowing you to reduce your prescriptions for pharmaceuticals. And you might find that you feel healthier and happier along the way.

In all cases, you’ll want to slowly add cannabis treatment to your therapeutic routine. Start with a small amount and see how it affects you. If you feel better, try adding more. Experiment with different delivery systems and try new strains. Before long you’ll know exactly what cannabinoid ratios, consumption methods, dose, and consumption schedule works for you. And have a little extra money in your pocket to boot.