New Pet Parents: Our Rescue is Ruining Our Life! Have You Tried CBD?

If your new rescue is ruining your life with extreme behavior, CBD may help calm anxieties so that better habits can be taught.

Increasingly, rescue dog owners are turning to CBD products to help their anxious canine friends adjust and thrive in their new, more supportive environments. These animals commonly suffer from anxiety, separation issues, and aggression problems, all of which are governed in part by the canine endocannabinoid system. CBD may counter many typical rescue dog disorders. It does so by interacting with the cannabinoid receptors in the brain and exerting an influence powerful enough to let training take over – and stop your rescue from ruining your life on the way to saving its life.

True Story: “Our Rescue is Ruining Our Life!”

Josh is a 39-year-old production assistant. He and his roommate both work full-time in Atlanta’s film industry. After a full day on set, they longed to come home to a little companionship. So, they partnered with a local rescue group and agreed to take in a two-year-old terrier mix whose previous owners had beaten and neglected her. It was a great idea — at first. Joy brought life to the house. She was rambunctious and extra-cautious, but her bright eyes and wet nose made up for the occasional bad spell.

Then the other paw dropped. She started snarling at her owners at dinner time. Someone going near her food bowl, even on the way to the bathroom, would raise her ire. She grew more aggressive in other ways, too.

But as bad as it got while they were at home, she was even worse when they left. A day at work for Josh meant a day of barking and house-destroying actions at home. She ate everything – from dog food to Oreos to laundry. Something had to be done. They contacted the rescue group and tried cage-training, which limited the destruction Joy caused, but didn’t solve her underlying anger or anxiety issues.

Then, on a friend’s advice, Josh tried CBD. 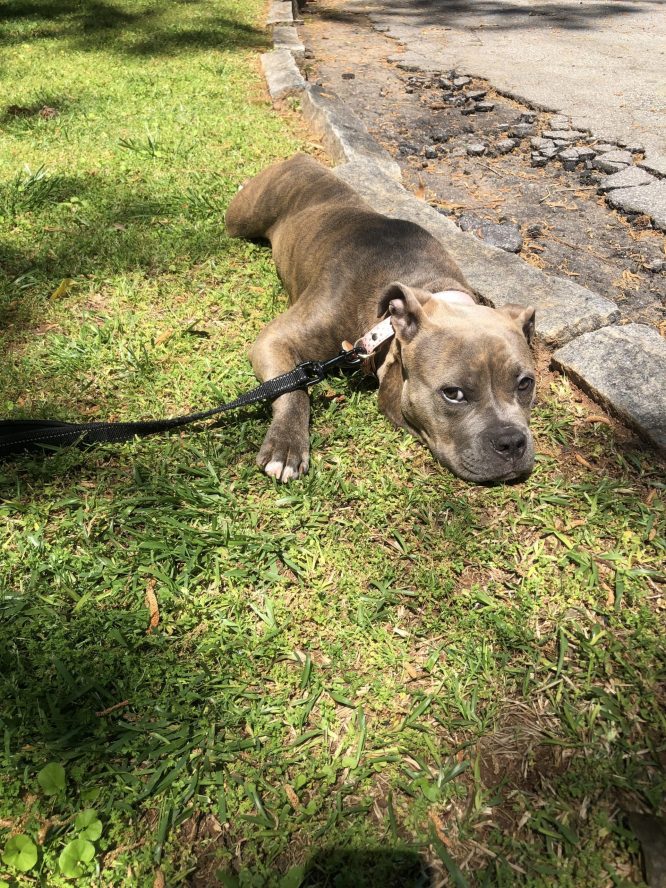 Joy having some relaxation at the park.

He ordered a pack of CBD-infused dog treats for Joy, and began mixing them into her food in the morning.

An Important Note on Legality

It’s worth noting that for companies to add CBD to any foodstuffs is currently illegal in the U.S. – including dog treats. Under “Section 301(II) of the FD&C Act, it is prohibited to introduce into interstate commerce any food (including any animal food or feed) to which has been added a substance which is an active ingredient in a drug product.”

So far, the only consequence of this has been the FDA issuing warnings to food manufacturers who make health claims about the CBD in their products. Still, might be good to avoid the hassle if you can because this can be worked around by adding CBD oil as a post-market consumer. Make your own pet treats! This is legal, assuming CBD oil is legal in your jurisdiction. If you’re unsure about the CBD legality in a certain state, check the current bylaws.

Today, veterinarians are much more likely to consider CBD for dogs than ever before. The education and research is catching up to modern veterinary practices. So, if you’re interested in trying CBD with your pet, speak to your vet about it first.

After CBD: The Change in Joy

Overnight, Joy began to change. The food aggression died down. The hostile barking petered out. The all-out eating frenzies subsided. Best of all, the new medication primed the dog for the real work — the training that nearly all rescue dogs need.

Instituting a new training regimen – especially in older dogs – is tough enough. But correcting years of poor behavior is a massive undertaking. Yet, with a little bit of CBD Joy was calm enough to start the work. Her crate training went much smoother. She could stay for a few hours while her owners were at work without incident. When she was out of her cage, her outbursts were more contained.

Why CBD from Hemp May Work for Dogs

CBD functions in dogs in much the same way in works in humans.

But, compared to their owners, dogs have many more cannabinoid receptors in their brains, according to research published in The Canadian Veterinary Journal (2016). Low doses of cannabinoids, like CBD, pack a potent punch for canines. Owners should, therefore, be careful about dosing their dogs. [1]Gyles C. (2016). Marijuana for pets?. The Canadian veterinary journal = La revue veterinaire canadienne, 57(12), 1215–1218. https://www.ncbi.nlm.nih.gov/pmc/articles/PMC5109620/

Watch for side effects, like vomiting or diarrhea. Consult a veterinarian if any changes occur.

RELATED  Trump on Cannabis and Does it Matter for the Election?

The increased cannabinoid receptor count also means that dogs are especially primed to benefit from CBD. It seems to function in canines in much the same way it can in humans: producing anti-inflammatory effects, calming and stabilizing moods, and easing anxiety. For dogs, this may mean snuffing out the separation anxiety that many abused or neglected dogs suffer from. It may help end food aggression and destructive behaviors.

Science backs that up. A study published in Neuropsychopharmacology (2018) found that CBD reduced impulsive behaviors, lessened anxiety, and countered addiction in animals. According to the study, the endocannabinoid system in dogs plays a big role in modulating the aggressive and anxious behaviors they display.[2]Gonzalez-Cuevas, G., Martin-Fardon, R., Kerr, T.M. et al. (2018). Unique treatment potential of cannabidiol for the prevention of relapse to drug use: preclinical proof of … Continue reading When outside cannabinoids can restore the endocannabinoid system to its preferred functionality, the dog’s moods and emotions even out.

They become ready to be part of a family, or pack, again. 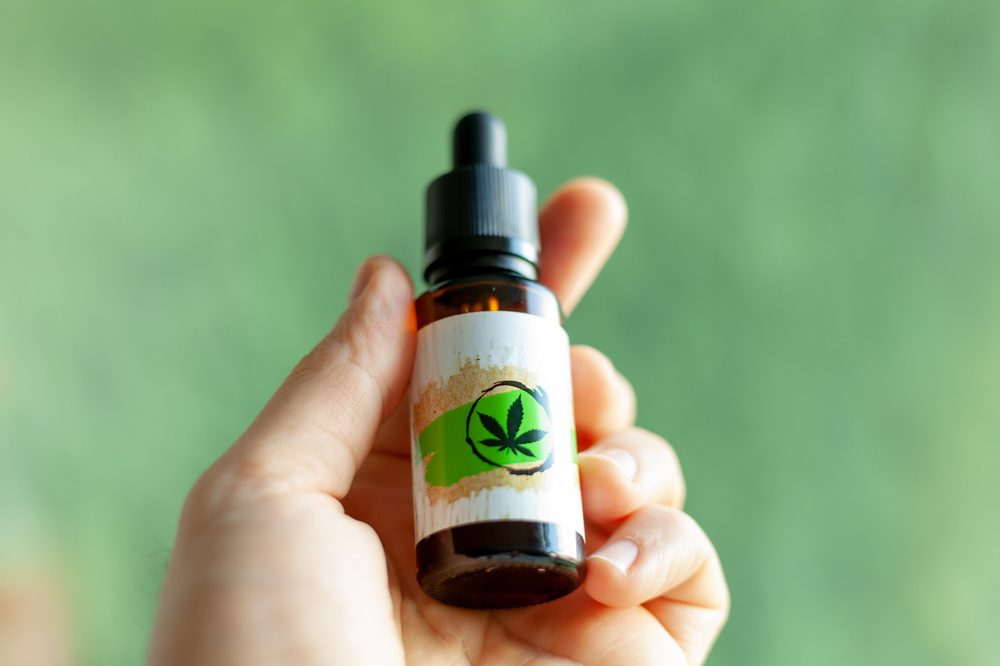 How to Dose CBD in Dogs

It’s important to talk about THC in the context of CBD because some products that say “CBD only” have been found to contain THC. That’s why choosing high-quality, third-party tested, CBD products is vital. Further, it’s also important to recognize the behaviors of THC overdose in dogs.

A typical human starts with 10 mg of CBD as a small test. For a dog, that can be far too much. While owners should choose CBD products wisely (and be sure any medicine you buy is third-party verified), a good rule of thumb is to start dogs with .2 mg of CBD per pound. For a 10-pound dog, a 2.4 mg dosing should be sufficient.

RELATED  How Patients Use A THC Patch

Joy is still a work in progress, but it’s a night-and-day difference from the dog she was. And her owners suggest the explanation for her shift toward a more positive direction in life can be traced straight to CBD.