Research ethics are the foundation of advancements in medicine. It’s important that cannabis get the same treatment.

In May, the Canadian government announced a new round of funding for cannabis research. On top of former research projects, Canada now has an additional $25 million in grants for ongoing research – a drastic difference from their southern neighbors. Although the majority of American states have access to medicinal cannabis, its federal criminalization of the plant means it lags far behind global research leaders like Canada. It remains next to impossible to fund cannabis research in America. American pharmaceutical companies and university research centers are eager to study the plant but grappling with the bureaucratic nightmare. With millions of Americans already using medical cannabis for a variety of ailments without a clinical body of evidence, it’s now a matter of research ethics. Shouldn’t we study the therapeutic properties of the plant if so many already take it?

Canada’s announcement is the envy of American companies, which have been trying to study the Schedule I plant for decades. Despite federal restrictions, many research centers and pharmaceutical companies are working with loopholes. This is problematic for research ethics in cannabis.

There are over 30 states with medical cannabis legislation, ten states that allow for recreational adult consumption, and a handful of others with low-THC options. Yet, at the federal level, cannabis is still considered a Schedule I drug.

As per the federal scheduling: “Schedule 1 (I) drugs, substances, or chemicals are defined by the federal government as drugs with no currently accepted medical use and a high potential for abuse. Schedule 1 (I) drugs are the most dangerous drugs of all the drug schedules with potentially severe psychological or physical dependence.” Other Schedule I drugs include methamphetamines and heroin.

In other countries like Canada and Israel, cannabis pharmaceuticals are widely available. These products have been approved through traditional channels to treat specific medical conditions. One example is Sativex, approved for use for neuropathic pain, spasticity, overactive bladder, and other symptoms of multiple sclerosis.

Until 2018, the FDA had not approved any pharmaceutical preparations of cannabis. That all changed when they approved Epidiolex as a treatment for drug-resistant pediatric epilepsy that year. Their approval forced the Drug Enforcement Administration (DEA) to reschedule cannabidiol (CBD) to a Schedule IV substance, which means “a low potential for abuse and low risk of dependence.”

No Progress for Research Without Ethics

But research remains stunted. The traditional research channels all flow through the National Institute on Drug Abuse (NIDA), which only has a tiny budget set aside for cannabis. And this budget has typically focused on the adverse effects of cannabis, rather than its therapeutic applications.

Furthermore, when studies are approved through the NIDA, there are serious issues with the single-supply source. The handful of strains that America’s only cultivation facility (in Mississippi, oddly enough) can provide are not representative of the potencies and strains available in legal markets. Some earlier reports highlight issues with mold, as well. And the quality is closer to brick weed, rather than top quality research cannabis.

With roadblocks for the conventional research channels, US-based companies are seeking alternatives. While there may be nothing wrong with circumventing certain aspects of the research cycle, businesses must be careful to continue following principles of research ethics. Some are concerned that without going through federal channels, these companies won’t follow federal ethical regulations.

Using Synthetics to Study the Effects of Cannabis

Historically, many cannabis research projects have relied on synthetic cannabinoids. The FDA long ago approved synthetic cannabinoid products, including Dronabinol and Nabilone. Both of these substances are created in laboratories and lack the complicated chemical profile of cannabis. Instead of having dozens of cannabinoids and terpenes, they are just a single compound – typically, synthetic THC.

Patients don’t use synthetic cannabinoids in legalized states. They often prefer real cannabis above the synthetic options because the latter are more effective. Synthetics are not an adequate swap for the real deal, and they don’t represent real-life applications.

What About Moving Research Hubs into Canada?

Another way American companies are circumventing federal regulations is to move their projects into Canada. This is certainly better than using synthetic cannabinoids. At the very least, codes of research ethics are easily transferable from a US project to a Canadian one.

For companies based in legal states, research often isn’t an issue. With outside funding (ie. non-federal), many research centers are able to work on cannabis projects. While federal regulations prevent most federal funding from helping unapproved cannabis research, it doesn’t stop centers in California, Oregon, and New Mexico (among others) from leaping at the opportunity. 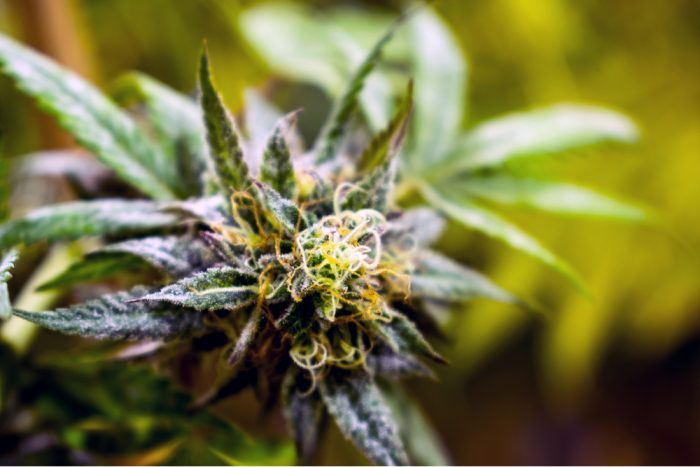 Working at a state level instead of a federal level also guarantees access to better plant samples. No more low-THC, low-complexity dry herb! Instead, researchers can pull straight from the commercial or medicinal markets for realistic product samples. As a bonus, they can use concentrates, edibles, vapes, and more.

If the US government isn’t careful, they’re quickly going to fall behind other countries when it comes to cannabis research. Medicinal cannabis has immense potential for economic impact, and the US has thus far failed to step up, causing some companies to sacrifice research ethics. Countries like Canada will continue to benefit, as US companies go North to seek a quality supply and federal approval.