A recent study found that cannabis can reduce brain damage from meth – BUT don’t take them together.

Brain damage from meth is one of the devastating effects of methamphetamines on the body. The changes — brought on by meth — to cognitive abilities, behavior, mental health, and physical health are disturbing and well documented. Quitting the drug can reverse some of this damage. But, some of the harm caused by the destructive drug can also be long-lasting or permanent.

Through tests on lab mice, research is showing that cannabis might be able to reduce the harmful effects of meth on the brain. This could signal a possible step in rehabilitation for meth users.

What Meth Does to the Brain

The brain damage resulting from meth use is often severe. It’s highly addictive, and chronic use can result in violent, psychotic, behavior. The drug is especially addictive because of its effects on the brain’s reward center, the limbic region. This area controls craving, reward, and emotion. Over time, damage to this region results in depression, anxiety, and an inability to concentrate.

In a high resolution M.R.I. study, scientists discovered extensive damage to the limbic region resulting from meth use. They saw a tissue loss of eleven percent in the brain of a meth addict. But that’s not the only part of the brain affected. The hippocampus — where the brain stores and remembers new information — also loses a significant amount of tissue. The same study found white matter to be inflamed.

Meth also causes a decrease in neurons in the central nervous system (CNS). This neuronal death results in that tissue damage to the limbic system and hippocampus. It can also result in changes to the striatum, the parietal cortex, the frontal and prefrontal cortex and the cerebellum.

Research has shown that meth does particular damage to the brain’s dopamine receptors. The drug causes a surge in these receptors, giving the consumer a feeling of euphoria. But over time this causes serious cognitive damage — some of which could be permanent. Long-term meth users can lose their ability to feel any pleasure at all. Some of this brain damage from meth is similar to that caused by a stroke or Alzheimer’s.

RELATED  CBD Tolerance Is A Big Health Concern in Extracts 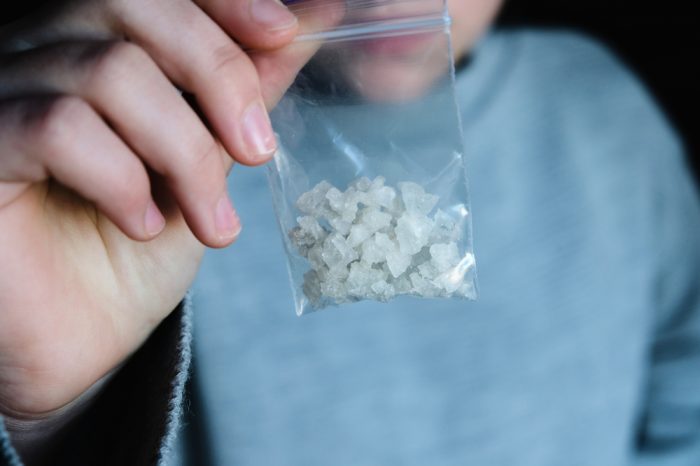 How Cannabis May Help Reduce Brain Damage From Meth

The study, published in PLoS One (2014), showed that tetrahydrocannabinol (THC) exerted neuroprotective effects on the brain. The researchers wrote, “we showed that THC, the principal constituent of cannabis, attenuates the neurotoxic effect of meth by reducing two markers of neuronal damage.” They added that the neuroprotective effect was likely mediated by the cannabinoid’s anti-inflammatory properties.

Heavy consumption of meth increases neuronal nitric oxide synthase (nNOS) activity in the brain. This is what causes the cell damage that so closely resembles Alzheimer’s or a stroke. Through this study, researchers learned that THC reduces this increase in nNOS activation. Thus, THC may protect the brain from some serious damage.

How does THC do this? It works through the neuronal CB1 receptor. Basically, the CB1 receptor plays a key role in regulating nitric oxide synthesis. Too much nitric oxide causes neurotoxicity. This meth-induced effect is what causes all sorts of bad things to happen inside the brain. These include, neuro-inflammation, damage to dopaminergic and serotonergic terminals, and neuronal death. These, in turn, result in a significant loss of brain tissue.

The researchers also noted that activation of CB2 receptors may also reduce inflammation. This may result in less tissue damage. More research is needed to ascertain whether or not THC can help reduce inflammation in the brain, but the authors noted a likely role.

It’s important to remember that the study did not recommend consuming cannabis and meth together. Such a combination actually worsens mental health problems. But the ability of THC to inhibit nNOS expression through CB1 mechanisms is a ground-breaking discovery. While this was a small, preclinical, trial performed on mice, the information should prove helpful. Reducing the damaging effects of meth on the brain could aid in rehabilitation efforts. 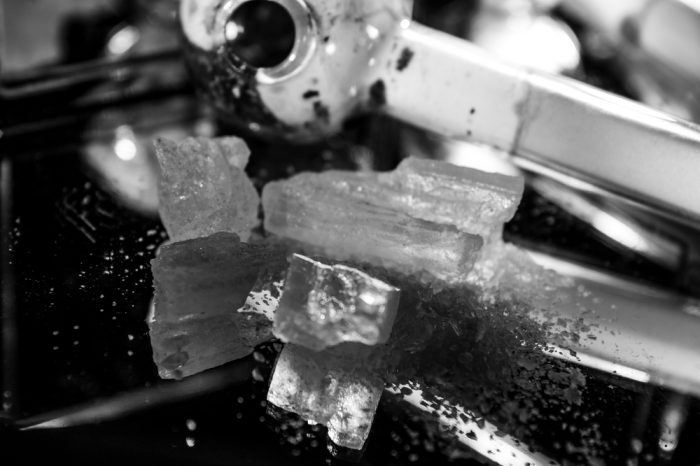 What About CBD? Could it Help in Meth Rehabilitation?

There has now been more research on how CBD can potentially treat addiction. A 2018 study showed that CBD reduced drug-seeking behavior in mice. The rodents also exhibited reduced anxiety and were less prone to impulsivity.

By creating surges in dopamine levels in the brain, meth creates an addictive cycle by skewing reward circuitry in the brain. It causes a rush of euphoria. But as the drug wears off, meth abusers become depressed and apathetic, igniting that desire for more meth.

In another study published in the Journal of Psychopharmacology (2018), CBD actually reduced meth reward signaling in rats. This could be especially helpful for interrupting meth’s addictive cycle. However, the dosage for the animal study was significant. To replicate this effect in humans would require an incredibly high dose of CBD.

While these studies are animal-based and preliminary, the results are compelling. Continued study could potentially position cannabis as a vital aid in curbing the epidemic of meth abuse worldwide.

Can Changes In Speech Patterns Be Used As A Sobriety Test?