Cannabis Ruderalis: Mother of the Autoflower

Cannabis ruderalis is seen as scrubby plant, but it has importance as an ancient medicine and the foremother of all things autoflower.

The lowly Cannabis ruderalis has an important history as an ancient medicine and, in modern times, has helped advance growing techniques. It’s time it earned some respect.

What is Cannabis Ruderalis?

Short and stocky with few branches and small leaves, C. ruderalis does not achieve the same height of its cannabis cousins. While it shares the same genus with Cannabis indica and Cannabis sativa, this plant is definitely its own species.

Cannabis ruderalis gets its name from the Latin term rūdera, meaning rubble or lump. A ruderal species is one that has colonized a section of land after a disturbance such as fire or avalanches. Whatever the catalyst for the proliferation of Cannabis ruderalis, there were sightings of it growing wild across vast sections of Eastern Europe, Russia, and Central Asia.

The genetic imprint of this strain would later colonize the west too. As the counterculture movement escalated during the disturbance that was the Vietnam years, true to its nature, the genetics of this species of cannabis infiltrated the hills and mountains of the west coast U.S. in a very subtle way.

Flowering Based on Time

Encoded into the seeds of C. ruderalis plants is a unique adaptation that redefined how humans grow modern cannabis. Where other species of cannabis will flower based on photoperiod (light cycles), C. ruderalis flowers grow based on time. This means that ruderalis varieties will begin to flower after a certain amount of time regardless of light cycles. Enter the auto flower seed.

This unique ability arose because C. ruderalis evolved to thrive in regions where summers were short, nights were cold, and where there was less available light year-round. C. ruderalis is popular for these hardy genetics and these are something growers were quick to pounce on.

By crossing C. ruderalis with Cannabis sativa, growers were able to subtly incorporate much of its beneficial genetic properties. The primary benefit was autoflowering seeds. 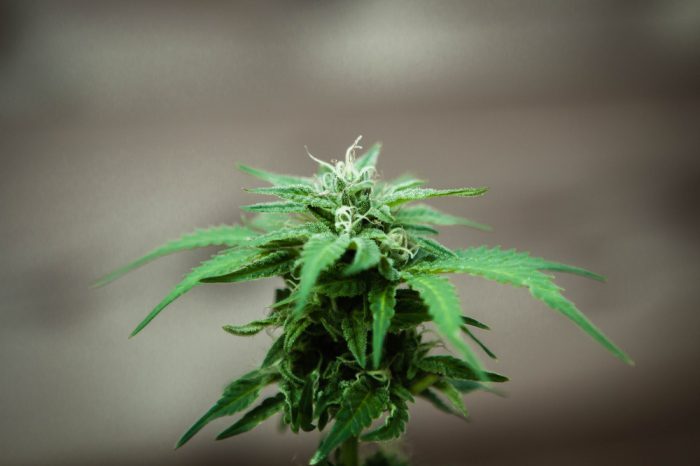 Autoflowers are fast-growing and typically begin to flower after only twenty days. They don’t require the strict light cycles that other chemovars do. They also finish quickly, providing growers with the ability to go from seed to harvest in an average of ten weeks.

Many popular autoflowers also maintain the genetic imprint that creates the compact size of ruderalis plants. This feature has become attractive to many indoor growers who worry about real estate.

By crossing C. ruderalis with already potent chemovars, growers can now conserve the favorable genetic imprints of this plant. Both the quality and profitability of their grow operations benefit significantly as a result.

Potency and Comparisons to Modern Chemovars

Cannabis ruderalis does not contain the same levels of THC as many modern chemovars. While smoking it will result in a noticeable medicated feel; it won’t result in the intoxicating effects that many experience from modern high-THC chemovars.

Comparatively, C. ruderalis is slightly higher in CBD. Although the levels remain somewhat low, the main benefits of ruderalis in and of itself are medicinal. The CBD content present can help treat inflammation, depression, pain, anxiety, and loss of appetite.

The Drawbacks of Cannabis Ruderalis Genetics

The main use of ruderalis is its influence on light cycles and plant sizes in modern chemovars. But, the main drawback is the lower levels of cannabinoid quantities in the harvested flower. Many popular chemovars of today have ruderalis genetics. However, anyone chasing high-potency buds, rich in THC or CBD, will find that chemovars derived from C. ruderlais genetics fall short.

C. ruderalis genes are no match for some of the insanely high THC options available today. But, it’s still very much medicine. In fact, in parts of Russia and Central Asia, the plant has been in medicinal use for centuries. 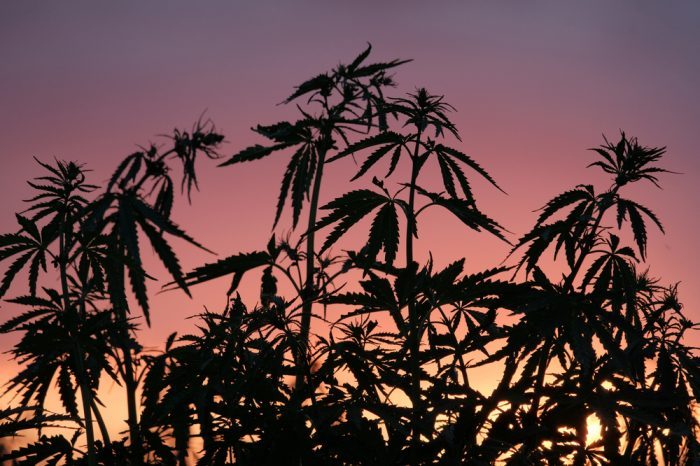 The influence of C. ruderalis on modern cannabis is that subtle genetic imprint leading to autoflowering. But its uses in days gone by were very different.

Cannabis ruderalis played an important role in both Russian and Mongolian folk medicine. It appears that treating depression was its primary use.

The Mongolian Academy of Sciences sponsored a project aimed at documenting all the shamanic folk and Lamaistic knowledge about medicinal plants. Many of the findings are summarized in the book Marijuana Medicine: A World Tour of the Healing and Visionary Powers of Cannabis. Here, author Christian Rätsch expanded upon the findings claiming that Cannabis ruderalis was likely popular with Mongolian shamans in the Altai in conjunction with juniper to induce shamanic trances.

A Mongolian medicine, named bagaschun, apparently made of hemp derived in the Altai mixed with juniper and bat guano. This potent combination — also known as ‘mumio’ in Russian folk medicine — was known to be a cure-all in local communities.

With such beneficial genetics, C. ruderalis varieties play an important role in many of the modern chemovars we enjoy. From providing novice growers with an easy way to achieve flowering plants, to decreasing the plant sizes, this ancient medicine is still very much medicine today.