Researchers Looking Into How CBD May Restore Gut Health

The endocannabinoid system (ECS) maintains homeostasis throughout the human body. Accordingly, it serves many physiological roles. One of the chief roles is regulating gastrointestinal (GI) functions. Therefore, it is not surprising that evidence suggests a dysfunctional ECS may contribute to intestinal disorders. So, can cannabis help bring balance to the ECS, and concurrently restore gut health?

The ECS and How to Potentially Restore Gut Health

The ‘munchies’ being particularly associated with cannabis consumption is not a mystery. Science established the specifically ECS-mediated gut-brain connection a long time ago. In a study published in the Journal of Neuroscience (2002)[1]Gómez, R., Navarro, M., Ferrer, B., Trigo, J. M., Bilbao, A., Del Arco, I., … & de Fonseca, F. R. (2002). A peripheral mechanism for CB1 cannabinoid receptor-dependent modulation of … Continue reading, the researchers provided the first evidence of a peripheral mechanism for endocannabinoid control of feeding.[2]DiPatrizio, N. V. (2016). Endocannabinoids in the Gut. Cannabis and Cannabinoid Research, 1(1), 67-77.

The researchers found that when they withheld food from rats, there was an increase in the production of anandamide, an endogenous CB1 receptor agonist.[3]Di Marzo, V., & De Petrocellis, L. (2012). Why do cannabinoid receptors have more than one endogenous ligand?. Philosophical Transactions of the Royal Society B: Biological Sciences, 367(1607), … Continue reading Systemic administration of anandamide increased feeding, while Rimonabant, a CB1 inverse agonist, inhibited feeding. As an exogenous CB1 agonist, THC stimulates feeding, and makes people get the ‘munchies’. 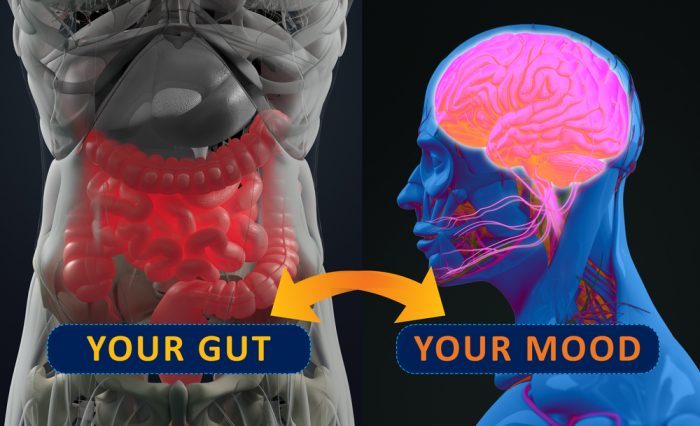 Endocannabinoid Signalling and “The Munchies”

This first study, in combination with more recent investigations,[4]DiPatrizio, N. V., & Piomelli, D. (2015). Intestinal lipid–derived signals that sense dietary fat. The Journal of Clinical Investigation, 125(3), 891-898. supports the notion that endocannabinoid signaling mechanisms participate in the control of feeding and energy balance, chiefly through interactions with the vagus nerve.

Ten to twenty percent of the vagus nerve connects to the digestive system. From there, it relays signals from the brain to aid in moving food through the gut. Subsequently, other eighty to ninety percent sends sensory information to the brain about muscle contraction, food movement, and feelings of satiety and hunger. The widespread ECS involvement in the digestive system opens the door to cannabinoid-based therapies for treating conditions of the gut. Research suggests that THC and its non-psychoactive partner, CBD, can play a major role in restoring gut health across a wide array of physiological functions.

Gut motility is the contracting and stretching of GI muscles that control the movement of food throughout the digestive system. Without normal gut motility, people may experience pain, nausea, bloating, diarrhea, or constipation. Together, these symptoms characterize irritable bowel syndrome (IBS). Laboratory findings from decades ago provide evidence that cannabinoids help regulate gut motility.

RELATED  Risk Of Pregnancy Loss May Increase For Cannabis Consumers

Firstly is a study published in the British Journal of Pharmacology in 1973. Here, the researchers found that THC inhibited GI motility in mice.[5]Chesher, G. B., Dahl, C. J., Everingham, M., Jackson, D. M., Marchant‐Williams, H., & Starmer, G. A. (1973). The effect of cannabinoids on intestinal motility and their antinociceptive effect … Continue reading A more recent review published in the European Review for Medical and Pharmacological Sciences (2008) confirms these findings. Secondly, it shows that they are consistent across other in vivo studies and that CB1 receptor activation mediates the inhibited response.[6]Aviello, G., Romano, B., & Izzo, A. A. (2008). Cannabinoids and gastrointestinal motility: animal and human studies. European Review for Medical and Pharmacological Sciences, 12(Suppl 1), 81-93.

Furthermore, the authors outlined that cannabinoids reduce gut motility in randomized clinical trials and that the gut ECS may be a target for treating disorders of GI motility. This could include IBS and other more debilitating GI conditions.

The Effect of THC and CBD on Intestinal Permeability

A defective mucosal barrier in the digestive system can lead to increased intestinal permeability. Moreover, it can subsequently trigger an immunological response of inflammation.[7]Michielan, A., & D’Incà, R. (2015). Intestinal permeability in inflammatory bowel disease: pathogenesis, clinical evaluation, and therapy of leaky gut. Mediators of Inflammation, 2015. Therefore, minimizing permeability is a key target for therapeutics designed to treat inflammatory gut disorders.

In a study published in the British Journal of Pharmacology (2012), the researchers induced an inflammatory response, and increased permeability in human epithelial colon cancer cells. They did so by treating them with inflammatory cytokines.[8]Alhamoruni, A., Wright, K. L., Larvin, M., & O’sullivan, S. E. (2012). Cannabinoids mediate opposing effects on inflammation‐induced intestinal permeability. British Journal of … Continue reading The researchers then further applied various exogenous and endogenous cannabinoids, including THC and CBD, coupled with anandamide and 2-AG. Compared to standard expectations, the results were quite surprising.

THC and CBD improved recovery from the cytokine-induced increased permeability. Meanwhile the anandamide and 2-AG increased permeability, but led to additional inflammation. Furthermore, inhibiting the breakdown of anandamide and 2-AG worsened permeability, and inhibiting the synthesis of the endocannabinoids improved permeability. This study provides a rationale for continued exploration into the efficacy of cannabinoids for the treatment of inflammatory gut disorders. In spite of these particular findings, positive preclinical findings have translated into intriguing preliminary results in humans.

RELATED  Sperm Development May be Impacted by Cannabis Consumption 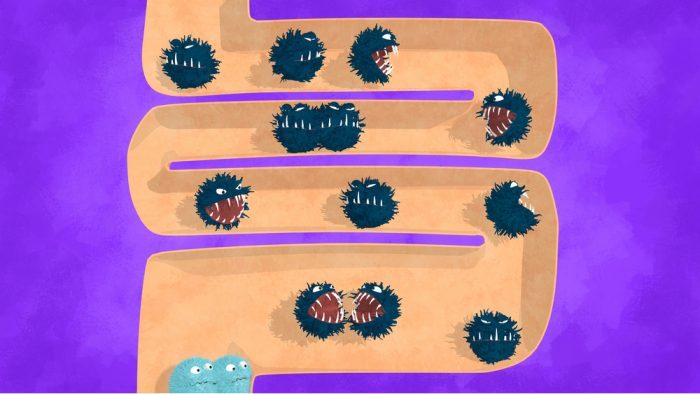 Cannabis for the Potential Treatment of Inflammatory Bowel Disease

One of the most important publications in the pro-cannabis for gut health is camp is this one. A 2020 survey published in Crohn’s and Colitis 360 interviewed ulcerative colitis and Crohn’s disease patients, respectively. Firstly, it is important to note that the patients were actively consuming cannabis for their IBD. During the study, the researchers found that ninety-seven percent and eighty-two percent of patients reported that cannabis had a positive effect on their IBD-related symptoms.[9]Benson, M. J., Abelev, S. V., Connor, S. J. Corte, C. J., Martin, L. J. Gold, L. K., … & McGregor, I. S. (2020). Medicinal Cannabis for Inflammatory Bowel Disease: A Survey of Perspectives, … Continue reading

Conversely, an important note: These are patients who were already consuming cannabis to help their gut health. They are, correspondingly, way more likely to suggest that it helps. Conversely, however, eighteen percent of total IBD respondents report that they consume cannabis to treat IBD.

Another recent review published in the same journal (2020), suggests that similar statistics are present in Canada and the United States.[10]Scott, F. I. (2020). Marijuana Use in Inflammatory Bowel Disease: Understanding the Prevalence and the Potential Pitfalls. Crohn’s & Colitis 360, 2(2), otaa016. Overall, the low prevalence of IBD cannabis treatment may be underscored by the paucity of available clinical evidence, and a demonstrated minimal effect on disease activity (so far).

The author of the review details that the evidence is scarce, and limited to two small randomized controlled trials. In the first trial, forty-one percent of patients receiving THC experienced clinical remission compared to only ten percent in the placebo group. However, there were no improvements in inflammatory biomarkers suggesting that improvements were related to a reduction in abdominal pain. In the second trial investigating the potential of CBD, there were no significant reductions in clinical symptoms. But, there were no improvements in inflammation either.

However, these trials were small. Accordingly, to fully grasp the effect of cannabis on IBD, researchers need to conduct larger clinical trials. There are many factors to consider, including the most effective dose and chiefly, the appropriate cannabinoid profile.

Although research into cannabinoids for treating GI conditions has been around for decades, large, well-designed, studies are only now getting off the ground. The barriers to further cannabis research are finally being knocked down by steady increases in legalization. Moreover, they are likely to bring corresponding increases in research interest and available government and non-government funding.

Like many other areas of cannabis research, the preclinical evidence is promising overall. Nevertheless, without concrete conclusions from human trials, cannabis for the treatment of GI disorders will likely continue to sit on the sidelines of clinical practice.