Root medicine reaches way back into ancient times, but does it have a place in modern medicine?

Today, cannabis plant roots have largely been ignored in favor of the potent flowers that top the plant. However, the roots of the plant have potential for a variety of therapeutic applications. Present-day researchers are looking back through the history books to investigate how people prepared and used cannabis root medicine. After combining chemical analysis with studies on the many isolated compounds, modern science has discovered several novel applications that may have therapeutic value for humans.

For those patients that grow their own, cannabis roots are readily accessible. And one day, commercial growers may process the roots into a rich, all-natural remedy for a variety of inflammatory ailments. After all, why let a possibly medicinally benefit go into waste?

One look at medical cannabis today and it’s obvious what breeders have focused on in recent decades. Cannabis today, revolves entirely around the flower (bud). Cannabis flowers in the 21st century are rich in cannabinoids, particularly THC and CBD. Healthy plants produce bountiful, resinous buds. Currently, there doesn’t appear to be much commercial value for the leaves, seeds, and stems, but there are still ways to use them medicinally.

So, what about the roots? Historical evidence tells us that the roots were valued in ancient medicine. But, cannabis is far from the only plant with root medicine. A few popular ones today include kava kava, ginger, valerian, echinacea, and ashwagandha.

According to the plant’s history, as presented in a 2017 paper published in Cannabis and Cannabinoid Research, the first written evidence of cannabis root medicine comes from a Roman historian named Pliny the Elder. Born in 23 AD, Pliny the Elder described how “a decoction of the root in water relaxes contractions of the joints and cures gout and similar maladies.” However, gout was far from the only application this medicinal root was used for. [1]Ryz, N. R., Remillard, D. J., & Russo, E. B. (2017). Cannabis Roots: A Traditional Therapy with Future Potential for Treating Inflammation and Pain. Cannabis and cannabinoid research, 2(1), … Continue reading

Other Applications of Cannabis Root Medicine

The authors behind the 2018 paper Cannabis Roots: A Traditional Therapy with Future Potential for Treating Inflammation and Pain, detail accounts of cannabis root medicine for arthritis, joint pain, and general inflammation. The paper — which was published in Cannabis and Cannabinoid Research — found historical notes about cannabis root for fever and infections. Additionally, healers may have used it for painful childbirth, sexually transmitted diseases, hard tumors, and skin burns. In other words, the roots had widely applicable uses. [2]Bouic, P. J. (2001). The role of phytosterols and phytosterolins in immune modulation: a review of the past 10 years. Current Opinion in Clinical Nutrition and Metabolic Care, 4(6), 471–475. doi: … Continue reading

So, how was the root of the plant prepared for all these historical applications? Its preparation and method of application varied depended on the treatment. Most of the time, the roots were boiled, then turned into a tea or topical poultice. 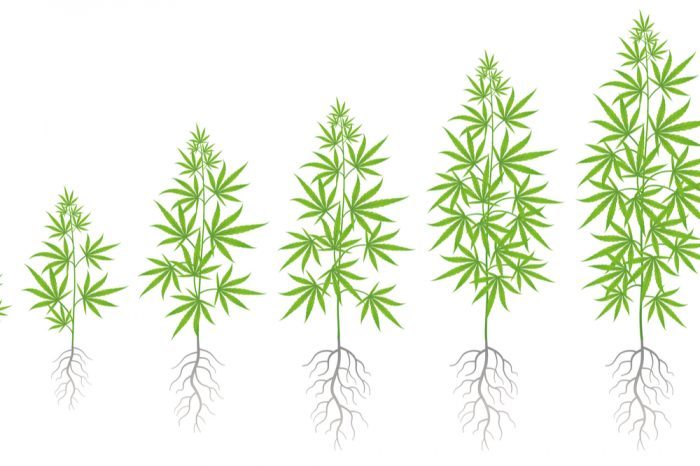 The active ingredients within fresh cannabis roots include:

RELATED  Fields of Hemp Are Completely Destroyed For 'Running Hot'

Does modern science support the historic applications? In many cases, it does.

The reported applications for arthritis, joint pain, and various other types of inflammation may chiefly come from the phytosterols, alkaloids, friedelin, and a complicated compound called N-(p-hydroxy-β-phenylethyl)-p-hydroxy-trans-cinnamamide.

Consequently, some of the compounds in cannabis root medicine may be valuable for sexual and reproductive issues. According to the piece “Effect of Maytenus ilicifolia Mart. on pregnant mice,” published in Contraception in 2002, friedelin may have “estrogenic activity.” [5]http://www.sijbs.com/index.html/assets/35-38.pdf Another paper published in Pharmacognosy Research also supported the estrogenic activity of the compound. The authors of the 2002 study determined that using an animal model, friedelin “showed estrogenic activity as indicated by vaginal cornification, increase in uterine weight and rise in serum estrogen.”[6]Aswar, U. M., Bhaskaran, S., Mohan, V., & Bodhankar, S. L. (2010). Estrogenic activity of friedelin rich fraction (IND-HE) separated from Cissus quadrangularis and its effect on female sexual … Continue reading

Many, if not most, of the historical applications of cannabis root medicine seem tentatively viable, given current research. There are already ongoing investigations into many of the compounds found in the plant’s roots.  However, in the standard way to investigate them, the compounds must be isolated from other plant materials. This means that the full effect of all of them together is less studied. Theoretically at least, the entourage effect theory applicable to cannabinoids may also prove applicable to cannabis root medicine.

How to Dose Cannabis Root Medicine

What is the best way to safely prepare and dose cannabis roots for medicine? To date, there are few guidelines beyond the details within ancient texts. Researchers and the general public know little about how the many compounds in cannabis roots impact the human body, especially over the long term.

For example, patients will discover most recipes found online come from suspect or non-medical sources. They are neither peer-reviewed nor written by healthcare professionals, and this is obviously a cause for caution and concern.

Additionally, there is not enough information from trustworthy sources to provide dosing guidelines for cannabis root medicine. So, patients who want to make use of the cannabis roots should work with a naturopath, physician, or other experienced healthcare professional to determine the best dose.

What are the Risks of Using Cannabis Roots?

Each of the compounds in the roots of cannabis has demonstrated medicinal value in preliminary studies, but as a rule it’s too early to conclude the full benefits and risk profile.

The vast majority of these studies are animal-based, and use isolated compounds. Patients need to know how cannabis root compounds work together, as well as interact with other pharmaceuticals. Furthermore, all roots are not the same. Just as cannabinoids vary from one strain to the next, the same likely happens in the roots. Unfortunately, researchers haven’t done enough testing yet to find out how.

Further, cannabis root medicine may come with risks. Already, studies show that some of the compounds in the roots interact with other drugs. For example, the estrogenic activator friedelin impacts two enzymes in the liver (CYP3A4 and 2E1), which may affect the processing of other drugs. A 2018 paper published in Pharmaceutical Biology, “suggested that Friedelin has the potential to cause pharmacokinetic drug interactions with other co-administered drugs metabolized by CYP3A4 and 2E1.” [7]Wei, J., Zhang, H., & Zhao, Q. (2018). In vitro inhibitory effects of Friedelin on human liver cytochrome P450 enzymes. Pharmaceutical biology, 56(1), 363–367. doi:10.1080/13880209.2018.1491999

Since scientists haven’t yet totally assessed the roots of the cannabis plant with modern scientific techniques, there are risks to using cannabis root medicine long term. These risks pertain especially to cannabis roots in conjunction with other medicines, and perhaps with certain medical conditions. 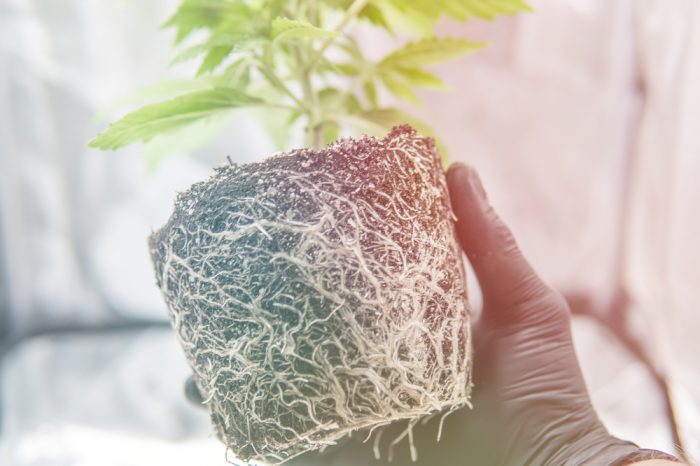 Finally, with more study, cannabis root medicine could hold massive therapeutic potential for a wide variety of conditions. But, until the literature has explored possible interactions and applications, it is best used only under the careful guidance of an experienced healthcare provider. So, patients should not try to determine cannabis root medicine doses, methods of ingestion, or preparations, on their own.