RSO: Does It Have To Be High THC?

Rick Simpson created the method and the recipe for making super-concentrated cannabis oil he claims treated his own skin cancer.

Rick Simpson Oil or RSO is sometimes considered the original cannabis cure-all. It has been used for over 20 years!

The story behind RSO starts with Rick Simpson, a Canadian cannabis activist now living in Europe. He became a cannabis activist after treating his skin cancer with RSO. It came to define his life both personally and professionally.

The Man Behind the Oil

The most important part of RSO might be the power behind Rick Simpson’s personal story. He was working in a hospital in 1997 when he fell, hit his head, and went out like a light. When he came to, he found his way to the emergency room, where the emergency docs gave him some pain medicine and recommended he visit a family practice physician in the upcoming days.

When he did, Simpson mentioned how dizzy he’d been since the fall. Pain was constantly attacking him. He didn’t feel like himself. He’d read up on possible treatments, and asked the doctor about using medical cannabis. He was laughed out of the office, but he tried it anyway.

To his surprise, the cannabis worked. He returned to work immediately and went about his business.

A while later, Simpson found three small, off-colored, bumps on his arm. He suspected the worst. A consultation with his physician confirmed that he had skin cancer. Yet again, the doc was against using cannabis as treatment. Rick’s mind, however, was already made up.

He began to pour through all scientific literature regarding present and traditional treatments for cancer. In the meantime, he continued to take cannabis.

Just a short while later, the bumps disappeared and Rick’s doctor cleared him of skin cancer. When Rick told him how he felt he’d been healed, the physician wasn’t convinced. It was then that Rick realized that if other people were going to benefit from cannabis, he’d have to spread the word himself. 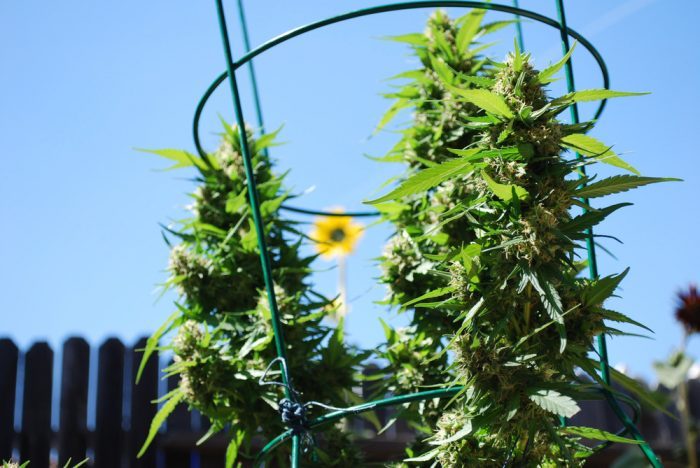 The Birth of RSO

Simpson dedicated his life (and his back yard) to cannabis. He began to cultivate cannabis plants and produce oil from the yield.

His process was a simple DIY procedure that he perfected from traditional techniques used by medical pot forefathers like Dr. William Brooke O’Shaughnessy. Rick Simpson’s outspoken nature, dedication to the cause, and free giveaways of his cannabis oil naturally led people to start calling the concoction “Rick Simpson Oil”, or RSO for short.

Rick Simpson himself was enamored with high-THC cannabis for his oil, but he freely admits that high-CBD bud may work just as well. As of yet, he hasn’t done many experiments to test that, though. High-THC indica strains have been well-documented, but as the CBD market continues to bloom, more and more people are may seek CBD-heavy RSO.

How To Make RSO:

RSO is a simple DIY affair, but not at level ‘easy’. To make it, you’ll need a pound of dried cannabis, two deep buckets, two gallons of solvent (Simpson recommends ether or light aliphatic naphtha, and personally uses isopropyl. There are less toxic options. See note on this below), coffee filters or cheese cloth, a jug, rice cooker, a stainless-steel cup, and plastic dropper or syringes to collect the oil. The result should be about 60 grams of RSO and should have the consistency of thick grease.

RELATED  Shatter Can be 90% THC

A Note on Solvents

The solvents used to create RSO are usually toxic to some degree. Inhaling the fumes during the process is bad for your health, which is why a well-ventilated area is ideal. You can also use a fan to blow the fumes away while it’s cooking.

Some people claim using isopropyl alcohol is problematic because some carcinogens never evaporate. If you do decide to use isopropyl alcohol, get the best stuff you can find — food grade at least. Rick Simpson himself uses isopropyl. Some people have used Everclear or butane as a solvent. Whatever you use, be sure to do your research first. 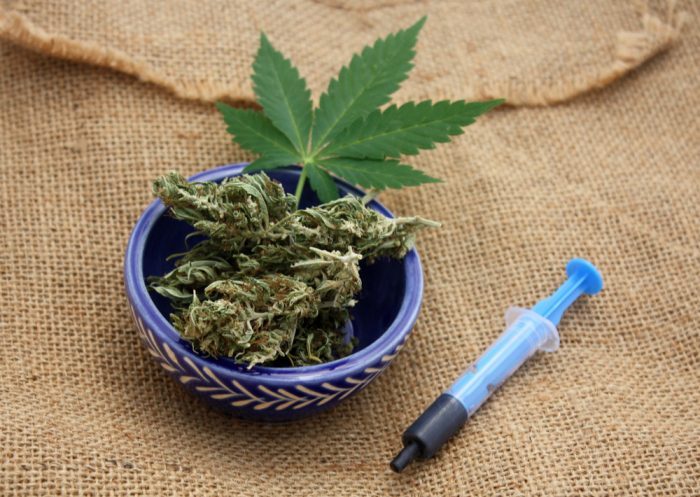 As with all medical cannabis, the best advice is to start low and slow. Rick Simpson recommends beginning with a quarter of a drop three times a day and doubling the amount every four days. After 3-5 weeks, patients should be consuming about 1 gram (or ml) per day — which is the therapeutic dose. When you get there, you can stop doubling and just maintain.

Some like to put the RSO under their tongues, while others recommend smearing a bit on your teeth, then chugging some cold water and using your tongue to scrape the RSO off their teeth before swallowing. RSO doesn’t taste great, but it only lasts for a moment. Some patients take the dose and put it onto a piece of bread. This technique reduces the bitter flavor.

In the end, RSO refers to a method of making concentrated oil. It’s possible to make CBD-rich RSO, but Rick Simpson has not given dosing information on that. It would be interesting to see this come about, as animal models show that CBD has potential power in preventing metastasis.