My Life Was Hopeless Inside my Oxy Addiction

I owe my life to cannabis. I would say to anyone who says ‘weed is for stoners’ you are DEAD wrong.

I was in the Canadian military and was injured on an obstacle course and was put on heavy painkillers (Oxycontin). I developed an addiction to the Oxy, to these so called “medications.” Once I was out of the military, my addiction became worse and I lost everything, including my wife and children.

My Life On Oxy Was Hopeless.

One day, a friend suggested cannabis. I thought what the hell, it couldn’t be any worse than the pills. I started using cannabis and it did more for my pain than all the opiates combined!

The withdrawal from the pills was the most difficult thing I had ever experienced and without the cannabis I would never have been able to get off them.

I owe my life to cannabis. I would say to anyone who thinks “weed is only for stoners” you’re dead wrong. 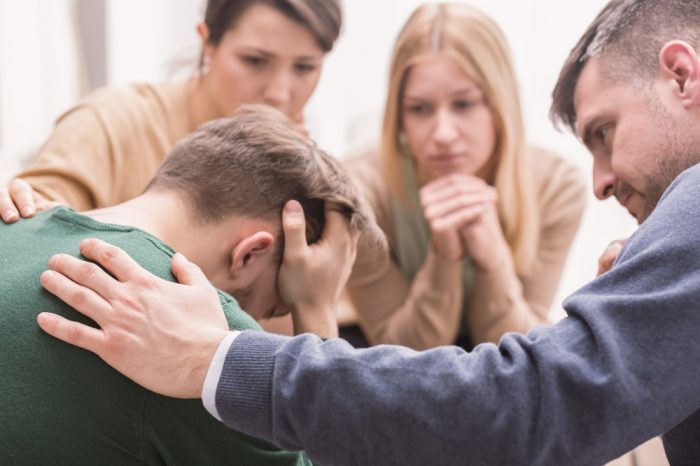 From RxLeaf: The Road to Addiction – Oxy and Otherwise

Oxy addiction is a common side effect of an opioid prescription. especially in the higher doses regularly prescribed to military personnel. And make no mistake — the dependence is hell.

Opioids like OxyContin (which is a time-release version of Oxycodone) work by adhering to the central nervous system’s opioid receptors. When the drugs bind to these receptors, it changes how the nervous system interprets pain signals, making people feel better. At the same time, OxyContin releases a wave of dopamine in the brain that produces a warm and fuzzy high.

The combination good feelings inspired by OxyContin, through pain relief and a euphoric high, make it a particularly susceptible candidate for addiction.

As the body builds up a natural tolerance for opiates, patients need more and more of the drug to achieve the same effects. At the same time, the brain’s natural amount of dopamine begins to drop off, according to research published in Neuropsychopharmacology (2008).

As chronic pain patients take more and more OxyContin to relieve their agony, they develop a physical and mental dependency on the opioids to create dopamine. Once the Oxy addiction is in full swing, addicts’ brains cease to produce dopamine in normal amounts. Eventually, the brain makes so little dopamine that life begins to dull and joyless without oxy. Moodiness and depression set in.

This is why Oxy addiction is so harmful. It moves beyond the realm of pain, and eventually robs patients of their joy. Quitting cold turkey brings not only more pain — but depression to boot. Sadly, that’s a recipe for suicidal behavior.

Since 2001, medical watchdogs have been sounding the alarm against the over-prescription of Oxycodone-based medicines like OxyContin. The negative feelings associated with addiction are so bad that we’ve spent nearly two decades trying to warn users about the ill effects, but to little avail.

Often, patients feel stuck between two extreme options: A life of depression and pain or a life of Oxy addiction — and both often lead to premature death. While some users make it through alive, every year more people die from overdoses. Last count, more than 70,000 Americans a year died from an Oxy OD. 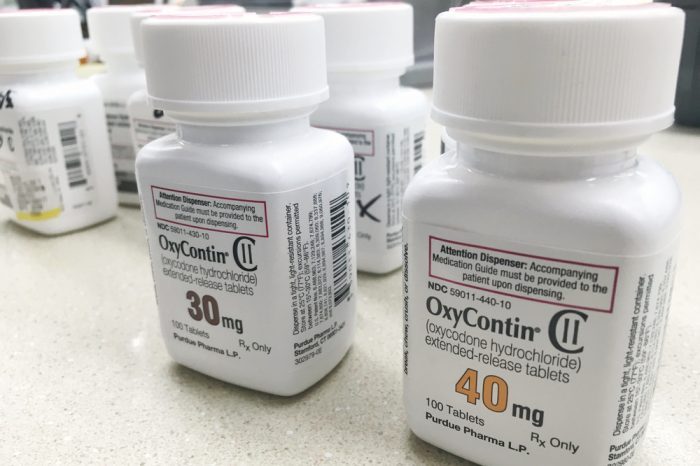 Luckily, there’s hope. The addiction spiral of OxyCodone medicines could be remedied with cannabis.

The natural pain relievers and good feelings that come from cannabis are much safer than what comes from the opioids. Cannabis is also much less addicting, and doesn’t produce the withdrawal symptoms and dopamine depletion that comes with an Oxy addiction.

That’s why so many people have made the switch from a lifetime schackled to ever-increasing amounts of Oxy to good ol’ cannabis. Cannabis manages the pain without ripping joy out of life.

But it’s not easy. As the soldier’s story mentions, quitting pain pills is difficult. The pain relief and good feelings that cannabis brings can help combat the depression and agony that accompany opioids withdrawal, but the body still goes through changes while it re-adapts to life without Oxy addiction.

Slowly, the brain begins to increase dopamine production, and eventually patients even out. Chronic pain will still persist, and it can a few trials of different strains or chemovars of cannabis to find the one that best stops it.